Hurricane Ian industry loss estimated up to $40bn by Fitch

Another data point for those looking at the implications of major hurricane Ian’s path through Florida, rating agency Fitch says the insurance and reinsurance market loss is likely up to $40 billion. 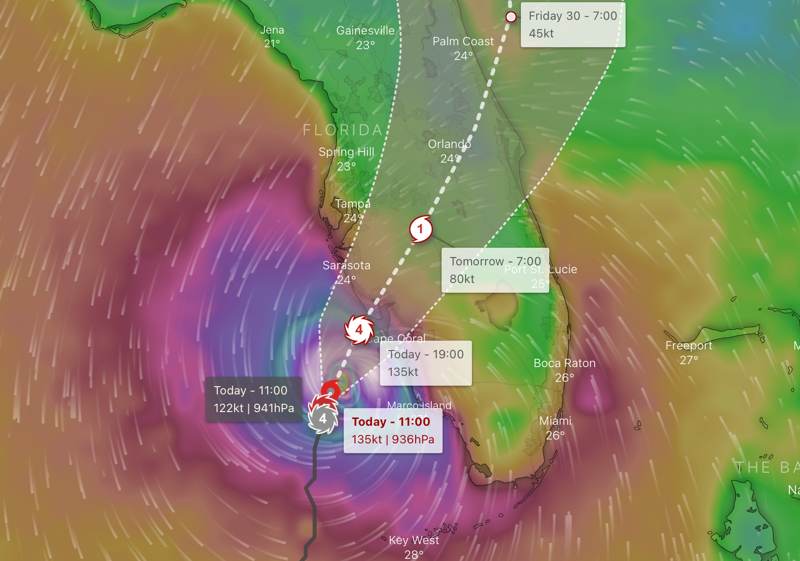 Fitch Ratings said that, based on its initial analysis, insured losses from hurricane Ian could range from $25 billion to $40 billion for Florida alone, with a potential increase possible depending on how severe the impact of Ian is in the Carolinas for its second landfall.

At these levels of insurance and reinsurance market loss, Fitch said that while “substantial” they are unlikely to affect credit for rated property & casualty (PC) re/insurers, given ample capital levels and their ability to increase premium rates.

On the other hand though, Florida insurance specialists that are unrated by Fitch are deemed more exposed and “at risk”, the rating agency said, especially as these companies have already suffered financial losses and diminished capital in recent years, making them particularly vulnerable to large catastrophe events that result in losses in excess of reinsurance limits.

Fitch Ratings early estimate compares to CoreLogic’s range of $28bn to $47bn and adding further weight to the calls for the eventual industry loss to be something well in-excess of $30 billion, it now seems.

On Florida Citizens, Fitch cautions that, “strain on Citizens and its continued growth adds to the vulnerability of the insurance market to the next catastrophic event.”

The ramifications of a loss like hurricane Ian are set to be significant for Florida’s insurance marketplace, Fitch believes.

“The hurricane is expected to worsen the reinsurance capacity crisis for insurers, potentially causing the exit of more Florida specialist companies,” the rating agency warned.

In addition, should hurricane Ian result in a flood loss close to the magnitude of 2017’s hurricane Harvey, Fitch cautioned that private reinsurers could be on the hook for as much as $1.1 billion of losses from the NFIP’s reinsurance program.

At that level of NFIP reinsurance recovery, it would include some of the FloodSmart Re cat bonds, which as we explained earlier today are deemed at risk after hurricane Ian.