While the insurance, reinsurance and insurance-linked securities (ILS) industry works to understand its exposure to hurricane Ian’s major landfall event in Florida, the storm has now crossed that state, emerged back into the Atlantic and is forecast to make a second hurricane force landfall in South Carolina tomorrow.

At the moment, Ian is a tropical storm again, but already since it has emerged into the Atlantic off the east coast of Florida, Ian has intensified a little to now have 70 mph sustained winds again.

With the Atlantic waters plenty warm enough for intensification, a Category 1 hurricane landfall in South Carolina is currently being forecast.

But those warm waters could see hurricane Ian intensify, so there’s a slim chance of it reaching a higher category, if the storm can feed off the Gulf Stream to build intensity again.

Tropical storm force winds extend outwards up to 415 miles from the center of the storm, meaning this will be a very large hurricane once it intensifies today and tonight, so it will be interesting to see what the status is of hurricane Ian tomorrow as it nears its second landfall. 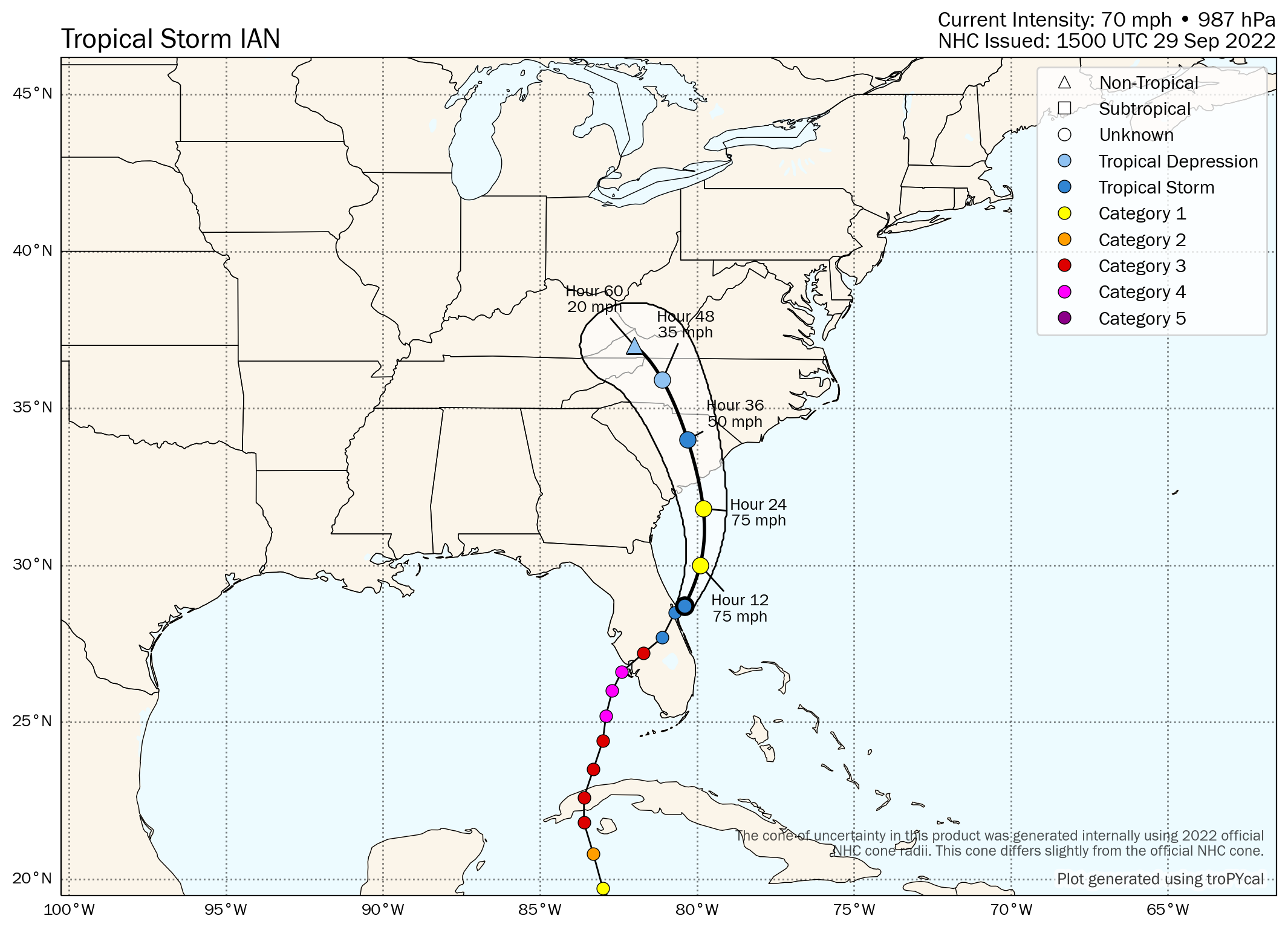 Some of the forecast models now predict that hurricane Ian will intensify, with central pressures as low as 979 mb or 977 mb shown as hurricane Ian approaches South Carolina somewhere between Savannah and Charleston.

The consensus seems to be for a Category 1 landfall though, but perhaps at the mid to higher-end of that category, with sustained winds nearing 80 to 90 mph.

Up to 7 feet of storm surge is forecast for parts of the South Carolina coast as well, which could cause coastal inundation, while 4 feet or more is predicted right the way along the north Florida and Georgia coastline as well. While this second landfall from hurricane Ian is unlikely to create meaningful additional losses, it will complicate matters further for the claims and loss estimation process, while also greatly expanding the footprint of damage from this storm.