Some further data points on the catastrophe bond market impact from hurricane Ian have come to light, in the form of pricing sheets and also some output from modelling company tools that generate loss estimates information specifically for the cat bond market and insurance-linked securities (ILS) investors. 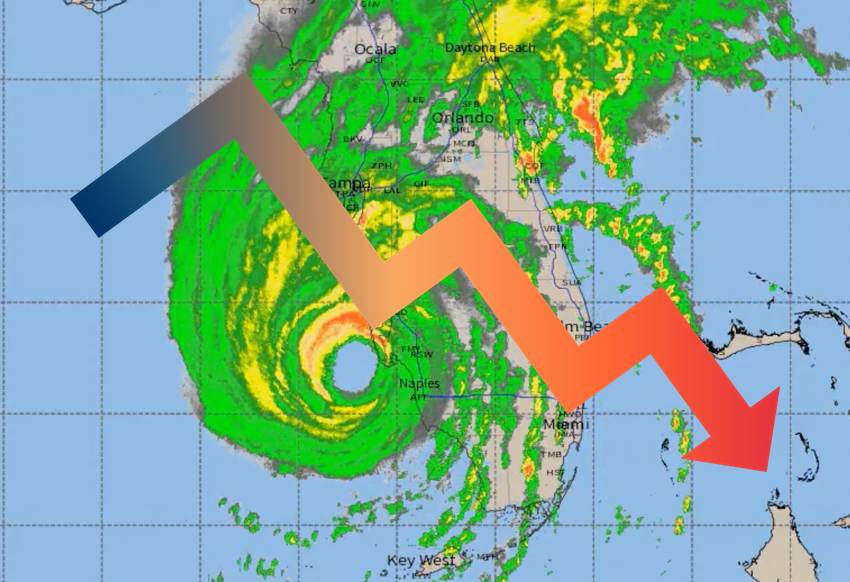 First, on the pricing sheet side, we’ve seen a number since the marking of positions and secondary market prices for the end of September and the general indication is that most sheets have been marked down to imply a market-wide decline of between 5% and 10% across the sheet.

If we think of the average catastrophe bond pricing sheet listing names that account for somewhere around $34 billion to $36 billion of cat bond risk capital outstanding, it suggests a figure of between $1.6 billion and $3.6 billion of value lost on the hurricane Ian marking down of secondary cat bond positions.

It’s important to note we haven’t seen all the possible cat bond pricing sheets at this time, so this doesn’t cover all the broker desks that trade in cat bonds, but we feel it’s likely they will all fall within, or close to, this range of market value wiped out on hurricane Ian’s initial impact assessment.

Where it’s possible to break out US wind catastrophe bonds and multi-peril cat bonds, pricing sheets seem to indicate a roughly 12% to 15% hit to the cat bonds that are specifically US wind exposed, which is around $7.5 billion to $8 billion of risk outstanding, and a roughly 5% hit to the bucket of multi-peril catastrophe bonds, which is more than $16.5 billion outstanding on most sheets.

Which would seem to indicate something closer to a $1.6 billion to $2.2 billion initial hurricane Ian hit for the cat bond market, providing a tighter range.

Really important to note these are mark-to-market losses and not based on claims notifications or recoveries made to catastrophe bonds, as a result of which a decent proportion of this should be recovered back, while some loss of value to specific cat bond names is almost certainly going to increase as greater clarity over hurricane Ian’s losses emerges for sponsors reinsurance towers.

The other data points we’ve now seen are modelled outputs from the leading catastrophe risk modeller tools that are specific to the catastrophe bond and insurance-linked securities (ILS) market.

The data we’ve seen provides post-landfall insights on modelled hurricane event scenarios that are considered closest to hurricane Ian, with industry loss estimates and also estimates of impacts to the current catastrophe bond database these modellers have, which are very similar to the names in the pricing sheets, or to our own Artemis Deal Directory.

As a result, these model outputs can give cat bond fund managers and ILS investors a way to approximate the possible impact of a major catastrophe event on the cat bond market, also highlighting specific cat bond names that are considered especially at-risk.

It’s always important to point out that this kind of data source are provided to support fund manager and investor decision-making and are best estimates of an event very soon after it occurs, not expected to be an exact representation of a loss at this time.

But, in this case, they support the data from the pricing sheet mark-downs quite well, with a similar range of $1.8 billion to as high as $3.6 billion, in the data we’ve seen and discussed with sources.

The upper-end ties in well with the upper-end of pricing sheet implied mark-to-market losses, while the lower-end fits well with the more narrow range where US wind and multi-peril bonds cat be broken out and looked at absent the cat bonds that aren’t at risk anyway.

We need to stress, these are mark-to-market impacts to the cat bond market and modelled estimates of potential losses from hurricane Ian, so not representative of actual market losses.

But, once again, they provide more weight to an expectation that hurricane Ian could turn out to be the biggest single loss event for the catastrophe bond market in its history, if the ultimate cat bond market loss falls even close to this range.

Finally, it’s important to consider the historical context when it comes to catastrophe bond losses.

In Morton Lane’s excellent paper on cat bond losses up to the end of year 2020, he counts $3.472 billion of known and market estimated losses since the beginning of the cat bond market, with more yet to be realised as development was continuing at that stage.

Which was below the expected for that period and in many cases cat bond event losses came out far lower than the initial marking and modelling suggested.

For hurricane Ian to ultimately drive more than $1 billion of realised catastrophe bond losses on its own would be historic and this storm has the potential to do that.

Of course, where aggregate cat bonds are concerned, it will take additional qualifying events to tip any of these bonds into realised loss territory, so much of that market decline could be recovered in time.

– Early data suggests cat bond funds down around -3% to -9% after Ian.