According to insurance-linked securities (ILS) focused consultancy Lane Financial LLC there is growing evidence that risk models used by ILS and collateralised reinsurance markets may underestimate the true levels of losses resulting from catastrophe events. 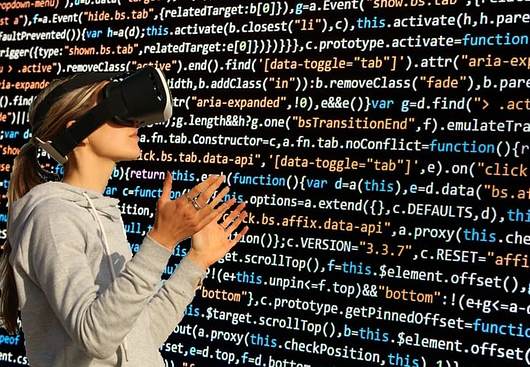 Judging the how well risk models perform when compared to the reality of the impact of a major catastrophe event is an interesting exercise and something the experts at lane Financial do very well.

But of course risk models are directional tools and should never be expected to perfectly match the actual ILS or reinsurance market’s loss. However they should at least provide a sufficiently virtual copy of reality to enable investment and underwriting decisions to be made.

Lane Financial has looked before at the level of losses suffered by the ILS fund market and concluded at the time that “what you see, is what you get”, as in the accumulated losses experienced by the ILS market were consistent with what the risk models typically predicted.

The analysis suggests that this does remain basically true, that ILS market losses are relatively consistent with expected losses, but also says that, “there is growing evidence, or at least at minimum a case can be made, that models are under-estimating real losses.”

Lane Financial concentrated its analysis on years 2001 onwards, when the ILS market issuance of catastrophe bonds was largely focused on reinsurance and retrocession transactions for in the main fairly well modelled catastrophe perils.

Including both known catastrophe bond losses and those implied by market to market price movements in the secondary catastrophe bond market, Lane Financial analysed roughly $2.446 billion of losses affecting ILS over the period.

Analysis finds that while the actual ILS market losses amounted to $2.446 billion, the expected loss ranged between $2.076 billion and $2.276 billion, depending on whether a standard or warm Sea Surface Temperature model variation were used.

Comparing the difference between the actual ILS market loss and the Warm Sea Surface Temperature model (WSST) expected loss of $2.276 billion Lane Financial said, “Is what you got, close to what you might have expected? Actual loss exceeds expected loss by 7.5%. At first blush they seem close, but after 18 years wouldn’t you have expected them to get closer?”

The analysis does highlight that the gap between actual and expected ILS market losses has been narrowing over time, suggesting greater accuracy in the models.

The analysis discusses the need to ensure that as an ILS fund manager or investor you are constantly using the latest and most up to date risk models, as model updates can result in significant changes in expected losses.

Hence, modelling the portfolio of ILS and cat bonds issued during the period using one model and the latest can turn up very different results.

But the ILS market’s actual loss does seem to be greater than the modelled expected loss, no matter which model version you use.

It’s also important to note the inclusion of wildfire related losses, which is known to be a much less well-modelled peril than U.S. wind. Here the gap between actual ILS market loss and expected or modelled is bound to be much wider.

Concluding their analysis, Lane Financial said, “In the market as a whole, actual losses are broadly as predicted. In some sectors of the market however, e.g., those associated with Wildfire, there has been a wide divergence.

“Investors should be aware of non-modeled perils or less-well-modeled perils in the exposures described. If they find the 7.5% underestimate credible, perhaps they should mentally add that to modeled expectation.

“However, we caution that our analysis is not final. What we have described as known and actual may change, even the expected calculation could shift. The 7.5% is our present conclusion.”

Interestingly the analysis also shows a high likelihood that ILS funds and investors consistently model their expectations of losses using the WSST model variants, else the gap between actual and modelled would be much higher.

Perhaps high enough to cause more questions to be asked, we would add.

Lane Financial say, “Adherence to SSST numbers would dramatically widen divergences. Sea surface temperatures do affect frequency and severity of cat losses. The market is pricing that “climate change” effect into its calculus.”

The Lane Financial team conclude by warning that the real question on losses and modelling them is whether the statistics prove true over the longer-term.

Data on any particular loss event could be hit and miss, when comparing actuals to expected, but over the term the performance of a basket of catastrophe bonds should not model all that differently to their actual loss experience, give or take differences due to the well-modelled nature of some catastrophe perils versus others.

As ever, risk model outputs should be taken as directional and are never going to fully reflect or mirror the actual loss of the marketplace.

Lane Financial’s analysis shows that there are often divergences between actual and expected losses in the ILS market, but that in general the alignment between the two, in terms of direction, remains valid.

Complexity of loss and how modelable risk perils actually are will be the key factors involved and we’d imagine climate change is going to make the alignment between actual ILS market losses and the modelled expectation from software tools even more likely to diverge in years to come.

Intriguing analysis from the Lane Financial team and this can be downloaded in full from their website here.