Climate change and the future state of our climate may mean increased damage and ultimately insurance and reinsurance market losses from hurricanes, as more frequent storms and sea-level rise ramp up storm surge impacts in particular. 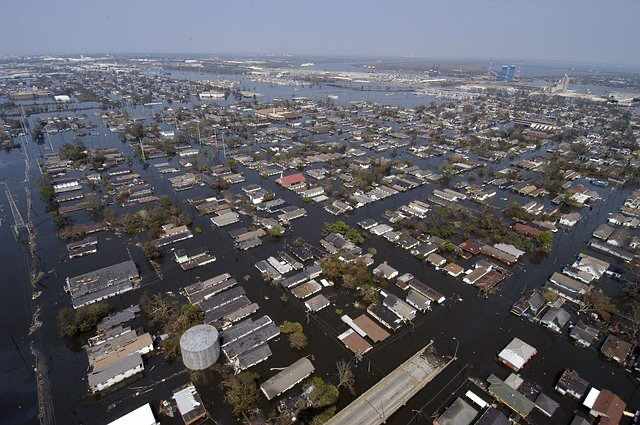 This is the conclusion of a study undertaken by risk modeller AIR Worldwide, insurance and reinsurance firm AXIS Capital and the Brookings Institution.

“Climate-related risks are among the most serious issues facing the world today and insurers have a critical role to play in mitigating them. Investing in ongoing research like today’s, in partnership with AIR and Brookings scholars, is essential,” explained Albert Benchimol, President & CEO at AXIS. “While climate change is likely to affect hurricanes in multiple ways, the report highlights two important aspects: an increase in the frequency of the strongest storms, and additional storm surge flooding due to sea level rise.”

The study looked at how climate change could affect hurricane risk in the United States by 2050, specifically related to financial losses caused to residential and commercial properties.

As a result, the conclusion is particularly relevant to insurance, reinsurance and insurance-linked securities (ILS) market participants, as hurricane risk remains the most significant natural catastrophe peril for the marketplace, in particular in ILS and catastrophe bonds.

The results show that increased hurricane event frequency and sea level rise will together have “a meaningful impact on future damage.”

“The growth in the number of stronger storms, and landfalling storms overall, increases modeled losses by approximately 20%, with slightly larger changes in areas such as the Gulf and Southeast coasts where major landfalls are already more likely today,” the report concluded.

20% higher storm surge losses would make a significant difference to insurance, reinsurance and ILS markets and as a result it’s vital these risks are factored into risk models and also pricing models in the industry.

In fact, the study suggests storm surge losses could as much as double by 2050 for some regions, which would significant increase the industry’s loss burden from hurricanes in a typical year.

“The impacts from sea level rise, using the analysis of storm surge for New York, Miami, and Houston suggests that by 2050, sea level rise may increase storm surge losses by anywhere from one-third to a factor of almost two, with larger impacts possible when combined with increases in the number of major storms,” the study organisers explained.

“This analysis points to increased damage and losses from hurricanes without factoring in any changes to the concentration of property exposure along the coast,” Dr. Peter Sousounis, vice president and director of climate change research, AIR Worldwide said. “With more intense hurricanes making landfall, and storm surges from more strong storms on top of a higher sea level, the results presented in this study are only the first step. Additional research into a wider range of impacts is necessary to complete what is surely a more complex picture, particularly related to how risk may change geographically.”

Of course, there’s significant uncertainty around all of this, as the future state of our climate remains challenging to forecast.

In addition, factors such as storm intensity as well as frequency, plus rainfall amounts and how storms degrade over land, will all have a significant bearing on how insurance and reinsurance losses from hurricanes look by 2050.

“The work follows on from related AIR research that considers the climatic effects on atmospheric perils responsible for multiple billion-dollar disasters that occur annually around the world,” Bill Churney, president, AIR Worldwide added. “The modeling tools and data presented in this report can be extended for additional perils, including inland flooding, wildfires, and convective and extratropical storms. While there is considerable uncertainty in how extreme event risk may evolve in a warmer climate, these models are a practical approach to assessing the potential impacts.”

The full study can be found here.

« Older article Hannover Re lifts Seaside Re catastrophe bonds to $136.4m for 2021