The level of industry losses faced by insurance and reinsurance interests after the impacts of sub-tropical storm Alberto in the United States is expected to be minimal, with catastrophe risk modellers Karen Clark & Company estimating that the insured impact will be close to $50 million. 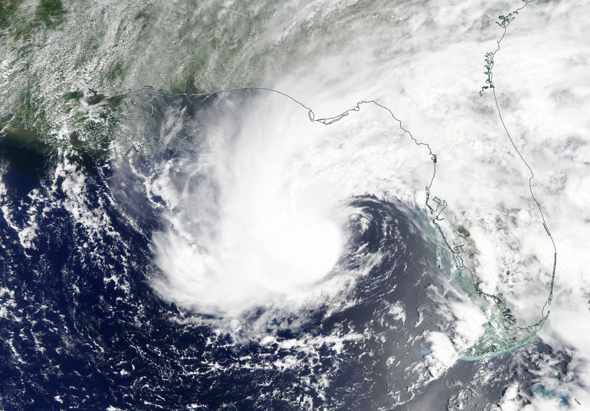 Alberto’s winds had maxed out at roughly 65mph as the storm approached the coast, but weakened slightly before landfall which will have helped to reduce the overall industry impact to insurers and subsequently reduced the chances of reinsurance capital facing losses.

With Alberto’s winds having dropped it was rainfall that became the major threat from the sub-tropical storm, as Alberto dropped inches of rainfall along its path.

Given Alberto failed to organise itself into a full tropical storm and weakened slightly before landfall the impacts are now expected to be minimal.

Sources in the insurance and reinsurance industry point out that claims from Alberto will in many cases fall within policy deductible limits, meaning no losses will be borne by many claimants insurers.

A component of the losses could also fall to private flood insurers, given Florida has seen the fastest uptake of private options for flood coverage.

Karen Clark & Company provided an early modelled estimate of industry losses from Alberto, saying that according to its KCC High Resolution US Hurricane Model, the firm estimates that the insured loss in the U.S. from sub-tropical storm Alberto will be around $50 million.

As Alberto made its approach towards the Florida Panhandle it had been reported that economic losses from the storm could have reached $1 billion, had it not weakened prior to landfall.

But the fact Alberto did not manage to reach full tropical characteristics, which may have made it easier to sustain its wind speeds, and it weakened, likely means the impact to re/insurers will be minimal and economic losses lower than they could have been.