Stephen Doherty, the Chairman of Speedwell Weather, a service provider to the weather risk management market, expects the wind hedging market to gain further momentum after steady growth in recent years, and, in a recent interview, told Artemis about the benefits of its sophisticated Windfarm Benchmarks. 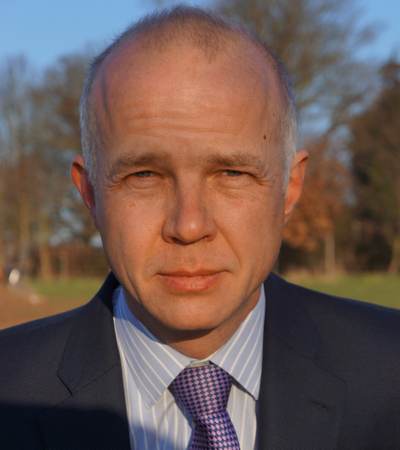 To begin, Doherty explained the difference between index-based protection and other types of weather coverage, such as an indemnity-based solution.

“We work in the index-based weather market rather than the indemnity-based market. This market works on the basis that the payout is linked to an objective weather index. This may be mm of rain, cumulative degrees of temperature or in the case of our Wind Benchmarks, megawatt hours of energy produced.

“The traditional indemnity-based insurance product usually involves proof of loss, through what can be a lengthy “loss-adjustment” process. Our market, which is sometimes also referred to as the weather derivative market, pays out pretty much immediately and the payout is objective…it is simply linked to the weather index irrespective of the nature of the loss.”

Index-based, or parametric protection is becoming more common place, and is often utilised to cover risks in emerging markets in order to ensure rapid payout post-event and also to make sure the protection is made available in the first place.

But as well as being highly valuable to the world’s poorest and most vulnerable, index-based solutions are also a good fit for the weather risk market, and Doherty told Artemis how past growth and an expectation of further growth in the sector, has driven the company’s development of its Wind Benchmarks.

“Historically we have seen the index-based weather market dominated by temperature transactions and a number of hydro-related precipitation transactions. Wind hedging has not really been that material although things have picked up recently. We think that this will continue to pick up as both the amount of wind power has increased – with a disproportionate impact on the rest of the grid- and as wind producers are less cosseted now than they used to be as subsidies are reduced.

“Surprisingly, this first started not amongst the producer community but amongst the conventional generators for whom an unusually large amount of wind power coming into the grid over a year would impact their profitability. In the early days these hedges were based on rather simple indexes using wind measurements at standard WMO measurement stations. Generally these are measurements taken on 10m high masts. A typical basket might contain 5 to 10 sites to capture a sense of national wind production.”

According to Doherty, simple indexes that are based on observed data may not work too well with swap transactions, owing to the non-linearity of output versus wind speed.

“A swap struck at the average wind speed on a 10m mast may not correspond very well to the average energy output. So we have used a more sophisticated approach to model energy output. The other problem is that there may not be enough observed data in areas of importance. There are not that many 10m masts. And, of course, a 10m mast does not necessarily capture what is going on at an 80m wind turbine.”

Explaining how its benchmarks differ, Doherty said: “We use gridded data, generally MERRA data which we downscale to a higher resolution. We then use the different atmospheric levels from MERRA to derive a mast-height wind speed. This is then transformed using the relevant power curves to create an index denominated in megawatt hours.”

Interestingly, Doherty told Artemis that the firm doesn’t modify the index, even with a change in asset base.

“A given Wind Benchmark is frozen using the asset base at a particular moment in time. So, for example, the latest Benchmark we have released for Italy uses data from the end of June 2017. This data is generally released some time in arrears. So the index does lag. But the aim here is not to produce a product that forecasts actual power produced, rather to produce a product that allow hedging. And the key requirements for that are that the index is reasonably sophisticated so it tracks well, that it is transparent so that users understand it and that it is frozen so that the protection sellers taking the other side do not see a “moving target.”

As the asset base grows, continued Doherty, Speedwell Weather will update each of its national and regional Wind Benchmarks on an annual basis, but will continue to maintain previous versions of all benchmarks so long as their remains risk contracts that are based on it. So, ultimately it might be running more than one national benchmark at any given time.

Doherty told Artemis that it will soon be making available other Wind Power Indices, including Germany and Australia regional power networks, and also client specific indices where the firm can produce “Synthetic Wind Farm Benchmarks” using the same methodology as national indexes, on request.

Speedwell Weather is also able to produce what it calls “Synthetic Windfarm Benchmarks” on request. These might be used by companies looking to hedge output from their particular windfarms, and in principal, Speedwell Weather “can do this for any mix of wind assets in any region.

“We can also reflect part-ownership of assets, which is a common request,” said Doherty.

Obviously, an important part of the development of these Benchmarks is to understand how they perform, and Doherty said that “generally, they work pretty well.”

“We provide a full worksheet for each Benchmark to prospective users which quantifies exactly this. The relationship is clearly imperfect and there are occasions when the differences between our Benchmarks and actual output are larger. For example in Spain, we see our Benchmark predicting higher energy outputs in some historically windier months in winter. But not all. It seems that what is going on here is that when there is plenty of hydro power, prices are low enough to discourage full wind production.

“We always put out each Benchmark for a period of consultation first. So far we have not had any feedback suggesting that they are not fit for purpose,” said Doherty.

He continued to explain to Artemis how a potential user of its Benchmarks can gain access to them.

To conclude, Artemis was eager to ask Doherty about the liquidity within its weatherXchange platform. The platform brings together the parent company’s weather data and software components to produce an easy way for existing and new users of index-based weather protection to create a structure, and then request pricing from multiple sellers of protection.

“We see “liquidity” as a term that relates to more traditional quote-driven markets like the energy markets. In such markets, there tend to be relatively few contracts with relatively high turnover. Our market is currently less about this sort of trading and more about long-term “bottom drawer” type trades that are taken out and not traded around. The character of this sort of trade is that each hedger has a different requirement. Weather hedges tend to be highly customised using a particular index, for the client’s particular risk period. So in our world it is infrequent that an identical contract ever trades more than once.

“In our order-driven market, what we believe really matters in terms of “liquidity” is really “value for money”. And this is a matter that is not necessarily linked to depth of market or transparency or issues that we associate with quote-driven markets i.e. when a potential hedger sends out an RFP, is the price that comes back a reasonable one? And the answer, we believe, is “yes”. Of course weatherXchange can help this process by making it easy to get competing quotes from multiple protection sellers. Deals are being done, so therefore we see the market as competitive,” said Doherty.