UK courting Brazil to use its framework for insurance-linked securities

The government of the United Kingdom is continuing to encourage other countries to look towards the UK and its recently enacted insurance-linked securities (ILS) regulatory and tax framework as a potential avenue for ILS and catastrophe bond issuance, with Brazil the latest country to be courted. 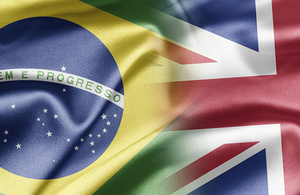 Ever since the enactment of the UK’s regulatory and tax framework for insurance-linked securities (ILS) and catastrophe bond issuance the government has been looking to attract attention to it and encourage other countries to consider the UK, if they or their insurance and reinsurance industry are considering ILS or cat bonds.

At a meeting between the UK’s Chancellor of the Exchequer Philip Hammond and the Finance Minister of Brazil in London on August 8th 2018, the pair discussed greater cooperation between the two countries insurance and reinsurance industries.

The pair concluded that their respective countries, “Recognise the significant opportunity that exists to deepen links between our insurance markets, leveraging the experience, specialist expertise, and innovation of the UK market to further develop the Brazilian market for insurance and reinsurance.”

The pair also said that they, “Recognise the role that reinsurance plays in managing large risks and supporting economic growth, especially income and wealth stability.”

Brazil intends to encourage greater participation of foreign reinsurance capital in its marketplace and the UK government said it welcomes these efforts and hopes to also encourage stronger ties between the pair, including greater Brazilian participation in the UK reinsurance market.

Innovation is seen as key and one area that the UK government was keen to promote was its new insurance-linked securities (ILS) regulatory and tax framework, which could include the use of ILS and catastrophe bonds.

“The UK and Brazil agree to explore the role such products can play in diversifying complex risk in the Brazilian economy, including through the use of the UK’s newly launched framework for insurance linked securities,” the two government’s statement explained.

These meetings, between financial leaders in governments of different countries, happen regularly, but now the UK’s Chancellor has a new offering to promote in the ILS framework.

The ILS framework remains a high-priority opportunity for the UK government, at a time when encouraging foreign financial market business and the resulting good public relations is extremely important to it, while Brexit uncertainty continues.

Brazil could utilise the ILS framework for sovereign risk transfer. Or its insurance and reinsurance market could use it for their own risk transfer needs.

However, the Brazilian re/insurance market has been discussing whether the country can facilitate its own ILS issuance and so efforts to securitise insurance risks at home may take priority.

Earlier this year we wrote that the UK government has also been courting China, seeking to encourage the country to look to the UK’s ILS framework for catastrophe bonds.

The UK government sees the insurance-linked securities (ILS) market as central to keeping the UK’s insurance and reinsurance industry “at the cutting edge” in future, hence ongoing promotion of its ILS framework remains a key strategy for now.

Of course with other domiciles already established in ILS, like the established market leader Bermuda, others including Dublin, Guernsey, Gibraltar and the Cayman Islands, and newer entrants such as Singapore working hard to attract issuers, competition for attracting ILS business will heat up over the years to come.