Significant, fundamental changes are ahead for the global reinsurance industry as the sector responds to an influx of pension fund capital that saw the price takers become the price makers, according to Vincent Dowling, co-founder and managing partner of Dowling & Partners. 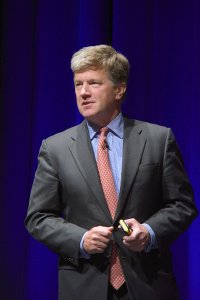 Speaking at the Marsh & McLennan Young Professionals’ Global Forum 2015 last month, Dowling noted the fundamental shift in the reinsurance sector, exacerbated by third-party capital and signalling great change is ahead for the market.

“Everything that has happened over the past few years comes back initially to the entry of the pension money which has discovered reinsurance as a new asset class,” explained Dowling.

He’s talking about the consistent influx of alternative, or third-party reinsurance capital that has come from pension funds, and elsewhere and is continuing to expand and broaden its reach.

Highlighted by the realisation that alternative capital accounted for 9% of the global property catastrophe reinsurance limit at year-end 2009, and by year-end 2014 that had doubled to 18%.

But the persistence of the traditional and third-party reinsurance capital has meant that prices have come down even in peak zones like Florida, and the result is a wave of consolidation and a change that will see “reinsurers employing a ‘total return’ investment strategy,” said Dowling.

Emphasising just how big of an impact the new capital has made, Dowling said; “Expected profits in Florida were off 75% in the last three years. When you take 75% of your profit out of your most profitable state it works its way through the system.”

Moving forward notes Dowling, the key is to understand that the business has changed and reinsurers should focus on adding greater value to customers, which includes getting closer to customer, something Dowling feels reinsurers could do better.

“Being close to the customer is critical. Intermediaries are in that position and ‘He who controls the customer wins,’ describes why it is in the best position in the value chain.

“Who is furthest away? It’s the reinsurers. And more money is staying with the intermediaries in the form of increased compensation and out of the hands of the re/insurers.” Explained Dowling.

Something has to change urged Dowling, calling on the audience, the future of the sector to focus on and envisage a future where the industry provides better value to customers.

Also read other articles from the same event: