The catastrophe bonds seen most at-risk from hurricane Ian (currently)

We wanted to provide a list of catastrophe bond names, for those transactions that are currently felt to be most at-risk of losses after major hurricane Ian’s landfall in Florida. 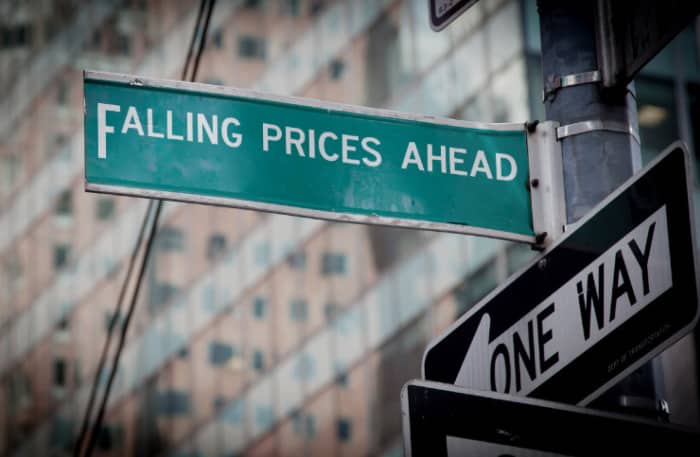 It’s important to stress that this list will continue to change and that any mark-downs in cat bond prices we cite here are averaged from a range of cat bond broker pricing sheets, but not all of them, so the price you may be seeing could be different.

Also, this is not an exhaustive list of every cat bond that has seen its price affected by hurricane Ian.

We’re starting with the cat bonds that we’ve seen marked down the most after hurricane Ian. The majority of these mark-downs came on Friday September 30th, but there have been some additional price declines on Friday just gone as well.

As we’ve been reporting, the impact to the catastrophe bond market is expected to be significant from hurricane Ian, with this loss event perhaps set to be the biggest in cat bond market history.

As we explained earlier today, a cat bond fund index has seen its biggest decline in history after Ian.

But this is only to be expected, given the impact to reinsurance and retrocession that the market anticipates from Ian. While, being a Florida hurricane, the region located is firmly within one of the peak zones considered ground-zero for cat bonds.

So, what do we know so far?

Our analysis of early cat bond fund reporting suggested a down range of -3% to -9% for the early reporters.

Then, our analysis of cat bond pricing sheets suggested that somewhere between $1.6 billion and $3.6 billion of value was wiped off the cat bond market by hurricane Ian.

The UCITS cat bond fund index decline is the biggest ever seen as well.

Of course, this remains a mark-to-market loss at this stage of the development of hurricane Ian for the cat bond market and it will be some time before actual losses are understood and investors realise any losses of principal.

Now, onto the cat bonds that initially look threatened, or have at least been marked down by double-digits or more, after hurricane Ian, in alphabetical order by cat bond name, but grouped by their sponsors.

We begin with the $40 million Astro Re Pte. Ltd. (Series 2021-1) catastrophe bond sponsored by Frontline Insurance & First Protective Insurance Company. This cat bond has been marked down significantly, with bids seen on pricing sheets as low as just 1 cent on the dollar, implying the market feels it likely the Astro Re 2021-1 cat bond faces a total loss.

Next, the Bonanza Re cat bonds sponsored by American Strategic Insurance Group. The riskiest layer of these is the $135 million Bonanza Re Ltd. (Series 2022-1) issuance, which has seen its notes marked down for bids as low as 1 cent on the dollar again, suggesting this cat bond is thought likely to be a total loss.

There have been some additional declines for some of Nationwide’s Caelus Re cat bonds, which have already faced some mark-to-market and actual losses.

Another Florida specialist, Universal Property and Casualty Insurance Company (UPCIC), saw its $150 million Cosaint Re Pte. Ltd. (Series 2021-1) cat bond notes marked down for bids as low as between 5 and 15 cents on the dollar, implying a market expectation that they attach and there is a loss for holders of these notes.

Florida’s Citizens Property Insurance Corporation is next, with mark-downs for a number of its cat bonds.

As we explained on Friday, while Citizens has projected its estimated losses from hurricane Ian at between $2.3 billion and $2.6 billion, should the average cost per-claim come out closer to 2017’s Irma this figure could rise. At the projected level, Citizens cat bonds may not even come under any risk, but at the higher levels possible from a higher claims cost they could be exposed.

As a result, there is some uncertainty over whether the Everglades Re cat bonds will attach, or not.

Marked down the furthest have been the $275 million Series 2021-1 tranche of Class B notes that cover the Citizens Coastal Account, as the lowest attaching layer of the Everglades Re cat bond program in Citizens reinsurance tower. This tranche has been marked down to bids of between 80 to 90 cents.

The FloodSmart Re series of catastrophe bonds cover the NFIP’s flood losses from named storms, including surge, and so were immediately assumed one of the more exposed sets of cat bond notes after hurricane Ian.

Some of the FloodSmart Re cat bonds have been marked down significantly, and as we explained Friday, at the $10bn NFIP loss estimated by risk modeller RMS, we’d see the entire NFIP reinsurance and cat bond tower paying out in full.

The $125 million Class B tranche of the FloodSmart Re Ltd. (Series 2021-1) issuance sits lowest in the NFIP reinsurance tower and this tranche has been marked down for bids of less than 10 cents on the dollar on some sheets, suggesting losses are anticipated.

The far smaller $25 million Class C tranche from the FloodSmart Re Ltd. (Series 2022-1) issuance has been marked down similar levels, with some sheets showing an expectation of this layer of cover paying out in full for the NFIP as well.

The $325 million Class A tranche from the same 2022-1 cat bond issuance has also been marked down heavily, by roughly 60%.

It’s important to note, there is a wide-spread with the marking of some of the FloodSmart Re cat bonds, reflecting the continuing uncertainty over the NFIP’s losses from hurricane Ian.

The first cat bond sponsored by insurtech Kin is one of those seen especially likely to trigger, given its Florida wind focus, with the $175 million Hestia Re Ltd. (Series 2022-1) cat bond marked down to less than 10 cents on the dollar by some secondary cat bond traders.

Next, the Integrity Re Ltd. catastrophe bonds, sponsored by American Integrity Insurance Company of Florida, Inc., who as the name suggests is expected to have a good deal of exposure to hurricane Ian and this has been reflected in its outstanding cat bonds.

A couple of tranches of reinsurance firm Everest Re’s Kilimanjaro Re cat bonds have been marked down around 20% to 40%, depending on the sheets you look at.

Just one of Allstate’s Sanders Re cat bonds saw a big price decline, the $100 million Class B tranche of the Florida risk focused Sanders Re III Ltd. (Series 2022-2) deal.

It’s important to note that there are other zero-coupon tranches of Sanders Re cat bonds which are riskier, but not marked on pricing sheets that we’ve seen, so some of those could also be exposed to hurricane Ian.

That’s it for the main cat bond names that have been marked down on their potential for losses from hurricane Ian.

As we said, there are numerous cat bonds which have been marked down less than 10% as well, but we’ve focused just on those cat bonds seen as having a higher chance of being triggered.

In terms of value wiped off the market, with cat bond indices down roughly 10% it implies a roughly $3.5 billion mark-to-market impact from hurricane Ian, still solidly in the ballpark of our earlier estimate.

But exactly how much risk capital eventually pays out and how much principal investors lose, remains to be seen.

Some of the cat bonds named above may not face actual losses as hurricane Ian’s impacts become better understood, while there could be other bonds that we’d need to add to this list in time, as their sponsors find out just how impactful Ian has been to their portfolios.

Loss creep, litigation and inflation are all added uncertainties as well, which have the potential to drive losses that the insurance-linked securities (ILS) market faces from hurricane Ian higher.