The Florida property insurance market could face an even more challenging year ahead in 2023, as reinsurance capital loses its appetite for the state and private insurance capital shows now interest in moving in currently. 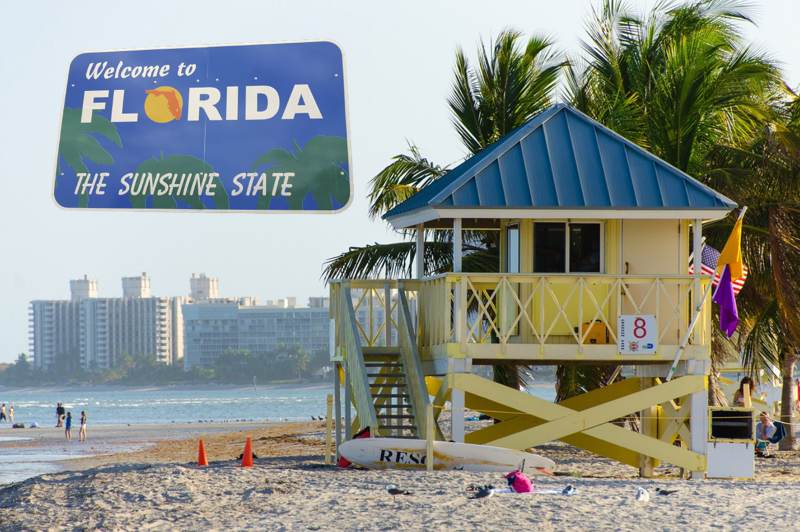 This is according to Fitch Ratings, who in a report on Florida’s multiple challenges says that no matter how high the eventual industry loss from hurricane Ian, the storm will compound the problems faced in Florida.

Insurance availability and affordability are of course the key issues here, as the cost of coverage had already soared and the private market’s appetite to write more risk was already waning, even before hurricane Ian came along.

“Ian is not considered “the big one,” as the storm represents approximately a 1 in 20-25 year storm. However, it could lead to further market exits by Florida homeowners’ insurers, as many private carriers face capital concerns, coupled with reduced availability and sharply higher costs for reinsurance,” Fitch Ratings explained.

But, so far, reported losses are still well-short of the industry loss estimates for hurricane Ian, and falling short of the level where major reinsurers tend to report significant losses from an event.

Despite this, higher reinsurance costs and less availability are currently forecast for Florida’s insurance carriers, even with more than six months to the next major Florida reinsurance renewal season.

At the same time, Florida Citizens continues to bulk up as the private market sheds policies and the insurer of last resort picks up more business, a trend likely to continue.

The number of private insurance carriers could reduce further, on the back of “pricing uncertainty and possible lack of reinsurance coverage in 2023,” Fitch believes.

“Reinsurers and investors in alternative capital vehicles, including catastrophe bonds, sidecars and collateralized reinsurers, have sustained material losses over multiple years, with carriers reconsidering whether to provide future underwriting capacity to the Florida market,” the rating agency continued.

Adding that, “Compounding losses and adverse shifts in availability and cost of reinsurance contributed to insolvencies or market exits by eight Florida homeowners specialists in the last two years. Losses from Ian and even tighter reinsurance market conditions in 2023 may lead to further reductions in the number of carriers.”

It’s still too early to gauge the effectiveness of legislative reforms, Fitch notes.

All of which makes the Special Session of the legislature being held in a week’s time in Florida, all the more important.

It is now critical that some meaningful progress is made, to rebuild reinsurance and capital market appetites for taking on more risk in Florida.

Absent progress at this Special Session, Florida’s insurance market faces an existential threat, as at next year’s renewals the sector could find reinsurance appetite has waned so much that securing the coverage carriers need, at a cost they can afford, could be impossible.

Add in the fact the main rating agency for Florida specialist property insurers, Demotech, has limited appetite to rate new companies there, and the outlook is quite bleak, unless meaningful reform to stem litigation and bring back confidence is enacted very soon.

State-backed reinsurance seems likely to feature in any reform package to come out of the Special Session, but this needs to be a stop-gap to help the market continue to function and for the private market to rebuild appetite for risk in Florida.

Using the state’s coffers for reinsurance at the next renewals, giving time for really meaningful reform to stem litigation and fraudulent claims to take effect, could together be a step in the right direction for Florida’s property insurance market.

But state-backed reinsurance shouldn’t be the long-term answer, as Florida does need to get back to being a functioning private risk market, where private capital can clear risk at an adequate price to support business models, while policyholders can afford the coverage sold.

The losses from hurricane Ian are set to “resonate” through insurance and reinsurance markets, driving “sharp changes in pricing and underwriting terms,” Fitch Ratings notes.

Adding that the increases in pricing and firming of terms “may induce more opportunistic carriers into the market as 2023 progresses.”

On catastrophe bonds and insurance-linked securities (ILS), Fitch notes that, “It may take some time to determine investor reaction to losses in recent years.”

Confirming that, given the challenges posed by losses and trapped capital due to hurricane Ian, “ILS investors are more likely to require substantial price increases to support Florida catastrophe risk going forward.”

How functional Florida’s property insurance market will be by next year’s reinsurance renewals in June 2023 is really down to lawmakers now.

The capital is there and has an appetite for assuming risk. But it will not do so at any cost and nor will it take on additional uncertainty because of a failing legal system around property claims.