According to Joseph Petrelli, President and Co-Founder of rating agency Demotech, the company has taken a decision that could see it declining to rate additional or new carriers in the beleaguered Florida property insurance market. 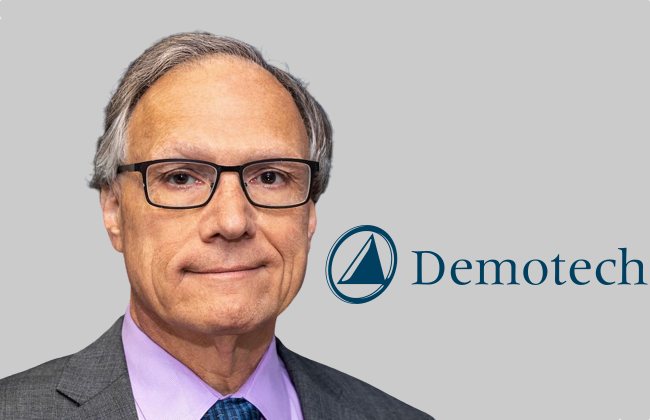 Petrelli told Artemis that a decision taken on December 2nd at the rating agency means rating more carriers in Florida is unlikely at this time.

“Although Demotech, Inc. will continue to support the Florida focused insurers that we review and rate; on a going forward basis, we have an extremely limited appetite for additional business in Florida.,” Petrelli explained.

Demotech will continue to review and rate current clients, with in-force contract terms continuing to apply.

However, those carriers’ current Financial Stability Ratings (FSR) are not guaranteed, as a review could result in movement either way.

Demotech came under-fire earlier this year around and just after the all-important mid-year reinsurance renewals, where some of Florida’s property insurance carriers were seen to struggle.

Petrelli has been outspoken on the lack of progress on reforming Florida’s property insurance market made by legislators, calling new measures enacted after the May 2022 Special Session “inadequate.”

After Demotech cautioned that as many as 17 Florida property insurance carriers were at-risk of having their ratings downgraded in July, he elicited a backlash from Florida’s state Insurance Commissioner and CFO.

Soon after a US Senator added his voice to calls for a Federal review of Florida’s “dependence” on Demotech as a rating agency, and in recent weeks the state has hired a consultant to run a process to establish what options could be available.

Petrelli is keen to point out that this decision does not signal Demotech pulling-out of Florida, but rather a reduced appetite for rating new or additional insurance companies operating in Florida.

But, since the critical statements that emerged from Florida state leaders including the CFO, Commissioner, Senator Marco Rubio, and Governor earlier this year, and the move to look at alternative rating options, Demotech’s appetite has waned.

“Recognizing that we were invited to assist the State of Florida in 1996 when others were unwilling or unable to do so, we view the letters in July 2022 and the RFQ to replace us as our invitation to leave,” Petrelli explained.

He continued, “In late July 2022 after the letters unjustly and erroneously attacking Demotech, I asked an elected official to intervene on our behalf to schedule a conversation with the Governor’s office, CFO’s office and OIR. This individual advised that “they are not interested in talking to you, they view you as the enemy and want to destroy you and your company.”

“Also, ironic, after decades of trying to discuss accepting our FSRs of S or better, rather than A or better, which was our original request to Fannie and Freddie back in 1989, we were involved in negotiations and conversations with both Fannie and Freddie to provide information on our S rating, its acceptance within the insurance industry, and were fairly well engaged in discussions. The inaccuracies and misinformation in the state’s letters dated July 2022 resulted in a cessation of those conversations.”

On the issues facing Florida’s property insurance market and how they can be meaningfully solved, Petrelli said that, “The litigation level emanating from Florida’s 8% of HO claims countrywide is nearly 80% of countrywide HO litigation. It is my actuarial opinion that the 80% must be reduced to the representative level of 8% to encourage the private reinsurance community to return to FL.”

“As to carriers that failed prior to the 650,000 claims caused by Ian and Nicole, each of them was litigated to death in an extremely short period of time. Levels of new litigation in 2019 and 2020 were moderate, then in 2021, opportunists seemed to open the litigation spigot. One carrier with a small percentage of Florida’s HO market had more new litigation in 2021, then the entire $12 billion HO market of California, the fifth largest economy in the world,” he continued.

Petrelli also highlighted changes in the leadership at Florida’s Office of Insurance Regulation, as he has heard that Susanne Murphy, Deputy Commissioner of P&C at the OIR, left at the end of November.

“Given her longevity and stature at OIR, this leaves a gap for Commissioner Altmaier to fill, during a critical point in Florida’s residential property insurance market place,” Petrelli said.

In closing, Petrelli summed up, “While we remain committed to the carriers that we currently review and rated that are focused on writing Florida residential property insurance, it is my opinion that the invitation extended to Demotech in 1996 has been withdrawn.”

The state of Florida’s property insurance marketplace is a key driver of the “extremely limited” appetite Demotech now has to rate additional companies operating in the state.

But, alongside this, the way state leaders and lawmakers have sought to blame the rating agency for causing additional issues this year, when all Demotech has done is apply its rating criteria to a cohort of insurers that were in many cases financially unstable, is clearly another factor.

The recent RFQ process, which saw a consultancy sending out a survey to insurers’ in the state, asking for feedback on Demotech and their ideas as to potential alternatives, appears to have been almost a proverbial nail in the coffin for Demotech’s appetite in Florida.