No ILS capital cavalry, but pockets of fundraising success being seen

The outlook for the end of year reinsurance renewals may not be saved by a cavalry of ILS capital, coming in at the last minute to fill holes in programs this year, but our sources suggest pockets of successful capital raising from investors are being seen, allowing some to capitalise on the 1/1 rate opportunity. 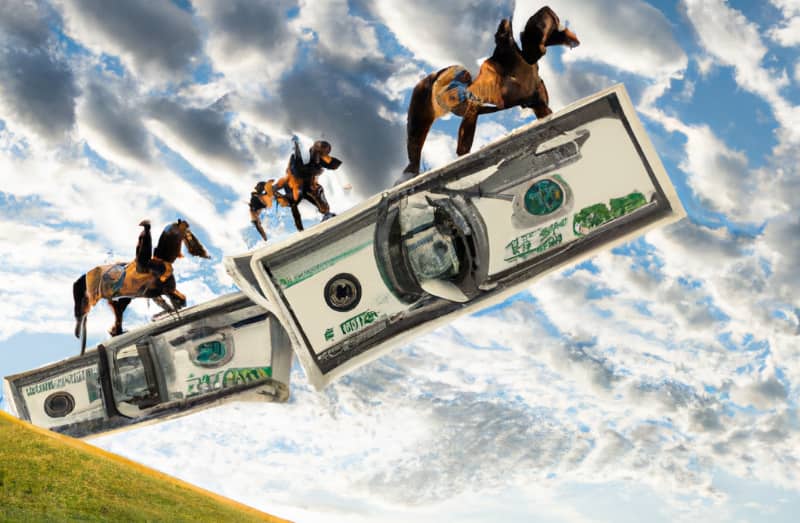 Analysts at JMP Securities said in a report yesterday that ILS capital remains scarce and this is unlikely to improve in the near-term, according to their discussions with London market participants.

“It is clear from our meetings that there is currently no cavalry coming over the hill to rescue the drawdown in capital being seen in the ILS market and the significant impact it has had on reinsurers’ ability to provide capacity,” JMP Securities analyst team wrote.

They explain that while performance of ILS investments has left a lot to be desired in recent years, “the bigger issue appears to be 2022’s troublesome performance from bond and equity markets, in addition to funds now locked up following Hurricane Ian.”

On the former, they are referring to large institutional investors challenges with allocation limits, which has resulted in some ILS investors needing to dial back their ILS holdings, as their overall asset portfolios have lost value and so the ILS component has over-reached its asset allocation protocols, as we reported has been seen with PGGM.

Which is leaving the industry short and some of its larger investors unable to provide the inflows they’d like to at this point in the market cycle where deployment looks particularly attractive.

“We struggle to see any material amount of additional capacity becoming available in the near term,” the JMP analysts state.

Adding, “Longer term, as/if less volatile, stronger returns are produced by the sector, we could see some relief, but not to the extent seen in recent years.”

But, while the cavalry may not be pouring over the hilltops to the rescue of a diminished reinsurance capital pool, there are bright spots being seen, with new capital raising successes reported by our sources across a range of structures.

Catastrophe bond fund managers are perhaps the best positioned, although right now they are having to temper their appetite to accept new inflows with deal-flow volumes.

It’s critical to match inflows to deal-flow in the cat bond market, as managers do not want to end up with capital they cannot deploy and investors don’t want to have to wait too long for deployment.

While the cat bond pipeline has been reasonably busy through recent weeks, the actual volume of notes issued across those deals is currently well-down on what would be considered a busy fourth-quarter, meaning there is less capital deployment opportunity available.

But, cat bond fund managers are having some success and this is a promising sign for that market when the pipeline picks up and maturities accelerate again next year.

On the private insurance-linked securities and collateralized reinsurance fund side of the market, we’re being told there are some new investor commitments that some managers have secured, but it seems these are largely to managers that have a better mechanic for dealing with trapped collateral and so were better positioned to support cedents at the renewals anyway.

In retrocession, we’ve heard of some investors looking to allocate to that segment, given the very high returns now possible. But the shrunken opportunity set, despite high demand still, is making it hard to convert investor interest at this time.

That said, we’ve heard some new capital has flowed to collateralized reinsurance funds that provide retrocession, although in relatively limited volume and largely to those with the structures in place to better navigate trapping of collateral and other similar challenges that can drag on return on capital over time.

A great example of new capital coming into the reinsurance sector using ILS structures is the Vantage Risk story, where the re/insurer has put together a pool of collateralized catastrophe reinsurance focused capital amounting to close to $1 billion, including its own contribution.

Another example might be the reinsurance sidecar launched by Ark for 1/1, while other sidecar raises are imminent.

In addition, asset managers are looking to put more capital to work in ILS markets over the coming year and there is an expectation capital flows more meaningfully through 2023, as long as macro-economic effects from possible recessions are more muted than the situation we saw earlier this year.

In addition and perhaps more promising over the longer-term, the number of inbound enquiries we are receiving from investors that are interested in making first allocations to the cat bond and ILS market has rebounded.

It had turned quieter, in terms of our conversations with investors that are researching the ILS asset class through the second and third quarters of the year.

But the fourth-quarter has seen a resurgence of interest and almost without fail, investors are keen to understand whether the new higher spread levels are likely to be sustained, or at least the baseline on price is likely to be held much higher by the ILS market, than it had been during the last decade of softening.

Which bodes well for the future, as investors are asking smart questions about pricing, models and the relationship between the two, how the market operates, why it sometimes lacks efficiency and what gains there are to be made that could make capital work harder and deliver better returns, even if core rates-on-line begin to soften again.

So, while there is no cavalry on the near-term horizon, there are without a doubt bright spots and reasons to be cheerful.

As pockets of successful fundraising and burgeoning investor interest in ILS suggest the capital will begin to flow more meaningfully again in 2023.