Named perils & alignment are priorities for year-end: Millette at Prospectus 2021

With the important January 1st, 2021 reinsurance renewals fast approaching, priorities for the insurance-linked securities (ILS) market for year-end are expected to include named perils and ensuring alignment amid a hardening environment, according to Michael Millette, Founder & Managing Partner, Hudson Structured Capital Management. 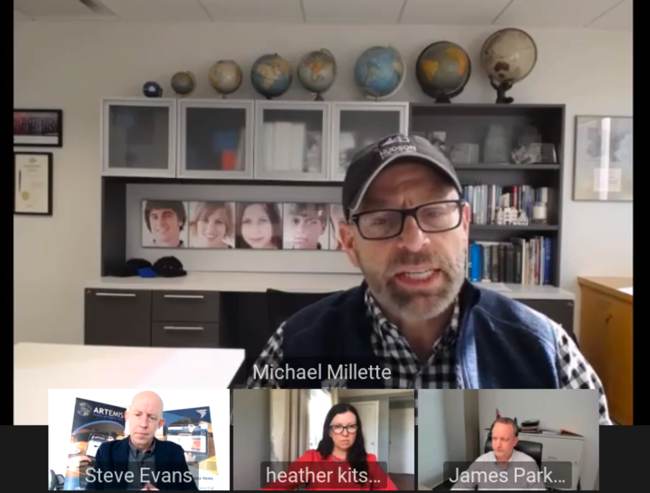 His comments came during the opening panel of the third day of Prospectus 2021 – a new annual re/insurance and ILS conference. The session focused on terms and conditions (T&Cs) and explored both the loosening during the soft market period, and the expectation of continued tightening as the market enters 2021.

During the panel, it was highlighted that in the ILS space there’s already been a focus on quota share terms, there’s been a toughening up on aggregates, and also a shift away from cascading coverages as market players look to secure more favourable T&Cs. But while progress has clearly been made, is this enough or is there a lot more to do at the renewals?

Addressing this point, Millette said it was important to remember that progress doesn’t mean that people aren’t covered for things they need to be covered for. Instead, progress means that risks are understood, combined, properly underwritten and properly paid for.

“We have an expanding pool of capital in the industry between the traditional market and the alternative market, and what they should be doing is underwriting in a sustainable way, correctly defining the risks and then getting paid for them, then paying out when it makes sense. That’s why I said that named perils are the central issue,” said Millette.

“The industry should step back and actually cover intangible risks robustly, on a properly underwritten basis. We actually do that, we have collateralized reinsurance of cyber and of intellectual property on our books. That’s the fastest growing part of the economy.

“In order to grow, we need to be taking those risks seriously. But taking them seriously means that you actually underwrite them, not that you just have them hanging off the edge of a physical damage policy.

According to Millette, post-Katrina the environment was a named peril one with broad co-participation. However, through the calm period for catastrophe activity and the softening of the market, attachment points trended lower and wordings switched to including but not limited to perils, with very little co-participation.

Following this, we had “frequency, frequency, frequency, frequency,” said Millette. “We have had this strange frequency apocalypse and part of it is just frequency. There are just periods of time in history where a lot of things happen. But there are two other forces under the radar screen, which are climate change and the litigious environments in the United States in claim settlement, that are just lifting up and lifting unmodelled perils.

“And, so, those things have come together in a way that the industry is finding very hard to deal with. I think we have to treat some of the forces that are driving industry losses as being more permanent.”

Offering some insights from the more traditional side of the marketplace, the panel also featured Heather Kitson, Deputy Chief Executive Officer (CEO) of Convex Re and James Parker, Chief Claims Officer at AXIS Re.

With 1/1 fast approaching, Kitson shared her views on how the focus on T&Cs and tightening them up might play out in negotiations.

“There’s a rightful focus on the contract and what solutions we are providing to our clients. You also pick and choose your battles, to make sure the contract does what it says on the tin for the clients, including clear definitions of perils.

“It’s important to get across that it’s not just tightening of reinsurance contract terms and conditions. Whilst it’s important to be clear, it’s also important to meet our clients’ risk needs. So, I think that there’s going to be some really good conversations at this renewal season about old contract wordings, which frankly have been rolled forwards without due care and attention,” explained Kitson.

Adding, “Actually, in my view, now more than ever there’s a real clear need for clearly articulated solutions for clients with complex risks and underwriters, brokers and risk managers have a distinct role to play in this. So, I’m seeing some really good and proper attention, and I feel that that attention will be focused on the operative clauses going right to the root of the risk.”

Interestingly, Parker told the audience that it’s vital for the claims department to cooperate with their underwriters ahead of renewals on a continuous basis.

“I think the best way to help arm, certainly our underwriters with information to make the best possible decisions, is to ensure regular flow of relevant information – what we’re seeing, what we’re hearing on every claim or potential claims out there,” said Parker. “Within that, I would say we probably try to break our approach down into two parts, a retrospective and a perspective view.”

On the retrospective side, he explained, this would be a focus on the lessons learned type of approach for the underwriters. While on the prospective side, Parker highlighted how important it is to focus on identifying trends or emerging risk.

“I think these are things that we need to think about now ahead of renewals,” said Parker.

To register and watch every session live or on-demand please visit the Prospectus 2021 website.

Thank you to our Prospectus 2021 sponsors:

Please contact us for more details on sponsorship opportunities at future events.