Insurance-linked securities (ILS), pure catastrophe bond and reinsurance-linked investment funds have recorded minor impacts due to the New Zealand earthquake in November 2016, but in the same month recovered some ground on an improved hurricane Matthew loss outlook.

The average return of the ILS fund market in November 2016, as recorded by the Eurekahedge ILS Advisers Index, was 0.27% which is slightly below the long-term average for the month of 0.35%.

Impacting the ILS fund market in November was an attritional impact from the magnitude 7.8 Kaikoura, New Zealand earthquake, which struck the country on the 13th November. Estimates suggest that the insurance and reinsurance industry loss will be around US$3.5 billion, but some small losses have been reported by a number of ILS funds as a result of the quake.

However, ILS Advisers noted that the impact from the Kaikoura earthquake to ILS funds has been limited. The impact will be through collateralised reinsurance and quota share transactions, as no catastrophe bonds are currently exposed to New Zealand earthquake risks.

Stefan Kräuchi, founder of ILS Advisers, explained that the impact was limited; “We observed some funds have exposure to the area and finally recorded losses from the event. No funds made side pocket for the event so far, hence the impact to the whole ILS industry remains limited. Again the loss figures can still change across the loss development process, which may alter the P/L of some ILS funds slightly.

“Private ILS funds are doing well with the exception of some funds with considerable exposure to New Zealand Earthquake, who recorded losses from the event.”

On the positive side in November the estimates and expectation of losses deriving from hurricane Matthew improved, with performance enhanced in the month as some ILS funds wrote down their previously set loss reserves for the storm.

A good reminder that catastrophe losses can both deteriorate and improve, hence prudent reserving up front is important to ensure that deterioration is less likely than improvement on estimates, ensuring that investors are not surprised with bad news.

Up to the end of November 2016 the ILS Advisers Index had returned 4.96%, which is at the middle of the range seen for that time of year since the index was first calculated in 2006, as ILS funds continued to demonstrate that 2016 performance has improved on 2015 and that rates have been stabilising somewhat, although reinsurance renewal reports show that the trend remains downwards.

31 out of the 34 ILS funds tracked by ILS Advisers and Eurekahedge reported a positive return in November 2016, despite the New Zealand earthquake event.

However, the gap between best and worst performing ILS fund was stark at 3.43%, a higher gap than seen in the previous month and suggesting that one ILS fund has seen a significant negative return in November.

Pure catastrophe bond funds rose by 0.21% in November, while the ILS funds that invest in private deals and collateralised reinsurance rose by slightly more at 0.32%. On an annualised basis private ILS funds outperformed cat bond funds by 1.13%.

ILS funds have been hit by numerous attritional loss events in 2016 and the Kaikoura earthquake looks to have been another similar catastrophe event, with merely a limited impact for most ILS funds.

However the gap between best and worst does suggest that at least one fund reported a fairly significant negative return in November, so perhaps this particular event has not been merely attritional for everyone. 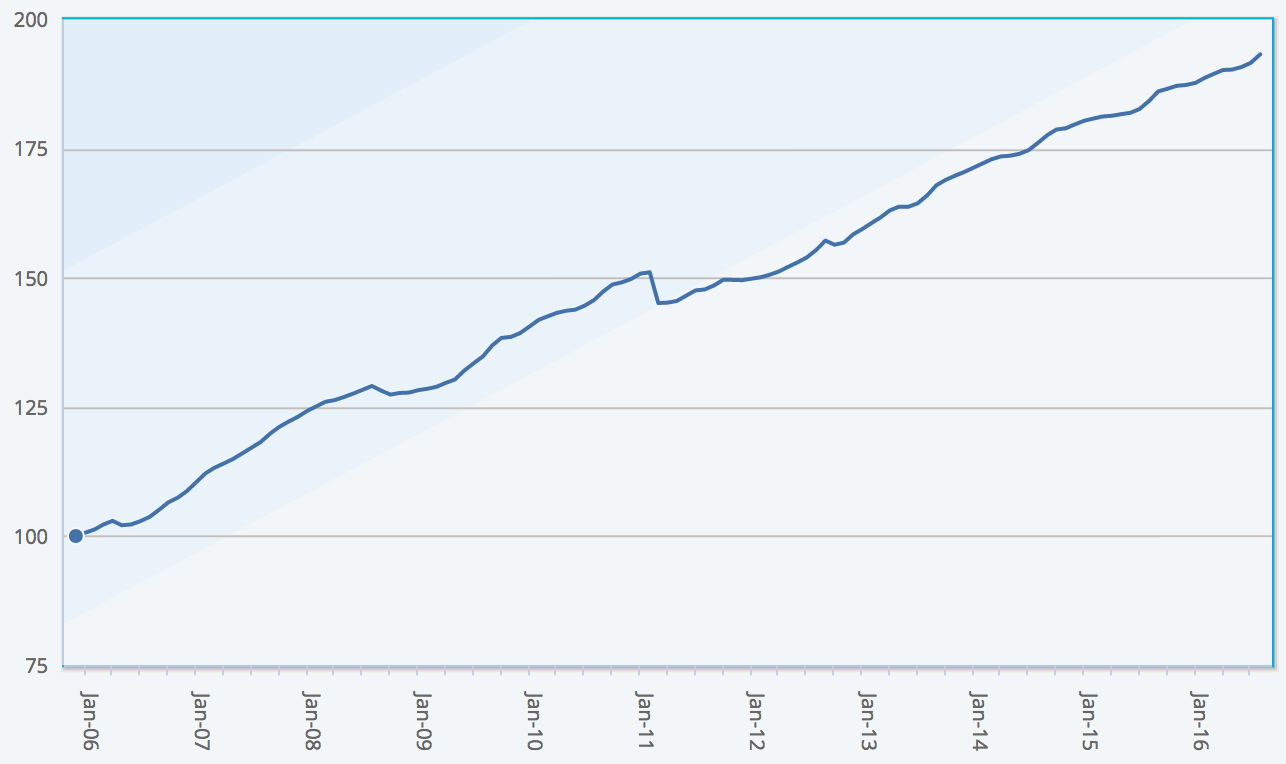