In the last week of available data, it was lower-risk cohort of UCITS catastrophe bond funds, as measured by the Plenum CAT Bond UCITS Fund Indices, that performed better, with a small positive gain at a time when other funds are still feeling the effects of widening spreads.

The cat bond market continues to be driven by investor appetites and their costs-of-capital, which has been applying pressure on spreads and resulting in downwards price movements.

At the same time, there continues to be some volatility in the valuation of some cat bonds exposed to hurricane Ian, as loss expectations continue to shift.

The Plenum calculated UCITS catastrophe bond fund indices fell by an average of -0.06% in the week to December 2nd 2022, the last reported data available for the group of cat bond funds.

The lower-risk UCITS cat bond funds performed best, with a positive return of 0.05% for that week. 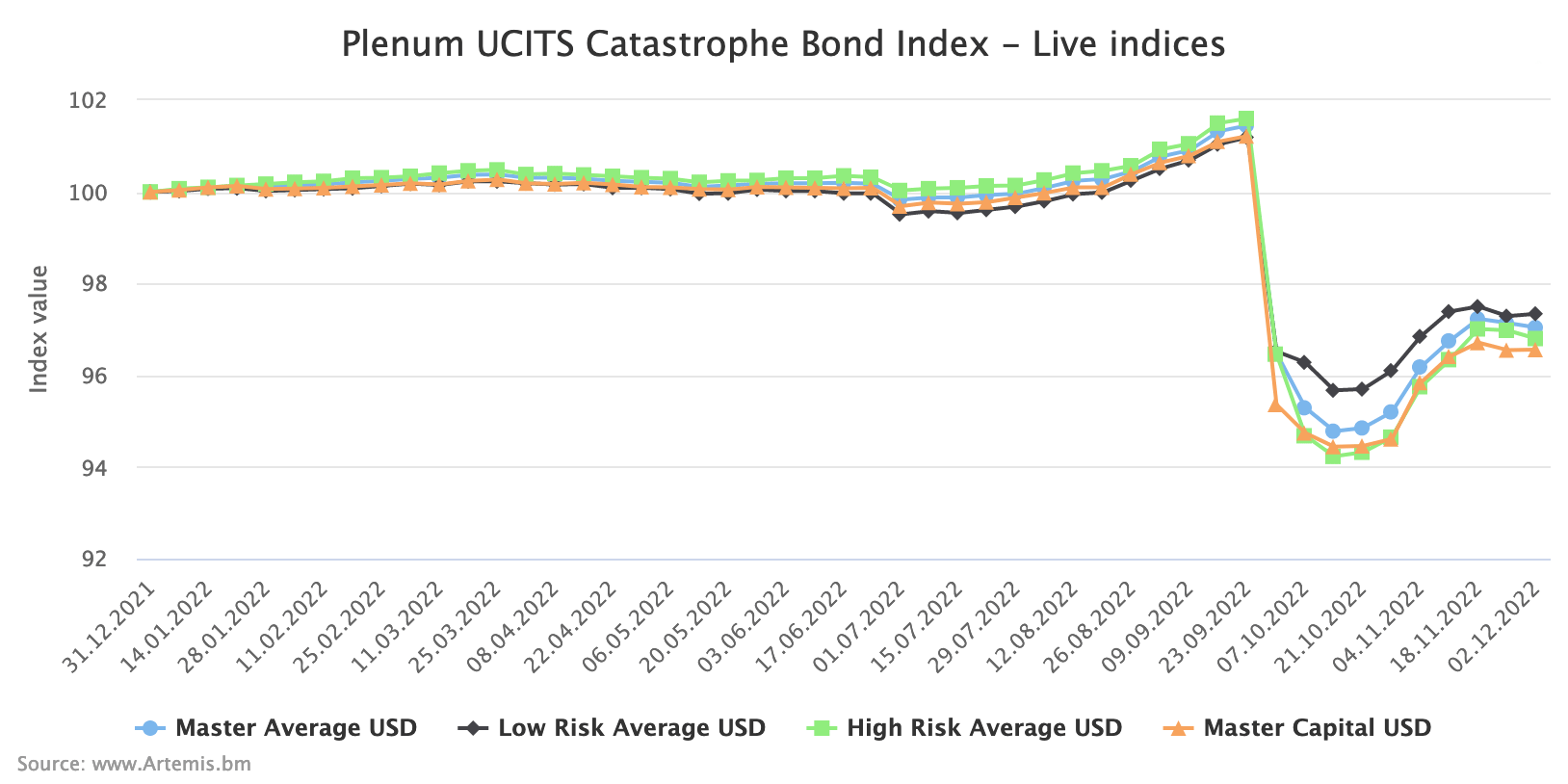 The fortunes of the UCITS cat bond funds were exactly opposite in the previous week, when lower-risk strategies fell more than higher-risk.

Which suggests that differing valuation strategies could also be in-play here as well as the constant fluctuation of the market.

As of December 2nd, the average decline of the UCITS cat bond fund indices since hurricane Ian’s landfall in Florida is now -4.37%.

As a reminder, these cat bond fund indices were down as much as -6.58% on average immediately after major hurricane Ian impacted Florida.

Year-to-date, the Plenum cat bond fund index is down roughly 3%, on average.

The relative stability of these cat bond fund indices in recent weeks, despite continued spread movements across the market, suggests cat bond fund managers are relatively confident in their loss exposure to hurricane Ian.