Losses from hurricane Ida may fall more to reinsurance capital providers, as the start of 2021 has seen some US primary insurance carriers using up a significant amount of their catastrophe budgets. But still, analysts don’t feel the hurricane will have a particular influence on renewal rates or market dynamics. 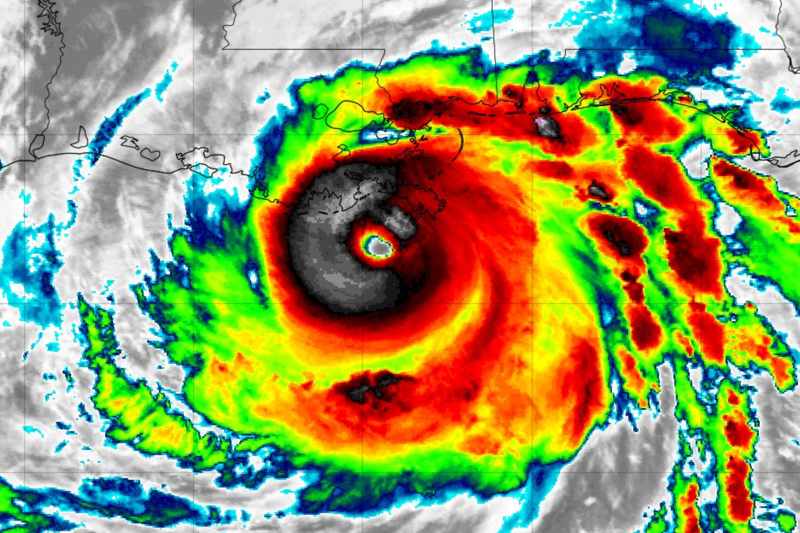 As we explained yesterday, the early expectation based on the data on the hurricane’s landfall and path suggested an insurance and reinsurance industry loss in the double-digit billions.

Insurance-linked securities (ILS) market impact and some losses are assured, but ILS fund manager Twelve Capital said that modelled estimates suggesting an industry loss range of between $15 billion and $25 billion wouldn’t put a significant strain on its ILS funds.

The main catastrophe risk modellers seem to be producing stochastic scenarios with losses in the $15 billion to $20 billion range, but it remains early and these are often prone to error as event details become clearer.

A word being used a lot, in relation to hurricane Ida, is manageable.

As in, the impact to the insurance, reinsurance and ILS market is seen as manageable at the current levels of double-digit billions of losses that are being discussed.

Of course, the impacts on the ground are far from manageable in many cases for those in the path of the hurricane and the industry’s focus must be on claims, recovery and repair at this time.

But analysts have suggested that given the fact insurer catastrophe budgets were already seen as under pressure prior to the hurricane season, especially because of US severe storm activity and winter storm Uri, there is a chance more of the losses from hurricane Ida flow to the reinsurance market than might have been the case if cat budgets were more intact.

Recently, we explained that some analysts believe re/insurance carriers are likely to exceed their catastrophe budgets in 2021, especially for the international players once the recent flood disaster in Europe is accounted for.

So, add in the impacts of hurricane Ida, at a double-digit billion loss level of up to or around $25 billion and it’s easy to see these budgets now looking even more overstretched.

Which would imply more of the ultimate loss flowing to the reinsurance carriers, in the case of hurricane Ida and the same for any future hurricanes, or other catastrophe losses that occur through the rest of the year.

“With aggregate catastrophe covers eroded faster than normal due to significant losses in 1H21 (Winter Storm Uri), we believe insured losses from Hurricane Ida would fall more on reinsurers than on primary carriers.”

Despite this though, the word manageable continues to feature, as the reinsurance industry remains extremely well-capitalised at this time, with ILS capital also back close to its highs at this time.

Typically, for a major catastrophe loss to move reinsurance pricing in any significant manner it needs to either erode the industry’s capital, or at least a few major players, or create some kind of uncertainty or challenging environment.

Yes, Louisiana has been hit by major hurricanes two year’s back-to-back and yes there may be challenges with this one, given the power outages, area affected, potential for flood related confusion over which peril caused a claim, plus the ongoing pandemic and risk of demand-surge as a result of all of this.

But, still, at near, or around, $15 billion to $25 billion, the industry loss is not significant enough to move pricing on its own, analysts believe.

Meyer Shields of KBW wrote, “At this point (recognizing that this storm and Hurricane Season 2021 are still ongoing), we don’t expect a meaningful change to the trajectory of decelerating property and property catastrophe insurance and reinsurance rate increases.”

While the deceleration of reinsurance pricing may continue, that doesn’t mean we are set to see declines any time soon.

The one thing a loss like hurricane Ida will do is motivate reinsurance underwriters to continue achieving positive rate, so even manageable catastrophe loss events can stimulate firming to persist for longer than it would have without the event occurring.

Another notable piece of insight to share is from Andrew Siffert, Senior Meteorologist at BMS Group, who said yesterday that he expects hurricane Ida will be the largest individual hurricane loss since the 2017 seasons Harvey, Irma and Maria.