After many insurance and reinsurance companies reported elevated catastrophe losses for the first-quarter of 2021, analysts have said that their catastrophe budgets for the year are facing early pressure, with hurricane season now upon us. 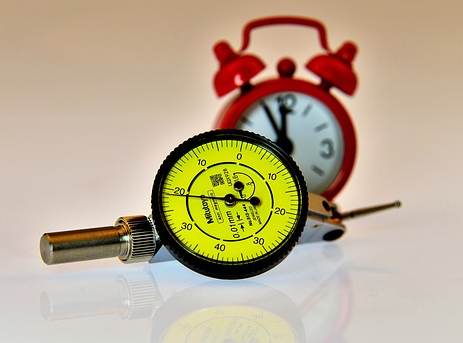 This had ramifications for the insurance-linked securities (ILS) market, not least in the fact some ILS funds and investors will have been taking higher levels of losses through the first-half than they had anticipated.

But it also had some potential ramifications for reinsurance buying at the mid-year renewals, where some insurers and reinsurers looked to shore up their protection for the remainder of the year.

Most of the analysts pointed to the possible roughly $15 billion of industry losses from winter storm Uri and the related freezing weather impacts in Texas in February, as the main driver of impacts for global re/insurers in Q1.

However, other events of note included the flooding in Australia and the earthquake off the coast of Japan, both of which have driven roughly a billion dollars of additional losses (in the case of the quake just more than).

That’s not all of it though, as there has also been freezing weather in Europe that impacted agriculture and numerous US severe convective weather outbreaks, which have also driven some more losses to insurance and perhaps some reinsurance capital.

On the man-made side, there has also been some financial impacts for re/insurers from the blocking of the Suez canal, as well as a number of other large property events in the quarter around the world.

This put insurers and reinsurers on the back-foot when it comes to their budgets for catastrophe loss allowances and for some it means eroding their deductibles sitting beneath aggregate reinsurance covers.

For the reinsurers and ILS funds backing these global re/insurer programs, this can serve to heighten the chance of losses later in the year, as aggregates continue to mount.

With the 2021 Atlantic hurricane season forecast to be another where activity levels are above-average, the chances of pressure rising through the year are definitely elevated thanks to the above-average start to annual cat losses.

Q2 has been more benign, but in the US the severe convective weather season has driven additional losses.

We also have the Pacific typhoon season to run through as well, with Japanese impacts always likely to be a concern as the year progresses.

What does this all mean for reinsurance and risk capital providers? In the current environment, it likely means that while rates may decelerate, they should continue to be positive.

It can also lead to opportunity as well. We’ve already heard of some back-up reinsurance being purchased in the wake of the winter storms, which was very early in the year for such purchases to typically be made.

For the ILS and catastrophe bond market, could an early erosion of cat budgets also prove positive for opportunities?

Perhaps. Catastrophe bond pricing is more attractive right now. But, pricing aside, the attraction to locking in multi-year reinsurance and retrocession protection may be heightened this year, especially for carriers with significant cat exposure in the US.

At the same time, rate momentum may persist, in catastrophe exposed primary and reinsurance lines, even if at slower pace than the levels seen at the last few renewals.