Global insurance and reinsurance market losses from natural catastrophes and severe weather events were almost five times the ten-year December average, as the impacts of the US tornado outbreak and Colorado wildfires continued to put the pressure on re/insurers, according to analysts at investment bank Jefferies. 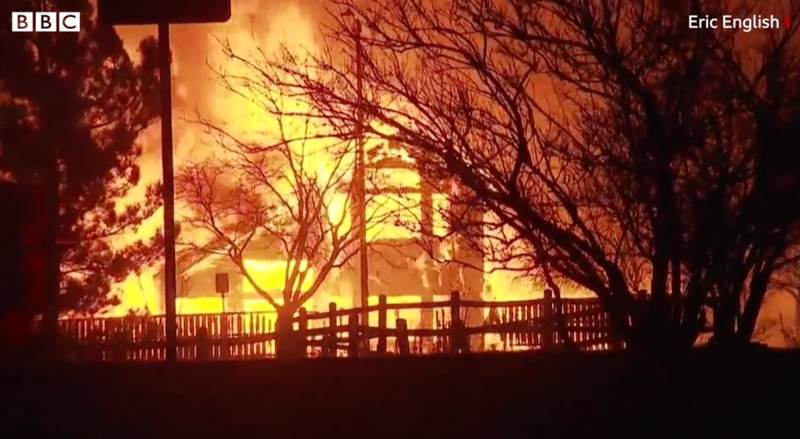 Jefferies estimates the US tornado outbreak in December will cost the industry around $3.9 billion, while the analysts expect the Colorado wildfires could drive as large a loss as $2.5 billion, which is above other current estimates bu aligned with insurance and reinsurance broker Aon’s comments that it will be the most costly US wildfire event outside of California.

“Unlike the September-November period, when claims were surprisingly benign, December’s contribution to the global insured loss total has been especially high, making it the fourth largest monthly loss of the year,” the analysts explained.

Despite another month and full-year of elevated losses, Jefferies analysts explain that they will be manageable, helped largely by the fact insurance and reinsurance markets remain well-capitalised and solvent.

In addition, the fact we had a quieter few months has also helped underwriters.

The analysts said, “Overall, we expect claims to be manageable for underwriters in the fourth quarter, as benign earlier months offset December’s claims.”

But added that, “Nevertheless, an “in-line” quarter, on top of the heavy claims in the first nine months makes it highly likely that catastrophe budgets will be exceeded for the full year.”

The Colorado wildfires were the other large event, particularly the Marshall Fire.

Jefferies analyst team said, “Our estimate of $2.5bn is slightly above industry estimates of $1bn-$2bn, prompting us to agree with Aon Benfield’s assessment that the Marshall Fire was the costliest wildfire outside of California.

“Nevertheless, on our estimates, wildfire losses appear to have caused less damage over the year than those in 2017, 2018 and 2020.” 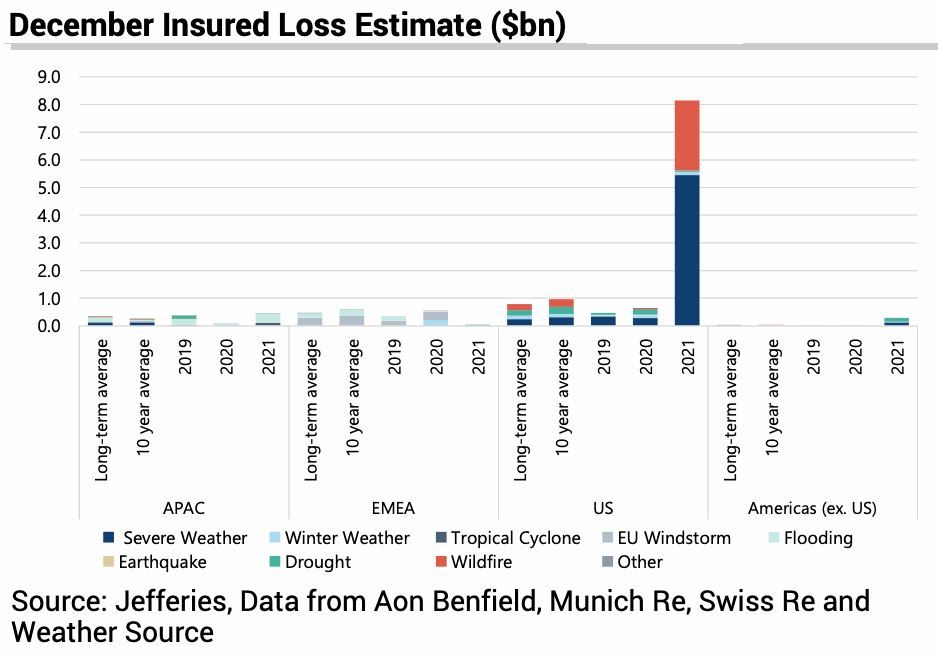 The heavier than average December catastrophe insured losses mean that the analysts view has not changed since November, that some insurance and reinsurance firms will have exceeded their full-year catastrophe budgets again in 2021.

As a result, they say there is no surprise the January reinsurance renewals saw strong rate increases for property catastrophe business.