Registrations for new insurance and reinsurance vehicles that are related to catastrophe bonds and other insurance-linked securities (ILS) use-cases have risen slightly in the first-half of 2019. 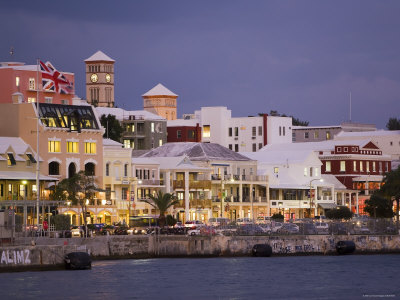 This is promising for ILS, catastrophe bond and collateralized reinsurance market activity over the rest of the year, as despite the impacts of heavy catastrophe losses over 2017 and 2018, the ILS market continues to put in place the structures required to facilitate new issuance.

It’s also very encouraging for Bermuda, as well as the ILS market as a whole, given that other domiciles are beginning to house cat bond and collateralized reinsurance structures on a more regular basis as well.

In the prior year H1 of 2018, Bermuda saw slightly more re/insurer registrations, at 34, but only 1 intermediary vehicle was registered. In H1 2017 the totals were 23 re/insurers and zero intermediaries.

This reflects the continued growth of Bermuda’s insurance and reinsurance market as a whole, another encouraging statistic for the island.

But when it comes to the ILS and cat bond market, the statistics are even more encouraging.

But in addition, H1 2019 also saw the registration of one Class 3B reinsurance vehicle which is destined to write ILS business, where as there was no registrations of other re/insurer classes that we can specifically identify as ILS related in either of the H1’s of 2018 or 2017.

The Class 3B reinsurance vehicle that was registered in the first-half of this year was Newport Re Ltd., which as we revealed back in June is part of the infrastructure being setup by investment giant PIMCO for its new insurance-linked securities (ILS) operations.

However, it is important to note that there has been a slight reduction in the number of catastrophe bond SPI’s registered in Bermuda during the first-half, with more SPI’s for mortgage insurance-linked securities (ILS) established.

This likely reflects the ongoing fall-out from catastrophe losses and the slight slowdown in cat bond issuance that has been experienced as a result.

But for Bermuda’s economy and financial market growth, the fact it is attracting all of the mortgage ILS issuers so far is testament to the efficiency of its ILS and reinsurance market regulation and offerings, as well as the abundance of service providers on tap to assist.

It will be interesting to see how the second-half of the year goes, as often there is a glut of registrations towards year-end in time for the renewals and we could see more cat bond SPI’s registered at that time of the year, as well as some more reinsurance sidecar SPI’s as well.