Insurance and reinsurance industry losses from recent European windstorm Friederike are expected to fall somewhere in a range from EUR 1.3 billion to as much as EUR 2.6 billion, according to catastrophe risk modeller AIR Worldwide. 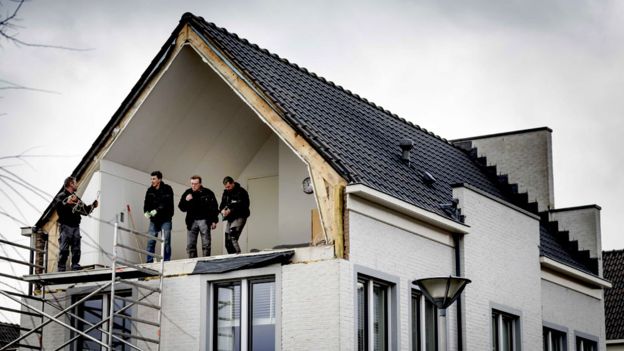 At the upper end of the range, EUR 2.6 billion (which is approximately $3.25 billion), European windstorm Friederike would be the most costly industry loss event to hit the region since Kyrill in 2007.

Even at the lower end, of EUR 1.3 billion (approximately $1.63 billion), Friederike would still be the most expensive windstorm insurance and reinsurance industry loss in Europe since Xynthia in 2010.

Where windstorm Friederike eventually ranks will also depend on how large the industry loss from storm Burglind / Eleanor rises, which AIR has itself said could cost as much as EUR 1.6 billion.

Windstorm Friederike hit between 17th and 19th January, impacting Ireland and the United Kingdom first with wind gusts reaching speeds of over 80 mph and damage reported. Storm Friederike then carried on across the north sea towards continental Europe where the impacts from the storm were seen as more severe, with the Netherlands and Germany appearing to take the brunt of the storm.

An early assessment from reinsurance broker Aon Benfield said that the industry should expect losses in the hundreds of millions of Euros from Friederike, but then actuaries from Meyerthole Siems Kohlruss (MSK) said to expect an insurance and reinsurance industry-wide loss of around EUR 800 million in Germany alone.

AIR said that the majority of the losses will be from Germany, France, the United Kingdom, Belgium, and the Netherlands, while lower levels of loss are expected to be reported from Austria, the Czech Republic, Denmark, Estonia, Finland, Ireland, Latvia, Lithuania, Luxembourg, Norway, Poland, and Sweden.

AIR said that the estimate reflects wind damage to onshore residential, commercial, and industrial properties; automobiles; agricultural properties; greenhouses in the Netherlands and Denmark; and forestry in Finland, Norway, and Sweden.

They do not include coastal or inland flood losses, business interruption and additional living expenses except for in the UK, infrastructure or demand surge losses.

The 2017/18 winter storm season in Europe is set to be the most costly to insurance and reinsurance interests for years.

It will be interesting to see how high the industry losses reported by PERILS AG for these recent events are, once the data collection from the industry has been completed. Both Burglind and Friederike are currently being investigated by the PERILS team.