Unwillingness to pay “one of the big myths” of the ILS market: Craig Wenzel, XL Catlin

Craig Wenzel, Head of Alternative Capital at XL Catlin, does not understand why there is any concern amongst cedants that alternative reinsurance or ILS structures could fail to payout in the event of a major loss. 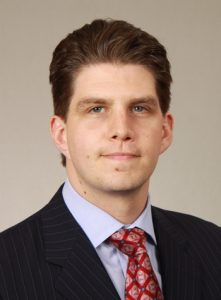 In comparison to the frequent claims disputes in the traditional reinsurance market, the collateralised reinsurance and ILS market has a much better track record, he told Artemis in an interview during the 2016 Rendez-Vous de Septembre in Monte Carlo.

“I am really confused as to why people believe that the capital markets are in any fashion more litigious than the insurance markets. Virtually every loss that has come into the insurance market has a wordings dispute or entire arbitration clause based on a local or English law, depending on where you are.”

Speaking one day after the 15th anniversary of 9/11 he made that point that “there is still a dispute 15 years on surrounding whether one of the most tragic insurance events in history was one event or two”.

“Yet if you look at the history of ILS payouts there’s been remarkably little litigation,” he continues. “Investors typically expect robust disclosure of the risks and I would investigate whether there’s been even a fraction of the litigation or unwillingness to pay claims in comparison to traditional insurers and reinsurers.”

His views are backed up by a recent paper by rating agency Standard & Poor’s that concluded that cat bonds have a short, but strong track record on claims payments. The report, which acknowledges the common argument by traditional players that ILS has yet to be properly tested, found “no evidence” that cat bonds lack the ability or willingness to pay claims in a timely manner.

As for XL Catlin’s plans to expand its ILS footprint, Wenzel says the reinsurer has been very happy with the expansion of Bermuda-domiciled ILS asset manager New Ocean, which was established in 2013 by XL Group and Stone Point Capital.

“It will hit its three-year track record in its funds year end, and we’ve been very happy with the build-out and the team’s and the funds’ capabilities,” he says. “I first evaluate whether something is appropriate for New Ocean and if it is we try and make sure that it’s part of New Ocean’s offerings.”

“We’re always trying to develop products that fit clients needs and so the mantra of alternative capital at XL Catlin is to match the right risk with the right capital, and that approach is really designed to support our underwriters.”

New Ocean’s Funds invest in a broad range of reinsurance strategies, which are becoming increasingly diverse in response to investor appetite, explains Wenzel.

“There’s great curiosity and interest for what else besides Cat is available, in particular around return correlation. However, the investors that have a mandate to actively pursue those is a much smaller subset of investors who are already allocated to property cat.”

“So potentially it’s quite large but it requires building structures that allows the money that exists into them, which in some ways is limiting with the structures and resources we all have available now, but also it is an untapped market,” he adds.