As we explained earlier this week, South Korea is facing a strong typhoon landfall from typhoon Maysak, which is heading for the south coast not far from the Busan region still with Category 3 115 mph winds and higher gusts.

It’s expected that typhoon Maysak will weaken somewhat on approach to South Korea landfall, but it could still be a relatively strong Category 2 equivalent typhoon, expected to cause damage and disruption.

You can see typhoon Maysak’s position and forecast path, from not long before landfall, below: 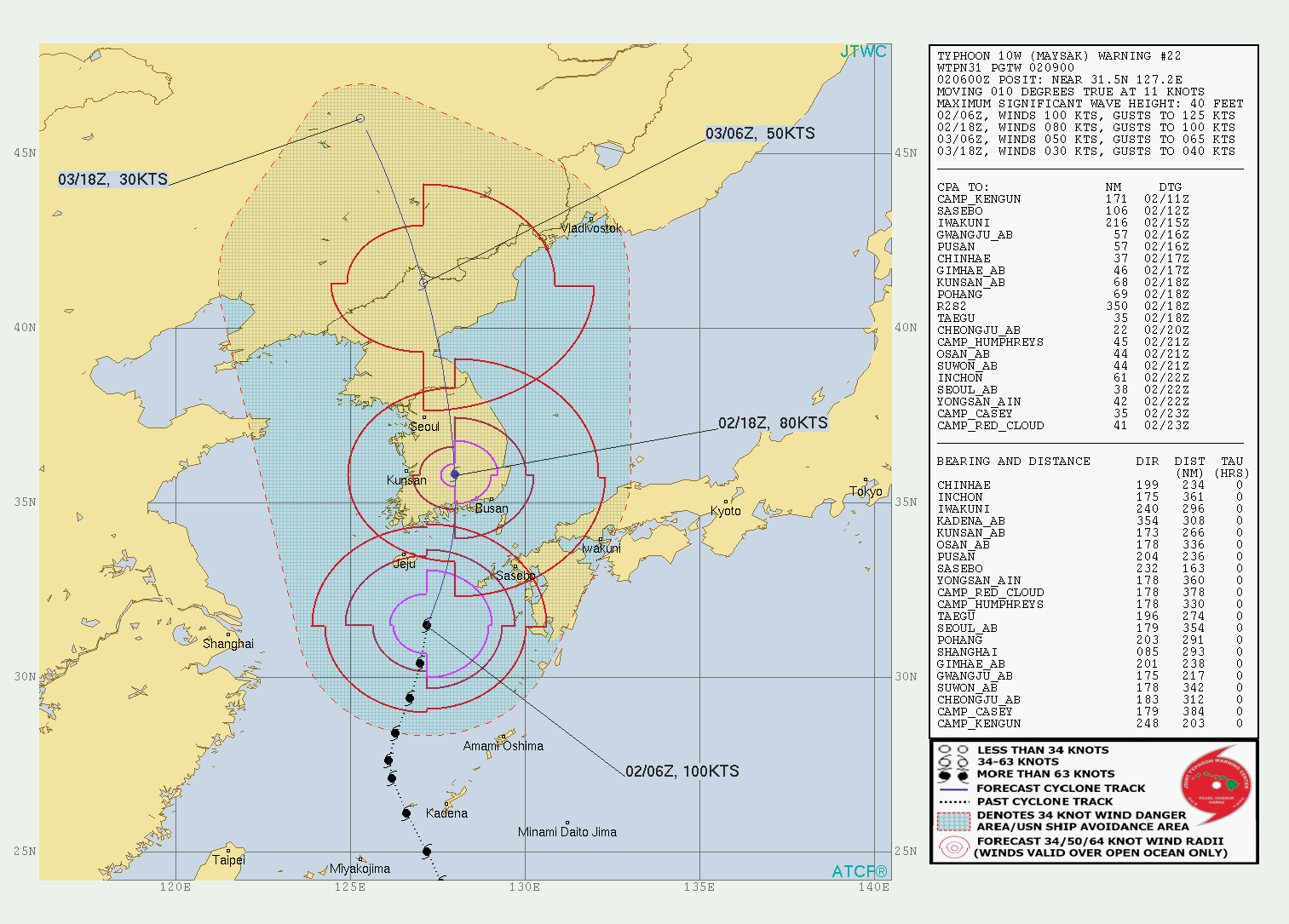 Following in Maysak’s path is now tropical storm Haishen, which is forecast to rapidly intensify into typhoon Haishen and head for the southern Japanese island of Kyushu and then onwards to the same region of South Korea.

The latest forecast suggests typhoon Haishen could become a very severe storm, with sustained winds of close to 140 mph as it approaches southern Japan’s Kyushu island.

That would put typhoon Haishen into Category 4 territory and some of the forecast models are currently showing a larger and more severe typhoon than 2018’s Jebi, something for insurance, reinsurance and insurance-linked securities (ILS) market participants to keep a close eye on then.

Currently, typhoon Haishen is forecast to pass close to the southern tip of Kyushu, but any deviation east in the track could bring the storm’s eye very close to large Japanese cities such as Kagoshima, Nagasaki and Kumamoto, with Fukuoka also not far out of the cone right now.

A major Category 3 or 4 equivalent typhoon Haishen barreling into this region of Japan could result in a relatively significant insurance and reinsurance market loss it seems, judging from the impacts of typhoons in recent years, such as 2018’s Jebi and Trami, and 2019’s Hagibis and Faxai.

You can see future typhoon Haishen’s current position and forecast path below:

Typhoon Haishen will first pose a threat to the Amami islands region of Japan as it heads northwest, and Japan’s Meteorological Agency has warned local residents of “a chance of extensive widespread damage” from the storm.

Haishen’s central pressure could drop to 930 mb or lower by the time it reaches the Amami region, after which further deepening of the storm is forecast as it moves over warm waters, with little wind shear evident, towards southwest Japan.

Whether typhoon Haishen makes landfall in Kyushu or not, it is expected to pass very close by on the latest forecast.

But after that, typhoon Haishen is forecast to carry on towards South Korea, with a possible landfall there in the same region that Maysak is forecast to hit in the coming hours.

That could complicate matters and become a dangerous situation for those in the region, while also potentially complicating matters for insurance and reinsurance interests.

However, if Haishen strikes southern Japan’s Kyushu island it would be expected to weaken the typhoon, leaving the majority of any insurance or reinsurance market loss there and perhaps saving South Korea from a more impactful hit, that could still occur if Haishen bypassed Japan altogether and held onto its strength.