The Taal volcano in the Philippines which began erupting yesterday poses a potential threat to the Philippines government’s  IBRD CAR 123-124 catastrophe bond transaction, which would be on-risk should a major earthquake occur due to the volcano’s current active state. 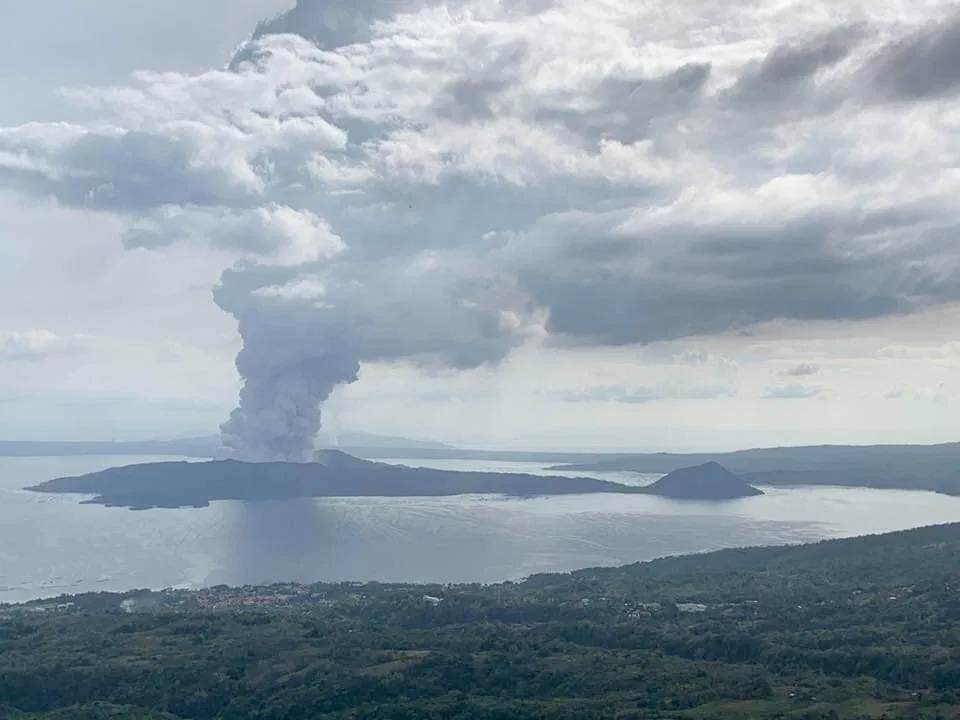 The Taal volcano has always been considered one of the most active and unpredictable in the Philippines, being situated in the middle of a lake and with numerous vents through which it has erupted over the years.

Recorded eruptions at the Taal volcano number 34 in the last 450 years and despite being a particularly small volcano, it is one that is feared in the Philippines due to its proximity to large population centers, such as the capital Manila which it is just 40 or so miles south of.

Yesterday, Sunday January 12th, Taal began emitting a large ash plume that stretched miles into the air and then it erupted again this morning (Monday 13th), spouting magma into the sky and flowing lava down its slopes.

Since the initial eruption of Taal, there have been a significant number of earthquakes in the region and this is one of the perils that the recently issued Philippines catastrophe bond provides coverage for.

The Philippine Seismic Network has recorded 144 volcanic earthquakes in the Taal region since January 12th 2020.

The Philippine Institute of Volcanology and Seismology (Phivolcs) said that 44 of the earthquakes had an intensity ranging from Intensity I – V and were felt in Tagaytay City, Alitagtag, Lemery, Santo Tomas, and Talisay, Batangas.

The organisaction explained, “Such intense seismic activity probably signifies continuous magma intrusion beneath the Taal edifice, which may lead to further eruptive activity.”

Locals in the region have been evacuated as official warned of the potential for a “hazardous eruption” of the Taal volcano in the coming hours or days.

The volcano is said to have erupted more steak today that reached at least 2km into the sky, while new vents have opened on Taal’s flanks out of which lava has been flowing.

Aircraft were grounded at the capital city Manila’s airport yesterday and today restrictions are in-force to keep flight paths away from the ash cloud generated by the Taal volcanic eruption.

Should a major and hazardous eruption of the Taal volcano occur in the Philippines, it has the potential to cause significant volcanic related seismic activity, with any resulting major earthquake always a threat to an exposed catastrophe bond.

The World Bank’s $225 million IBRD CAR 123-124 catastrophe bond transaction for the Philippines features one tranche that provides cover against earthquakes, with $75 million of IBRD CAR 123 Class A notes providing financial protection for losses from earthquakes.

The cat bond features a modelled loss trigger and payouts can be triggered when an earthquake meets the predefined criteria under the terms of the catastrophe bond and its model.

In a statement the Philippines Finance Secretary, Carlos Dominguez III, explained that the country has cat bond coverage, with the $75 million of coverage able to be triggered by a 1-in-19 year earthquake occurrence that could be a risk during and following the Taal volcanic eruption and related seismic activity.

The Philippines tends to lose around one or two percent of GDP due to disasters and severe weather each year, the government estimates, hence it has been putting in place increasing amounts of risk financing, insurance and reinsurance protection, including the recent catastrophe bond.

For an earthquake to trigger the bond though it is thought that it would need to be as damaging as the 1990 magnitude 7.7 Luzon earthquake that killed more than 1,500 people.

The 1-in-19 year earthquake would equate to a modelled loss of roughly 11 billion Pesos (US $220 million) the Philippines Finance Ministry believes.

With the Taal volcano still particularly active at this time the cat bond does face some risk should a major seismic event occur linked to its erupting.

Taal is known for severe earthquakes during historic eruptions and has also been known to cause large waves on the lake it sits in when major eruptions have occurred in the past.

You can read all about the Philippines catastrophe bond, the IBRD CAR 123-124 issuance, in our comprehensive catastrophe bond Deal Directory that includes details on over 640 transactions.