A devastating earthquake that struck the Indonesian island of Sulawesi on Friday causing a tsunami is expected to have resulted in more than 1,000 deaths, according to reports, with widespread destruction reported along the coastline and some areas still unreachable.

Friday’s tragic earthquake event struck Sulawesi at magnitude 7.5 and the quake was followed by a tsunami estimated to have been as high as six metres in some areas.

The earthquake struck at a depth of 10km and the epicentre was located around 78 km north of the city of Palu in the regency of Donggala, Sulawesi, Indonesia. 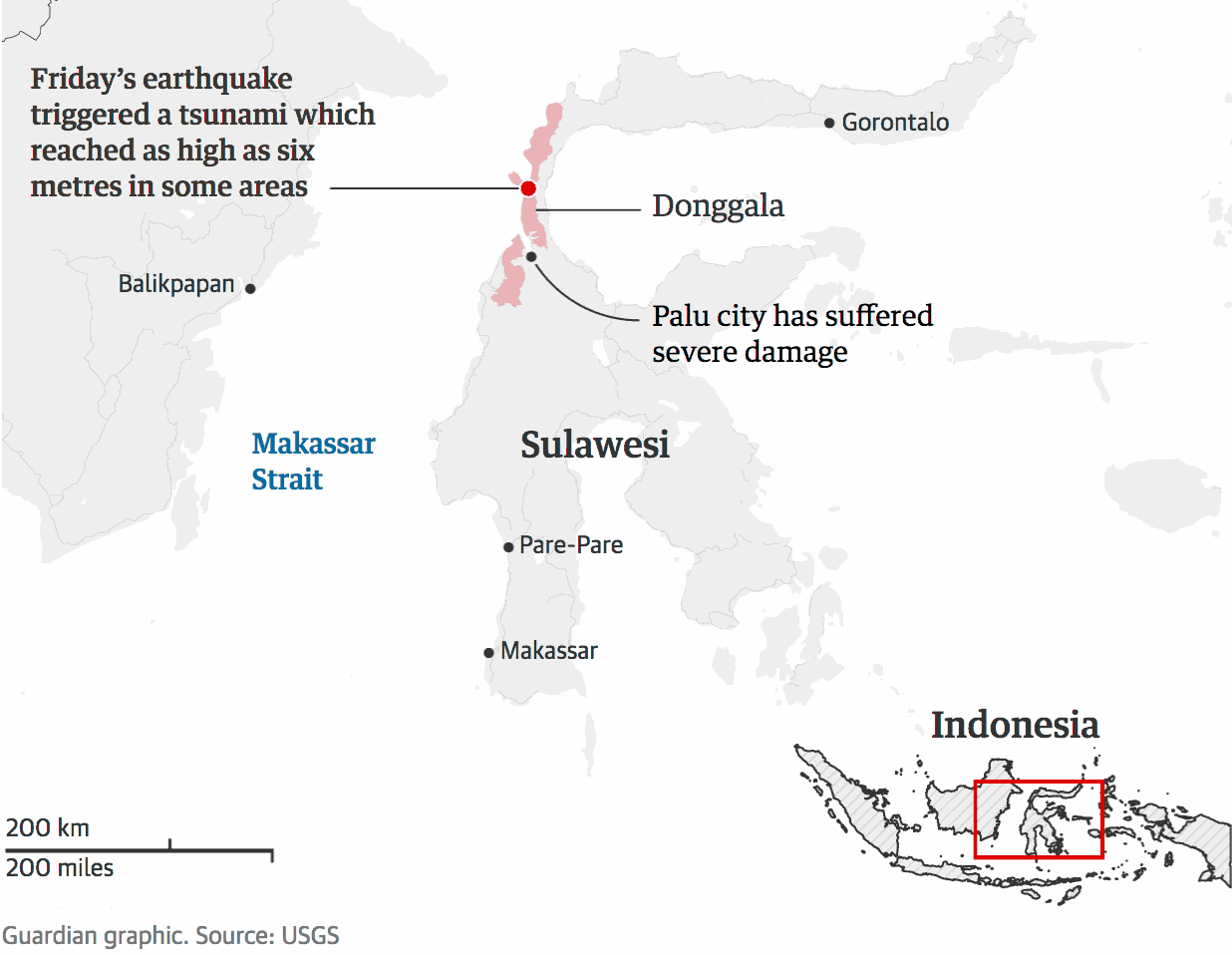 The resulting devastation and terrible death toll sadly shows how fragile lives and livelihoods are in the face of extreme natural disaster events such as these.

The impacts also serve to highlight the need for insurance protection at the individual level and sovereign disaster risk transfer to help distribute financing and increase financial liquidity in catastrophe affected areas, to aid in their recovery

The earthquake caused significant damage in a region where building codes are not particularly robust. The following tsunami has completely destroyed some coastal communities and caused significant impacts to the city of Palu where 821 deaths were reported as of Sunday.

The disaster also makes evident the important role that functioning insurance and sovereign disaster risk transfer markets can play, in a region where penetration of insurance and reinsurance coverage is very low and international capital flows are rarely well protected against these kinds of natural events.

Reports suggest many people remain trapped in collapsed buildings and some towns have yet to be reached by rescue teams due to landslides and difficult terrain. It’s also been reported that many may have been washed out to sea by the tsunami as coastal communities were preparing for a beach festival at the time it struck.

As a result the official death toll, currently at just over 830, is sadly expected to rise much further.

Insurance and reinsurance markets will take a loss from Friday’s earthquake and tsunami in Sulawesi, but it won’t be particularly large despite the scale of the devastation.

With penetration of personal and also commercial property insurance relatively low in the region, meaning reinsurance exposure is also not particularly significant, the lions share of the burden following the disaster will likely fall on the government, taxpayers and international aid organisations, once again demonstrating the wide disaster protection gap that exists.

As a result the industry won’t bear much in the way of costs, but the event should serve to remind us of the importance of increasing penetration of insurance at the primary level, ensuring commercial and international organisations are insured when operating in developing regions of the world, as well as the fact that governments should be taking advantage of the appetite of capital markets to secure disaster risk financing that is parametric and securitised in nature, such as catastrophe bonds.

The rapid disbursement of capital after natural disasters strike is a key tool for speeding up recovery, hence parametric cat bonds and insurance products can provide real assistance when terrible events such as this occur.

There remains significant work to do to encourage greater uptake of insurance and risk transfer at all levels in the economy and while nothing can take away from the suffering endured by communities that face such disasters, the role of insurance can help to speed up their recovery and buffer the government against financial drawdowns that can themselves cause greater, or prolonged hardship in the affected region.