Bid prices have recovered somewhat for a number of catastrophe bond positions that had been deemed particularly exposed to potential losses from hurricane Ian, with a number of the most Florida wind exposed positions appreciating in the last week, as well as the NFIP’s flood cat bonds. 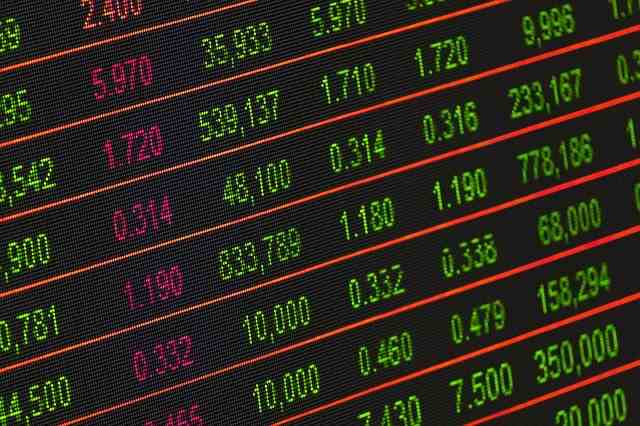 As we’ve previously written, it seems that the catastrophe bond market took a conservative approach to marking down positions that were exposed to losses from major hurricane Ian.

That has made it seem possible that the actual losses the cat bond market suffers from hurricane Ian, could be much lower than the initial mark-to-market hit that was experienced.

Evidence has been seen in the stabilisation of the Swiss Re cat bond index, as well as in there being more gainers than losers on cat bond pricing sheets.

The new cat bond pricing data shows that there have been some recoveries in price among some of the cat bond names considered particularly exposed to potential losses from hurricane Ian.

Perhaps more importantly, we’ve seen multiple price sheets from different broker-dealers and cat bond trading desks, with these names seeing an appreciation in their bid prices across all the different marks we’ve analysed.

Which suggests a growing confidence that losses, at least for some cat bonds, will be less than was originally anticipated straight after hurricane Ian, with some positions expected to be now a little less likely to payout at all, or to payout less than was initially thought likely.

Previously we detailed all the cat bonds that were considered most at-risk of losses after hurricane Ian.

These partial price recoveries we’ve seen don’t mean any of these cat bonds can be considered safe from loss, but they do indicate the market is expecting either smaller losses, or a reduced probability of certain cat bond names facing Ian losses of principal.

Here, we wanted to highlight some of the outstanding cat bond names, grouped by sponsor, that have seen a relatively significant partial recovery in their bid prices over the last week, only where there is some consensus and the names saw price increases on more than one sheet.

All of the outstanding Integrity Re Ltd. catastrophe bonds, sponsored by American Integrity Insurance Company of Florida, Inc., have had their secondary prices raised, suggesting an expectation that the chance of losses, or the quantum of losses, for these cat bonds has reduced in the market..

All three of American Integrity’s outstanding cat bonds had been marked down at prices of 10 cents or lower, suggesting the market largely expected total losses from them.

Of all the cat bond programs, the Integrity Re series of cat bond deals has seen perhaps the greatest price appreciation in the last week and most consistently across pricing sheets, suggesting some insight has been received about American Integrity’s expected loss quantum from hurricane Ian.

A number of the outstanding Bonanza Re cat bonds from American Strategic have been marked up in the last week, most notably the $135 million Bonanza Re Ltd. (Series 2022-1) which had been marked down to indicate the potential for a total loss of principal on some cat bond pricing sheets, has now gained some ground and seems to be marked down anything between 40% to 75% now.

Some of the FloodSmart Re catastrophe bonds sponsored by FEMA to provide reinsurance to its National Flood Insurance Program (NFIP) have also seen partial recoveries in their prices, likely as a reaction to the fact FEMA’s claims disclosures are not (so far) showing the significant increase in numbers that would be required for the entire program to face losses.

Some of the FloodSmart Re cat bonds are still marked down heavily, indicating the market still believes losses will be faced, but across all the exposed tranches the last week has seen prices gaining by between 5 and 25 cents on the dollar.

Notably though, the riskiest tranche of FloodSmart Re cat bonds, the $125 million Class B tranche of the FloodSmart Re Ltd. (Series 2021-1) issuance, have only gained a very small amount and remain marked down sufficient to indicate the market still expects a significant loss of principal for this cat bond.

The riskiest $25 million Class C tranche of the Herbie Re Ltd. (Series 2020-2) cat bonds from Fidelis has recovered roughly 10 cents on the dollar at this weeks pricing, with the notes now marked at between 50 to 60 cents.

Insurtech Kin’s $175 million Hestia Re Ltd. (Series 2022-1) cat bond has also seen a partial recovery on some sheets, with the notes marked up slightly, by around 25 cents, to indicate a reduced expectation of them facing a total loss.

However, demonstrating the differences often apparent between cat bond pricing sheets, they’ve been marked down quite heavily on one as it catches up to the others. Now, the Hestia Re notes are marked for bids of between 20 to 50 it seems, having previously been marked for a total loss by some.

Two of State Farm’s cat bond tranches have been marked up from its Merna Re series of deals, having previously been marked down more than 50% each.

Also notable is a bit of a recovery for the $150 million Cosaint Re Pte. Ltd. (Series 2021-1) cat bond notes, likely on the heels of Universal’s results announcement last week that revealed its expectation of a roughly $1 billion gross loss from hurricane Ian, which could mean the cat bond avoids any impact unless the gross loss creeps higher.

The Cosaint Re cat bond notes have recovered as much from being marked down as likely to face a total loss, with the notes now marked down between 20% and 50%.

These are all the most notable cat bonds that have appreciated in price on secondary sheets in the last week and that are considered exposed to hurricane Ian.

There have also been smaller price appreciations for many other cat bonds, including some deemed exposed from Allstate, Florida Citizens, Security First Insurance, among others.

But, also notable is a broad price decline in many diversifying cat bonds and cat bonds not exposed to hurricane Ian, as the spread effects in the market continue to weigh on positions and the market continues to bake in future cat bond issuance price expectations as well.

Overall, the market loss expectations are down a little, as indicated by the pricing sheets, but still fall within the earlier estimate (Oct 4th) we made of between $1.6bn and $3.6bn, with the way marks have moved suggesting it will be nearer the low-end of that range.

As a reminder, Lane Financial also analysed the pricing of bonds that are particularly exposed to hurricane Ian, concluding that it implied a roughly $1.906 billion cat bond market loss was possible.

It’s worth highlighting though, that it could be months before we really understand the cat bond market loss from hurricane Ian and the potential for Florida’s insurance environment to deliver some surprises and loss creep remains a risk cat bond fund managers and investors will need to watch out for.