Optimism over reinsurance renewal rate increases is said to be rising, as the market deals with a significantly delayed renewal timeline, for which a lack of aggregate retrocession capacity and trapped insurance-linked securities (ILS) capital are two of the drivers. 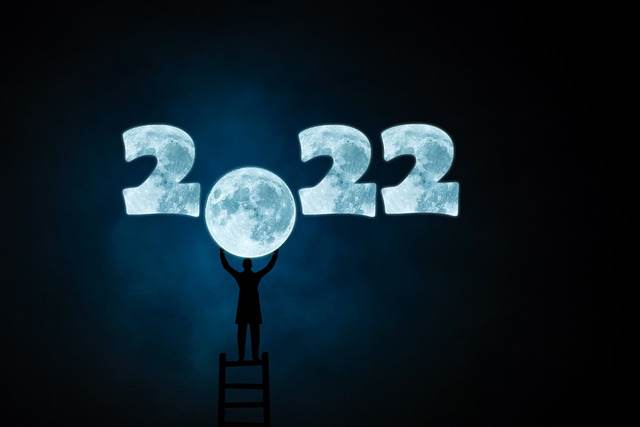 Analysts at KBW spoke with a number of Bermudian reinsurance firms in recent days, finding that the closer we get to the January 1st 2022 reinsurance renewals, the more optimistic executives are becoming about the outcome.

The analysts said that they do not expect rate increases of the magnitude seen in hard renewal markets like 2006, but they do anticipate “solid rate increases overall, and occasionally dramatic increases for some loss-impacted accounts.”

The reinsurance executives that KBW’s analyst team met with all agreed that the January renewals are set to be unusually late this time.

This has been expected for well over a month now and first became apparent when some major retrocessional reinsurance programs had to be pulled and restructured, some as far back as in October.

That, as well as the emerging clarity over just how large losses such as hurricane Ida and the European floods will be, alongside the recognition that retrocession is severely limited and ILS funds are dealing with significant trapped collateral again, are all making it a challenging renewal environment.

Part of the lateness associated with the January 2022 reinsurance renewals is being caused by markets desire to wait and see, for as long as they can, before committing on pricing.

There has also been a continuation of the pulling and restructuring of proposed renewal programs, as well as some recognised challenges for certain players (some Lloyd’s markets we hear are particularly suffering) because of the lack of retrocession.

One person told KBW that as of Thursday this week, just around 10% of renewals had been signed, leaving a glut of negotiations and contract signings for the end of the year.

Capacity is a significant driver of a dysfunctional renewal marketplace, we understand, especially at lower layers and in aggregate covers.

Adding that, “In contrast, there is significant capacity available at the right price for occurrence protection (especially higher layers), which implies that even though renewals haven’t been orderly so far, most programs should ultimately get filled.”

We’ve heard that there is some new capital for higher-layer catastrophe covers, including retrocession, with some ILS investors also targeting higher-layer UNL retro this year, aiming to fill some gaps and also capitalise on improved rates.

But this new capital is not cascading down to the most affected areas, of lower-layer and aggregates, particularly retrocession, we’re told, meaning this stand-off over rate is likely to continue until prices do rise to a level where capital will flow more readily.

As a result, price expectations have risen for almost everyone, KBW’s analyst team said.

Demand is largely stable though, with not a significant amount of new buying going on, it seems.

Every executive that KBW’s analysts spoke with reported a “significant pullback in ILS capital” they report, with one executive estimating that because of trapped capital the ILS market may only have $70 billion to $75 billion of deployable capacity right now.

That aligns with the general estimates for how much trapped collateral there is in the ILS market at this time.

Even before the European floods and hurricane Ida, trapped ILS capital was estimated to be close to $10 billion still, largely from prior year events and some from the US winter storms earlier this year.

But then since hurricane Ida a significant amount more has been trapped, also by the floods, but it is the aggregate capacity that has been most recent trapped which now sees a significant effect emerging for the renewal market.

Several executives cited growing investor interest in longer-tailed lines of insurance and reinsurance business, which is no surprise to hear as there has been a general expansion going on for some years now, which is beginning to gain more meaningful pace as services to assist investors in understanding the capital and claims flows of longer-tailed business improve.

Inflation is another factor for this renewal, with executives expecting inflationary pressures to persist through 2022 at least.

That is another factor helping to drive rates upwards at this renewals and those ceding firms that have managed social inflation and their reserving poorly, are likely to be the among the most penalised on rates at this renewal season.

Retrocession seems to be where the most obvious pain is being felt right now, although bigger retro buyers are near to securing their capacity, despite some having to restructure programs a little.

There is an increasing expectation that industry loss warrants (ILW’s) and index catastrophe bonds may see activity right through the renewal season and into the New Year, as retro buyers look to fill gaps and top-up towers that the renewals alone cannot satisfy.

This is typical of any renewal, but this year it could be far more pronounced and offer more opportunity to those capital markets that appreciate the industry index linked product returns.

One interesting piece of feedback we’ve heard from reinsurance buyers about this renewal, is that they were ready and prepared to restructure at first, but were encouraged to test the market with a program similar to previous years by their brokers, which in some cases resulted in adjustments being required further down the line.

Another piece of feedback on brokers, is that as renewals get concentrated towards the end of the year, or a specific target date, the broker teams can be stretched thinner and the job of getting market price indications, consolidating them and trying to generate a consensus on rate-on-line can be much harder and also get slowed down.

The more challenging a renewal, the more broker resource and speed of response can become an issue, it seems.

This all points to the need for more electronic placement of renewal business, as a way to help the brokers focus on the important upfront work of modelling and designing the right structure, while allowing the technology to focus on finding clearing prices and syndicating risks to capital providers.