The longer-tail nature of some earthquake loss events continues to be demonstrated by the Canterbury, New Zealand disasters, with the Insurance Council reporting that paid insurance losses have now hit $19 billion, up $1 billion since the end of June. 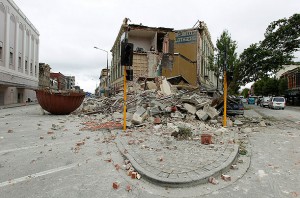 The Insurance Council of New Zealand said this morning that claims paid by private insurance firms, many of which will have been backed by reinsurance capital, have reached close to $19 billion as commercial and residential claims from the Canterbury earthquakes in 2010 and 2011 get settled.

Almost $9 billion of the total was for domestic insurance claims, the Council said, while almost $10 billion are commercial in nature.

Interestingly the percentage of residential and commercial claims paid have only risen by 1% since each the end of June, but the total loss paid for by insurance and reinsurance capital has risen by $1 billion. This perhaps gives a sign to the market that further loss creep could be expected.

As of the 30th June 2016 $18 billion of losses had been paid by insurers, representing 93% of the total residential claims filed and 94% of commercial claims had also been settled.

But as of the 30th September 2016, so just three months later, the total had reached $19 billion but the percentage of claims paid had only reached 94%. That leaves 6% of claims to go and the insurance and reinsurance industry will be hoping that the loss does not rise by $1 billion for each percent left.

Chief Executive of the Insurance Council of New Zealand Tim Grafton explained; “insurers have now fully settled 94% of all Canterbury earthquake residential properties. This represents 21,859 over cap and 63,739 out of scope properties. We have also settled 95% of commercial claims worth $9.9 billion as at 30 September 2016.”

It’s a slow process dealing with these remaining claims it seems, despite the fact that the earthquake events were so many years ago now. The Canterbury quakes have resulted in a steadily rising loss for insurance and reinsurance capital to deal with, meaning some reinsurers have even had to strengthen provisions and reserves for these events.

When these events occurred there were a number of insurance-linked securities (ILS) funds and collateralised retrocessionaires exposed to the events, but these firms settled their claims quickly, commuting losses so as to be able to have certainty for their investors.

That seems like a very smart move now, with the benefit of hindsight showing that the eventual insurance industry loss tally has risen significantly since the time those commutations occurred.

Previously, IAG had reported in 2015 that the Canterbury quakes had resulted in further impacts to its bottom-line owing to claims deterioration, and reinsurance giant Swiss Re also revealed ongoing loss creep earlier in 2016.

The Canterbury earthquakes highlight the importance of settling reinsurance and retrocession claims for ILS funds, particularly if an event could see claims filing dragging on meaning uncertainty for investors and the potential for collateral to be locked-up for prolonged periods.

The event also demonstrates the importance of capping liability for reinsurance claims, ensuring that reinsurance and retro contracts cannot result in spiraling losses, as the ongoing deterioration of events like this could prove extremely costly further down the line.

The Insurance Council said that there are still 352 claims that are yet to receive offers from their private insurer, 440 properties where claimants have yet to make decisions on the offers they’ve received, and 172 new claims which are still being validated.

Since the impact of the Canterbury earthquakes and based on the lessons learned, the NZ EQC has sought to improve the coverage it provides in an effort to make it more financially sustainable and effective.

Reinsurance capital and ILS will play a major role in providing the disaster risk capital New Zealand needs in future, but those entering into contracts to protect insurers from earthquakes in the country must be aware that claims can take time and these events have longer-tails than are often anticipated.