Next evolution of ILS is to rationalise the distribution chain: Nephila’s Hagood 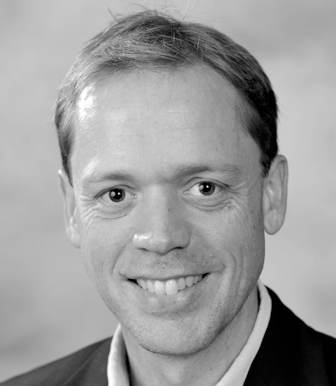 Capital markets investors showed their commitment to the ILS space following 2017 events, putting to bed any questions about third-party reinsurance capital’s permanence after major losses and leading many in the industry to agree that it’s here to stay.

The market appears to be going from strength to strength with a growing investor and capital base, underlined by a record-breaking start to the year for the catastrophe bond market on the back of what’s been described as the ILS market’s first major test.

Speaking with Clear Path Analysis for its recent ILS report, Hagood of Nephila Advisors, a division of the largest ILS and catastrophe reinsurance fund manager in the world, Nephila Capital, explained that for the first 15 years of the alternative marketplace it was heavily focused on “bringing in more efficient capital to catastrophe risk,” which, “has broadly played out today”.

According to Hagood, approximately 30% of the world’s catastrophe risk is now assumed by the capital markets as opposed to traditional reinsurance companies.

But what next for the space? And where exactly might the next stage of growth and evolution come from in a marketplace eager to expand its remit and increase efficiency?

In his discussion with Clear Path Analysis, Hagood offered some thoughts on where the next stage of ILS market evolution might come from.

“The next stage and evolution of the market is to rationalise a very inefficient distribution chain. The reason we tripled our staff was to effectively vertically integrate some of the distribution chain. By doing so, we capture some cost efficiencies in the market and reduce the expense load of getting the risk to the capital.

“This vertical integration allows us to harness some cost savings and give those to our investors in the form of a higher return,” said Hagood.

He continued to explain that as a result of the capital side of the equation becoming increasingly rational and efficient following its transfer to a much deeper and efficient capital base, the focus can then be on how to increase the efficiency of connecting the risk with capital.

“To us, this is going to be the future of the market – leading firms will have scale and will make investments to get the risk to the capital more efficiently. This will be a source of ‘alpha’ in that if you are an early adopter, then you can capture those cost savings and increase your investors return, without an increase in risk,” said Hagood.

As the ILS market expands and its awareness grows alongside market sophistication and maturity, more and more investors could look to enter the space, which in turn could see the establishment of more fund managers.

However, according to Hagood it will become increasingly difficult for new players to start and scale their business, noting that the top ten of the roughly 50 managers in the space control the majority of the assets.

Scale, says Hagood, is becoming increasingly important for ILS managers, adding that over the next five to ten years it’s important a fund manager has scale “to capture some of these cost efficiencies” and to increase investor returns via connecting risk to capital in a more efficient manner.

Hagood also expects to see greater competition between traditional market players and the ILS space in the future.

“We will see reinsurers be more competitive with fund managers in the future. The implications for reinsurers are clear as their cost of capital is higher than fund managers and the re-pricing that everyone was waiting for post event didn’t happen to the degree that people thought.

“With these two ingredients, reinsurers now have an interesting strategic challenge as to how they respond. Our view is that they will likely transform more to originators for risk and less holders of risk over the long term,” said Hagood.

A copy of the seventh annual ILS for Institutional Investors report from Clear Path Analysis can be downloaded from its website.