The Lloyd’s Market Association (LMA) is setting up a Members’ Agents Committee, which will be given the task of representing the interests and priorities of both providers of, and advisors to, third-party insurance or reinsurance capital at Lloyd’s of London. 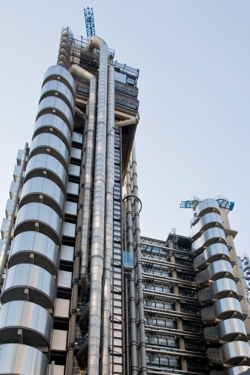 The Committee will meet for the first time on June 16th 2017 and with the growth of insurance-linked securities (ILS) and the increasing interest that institutional investors show in the Lloyd’s insurance and reinsurance market, having a committee to raise and assist on issues of relevance to the alternative market could be extremely useful.

Lloyd’s of London is getting increasingly accepting of alternative sources of capital, despite the fact it has been backed by third-party capital providers since its launch. The problem to-date has been the difficult to access Lloyd’s market returns, for the type of ILS funds and investors who would really enjoy the opportunity today.

Lloyd’s needs to make it simpler, more streamlined and efficient to access the returns of reinsurance risk underwritten in the market, in order to capitalise on the wealth of lower-cost capital from the ILS market that its underwriters could be utilising today.

Establishing this committee could be beneficial and help Lloyd’s to realise this opportunity.

Graham White, Non-Executive Director at Argenta Holdings plc, has been appointed as Chairman of the committee. Its members will come from the three Lloyd’s Members’ Agencies, Alpha, Argenta and Hampden, at least two of which are already working with some ILS investor initiatives today. Additional attendees will be invited as appropriate, the LMA said and the committee will report to the LMA Board.

David Gittings, CEO of the LMA, commented; “The LMA is pleased to support this new initiative. Members’ agents represent third party capital which is an important constituent of the capital mix at Lloyd’s. This forum will allow the many issues directly relevant to members’ agents, and the capital providers they represent, to be addressed.”

Graham White added; “The committee and I are grateful to the LMA for sponsoring our efforts to ensure that the specific issues of the third-party capital community are properly heard. In the initial phase of its operation, we anticipate that the committee will act as a direct conduit for our views on the Lloyd’s Capital Planning timetable.”

The committee will be tasked with providing expert input, guidance and assistance on “issues affecting the members’ agent community, including high level policy matters, operational issues and other concerns raised by members’ agents, third party capital providers, Lloyd’s or other external parties.”

Of course, it should be noted that third-party capital providers also includes the more traditional ‘Names’ at Lloyd’s, but anything that helps the market to focus on the opportunities that embracing ILS would present can only be beneficial for the future of its underwriters and members.