Lloyd’s is still capital efficient, but ILS can make it more so: Vario

With Lloyd’s of London market participants generally beginning to view the idea of the insurance-linked securities (ILS) having more involvement in and access to Lloyd’s as a positive, or at least inevitable, they should be looking to ILS as one way to increase the capital efficiency of their operations in the market, according to Vario. 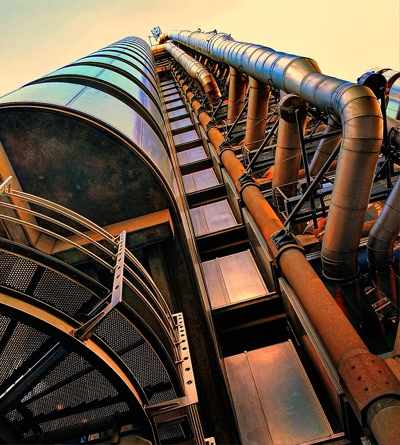 Vario Global Capital Ltd., a specialist ILS focused insurance analysis and modelling firm, has said before that the Lloyd’s market needs to leverage insurance-linked security (ILS) and catastrophe bond trends in order to increase support for its syndicates capital.

Now the firm highlights that, with the Lloyd’s market set to become less capital efficient due to changes in the way letters of credit (LOC) are recognised as regulatory benefits, participants in the market can look to ILS as a way to source efficient reinsurance capital, rather than the alternative of growing their equity instead.

“Given the increasing capital requirements and the change in eligibility of LoCs at Lloyd’s, ILS can provide a potential way out of the increasing costs of capital,” Vario explained. “Indeed, “renting” risk capital through reinsuring with capital markets investors, instead of holding ever more equity, can be a smart and capital efficient approach to capitalising risk.”

The Lloyd’s market remains efficient of course, but Vario believes it can be more so with the help of the capital markets.

The firm encourages Lloyd’s market participants to look beyond the UK ILS regulatory regime, which it notes could be expensive and time-consuming if a syndicate wanted to issue a catastrophe bond or equivalent, rather to look to other forms of insurance-linked securities (ILS) instead, including industry loss warrants (ILW’s) and parametric ILS solutions.

Vario notes that utilising these types of index or parametric trigger ILS structures presents, “A far more scalable approach than the individual, indemnity-based approach of an insurer’s own ILS bond issuance, and the costs reflect this.”

The Lloyd’s market needs a broader solution than just a natural catastrophe ILW or parametric structure, Vario explains, given the broad portfolios that syndicates at Lloyd’s tend to underwrite.

As a result the company is proposing a new structure it has termed an LLW, which would use Lloyd’s own calendar year loss ratios as the index trigger for the instruments, a concept Vario discussed previously and we covered here.

“We believe that the case for Lloyd’s issuing such ILS centrally is evident. Furthermore, individual syndicates can effectively gain the protection of a Lloyd’s ILS themselves; by buying collateralised parametric ILW reinsurance from any of the existing ILS funds providing such cover using the Lloyd’s market data to parameterise the cover,” the company said.

Explaining why such a product could be valuable to Lloyd’s syndicates, Vario said, “The key benefit of an ILS product based on Lloyd’s published calendar year loss ratio is that it simply doesn’t matter what claims have emerged from which classes of business; if the trigger has been reached, then the collateralised reinsurer will pay the reinsurance recovery due. This may be of particular interest to cover those classes where reinsurance is restricted, or for additional sideways cover for multiple events. In effect, the syndicate is acquiring a form of Stop Loss protection based on a parametric trigger. This is a product currently being marketed in Lloyd’s by Lockton Re.”

Of course basis risk is often considered an issue, but here Vario seeks to put potential users at their ease, saying that modelling shows that, “For a typical Lloyd’s syndicate writing a broad mix of property, casualty and reinsurance risk, at the syndicate’s 1-in-200-year (SCR) loss, there is a recovery from a Lloyd’s calendar year loss ratio ILS ranging from [40% to 80%] of the limit, depending upon return period purchased.”

The gap to 100% is in effect the basis risk due to the parametric nature of this kind of reinsurance, Vario notes, however it adds that Lloyd’s has given capital credit for similar parametric ILS and is expected to support these products in a similar way.

A Lloyd’s loss ratio index trigger contract is not new by any means, having been marketed in the past by a number of different parties, including efforts to launch such a product with a line of business specific loss ratio focus.

But Vario has put significant effort into understanding the Lloyd’s capital model and how an ILS structure can essentially augment the efficiency of a Lloyd’s syndicates capital, as well as Lloyd’s itself, and so these products are becoming an increasingly well-understood and viable option for Lloyd’s market focused protection buyers.

This all raises the question of what exactly is the draw that keeps participants in Lloyd’s?

Is it the capital efficiency they can gain as part of the Lloyd’s market? Or is it the access to business they may otherwise not have been offered to underwrite? Or is it just that some know no different?

At a time when ILS markets are opting not to stay in Lloyd’s and market or location is becoming less of a driver of underwriting business, as risk goes global and can be originated in many other ways now, perhaps adding capital efficiency is actually the best thing for Lloyd’s participants and if they can do so with the help of ILS, why not?

Of course, whether any capital model within Lloyd’s could ultimately be as efficient as one fully-collateralised and outside of the market remains to be seen of course. As market trends continue to evolve, could some syndicates be better advised to switch to a different business model entirely or will leveraging ILS give them the added capital efficiency they need to proposer?