“Little hope of a near-term bottoming” for reinsurance cycle: KBW

A number of factors are conspiring to increase the pressure on reinsurance rates, it isn’t just the growth and competitiveness of alternative capital and the ILS fund market, leading analysts at Keefe, Bruyette & Woods to believe that there is “little hope of a near-term bottoming” out of the reinsurance market soft cycle. 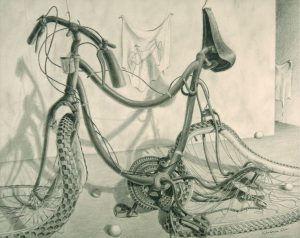 Looking ahead to the second-quarter 2017 earnings season which will see the world’s major property & casualty insurance and reinsurance firms giving the analysts a fresh look at their performance, KBW’s team sees more reason for pessimism on rates than for positivity.

The June and July mid-year reinsurance renewals have clearly shown that the bottom of the market soft cycle remains just out of reach.

If you think back eighteen months to two years ago, some market observers were calling for the emergence of a market floor to occur sooner rather than later. These calls for a floor to reinsurance pricing have continued regularly, but the market and its participants have not been listening.

Even the major reinsurers, some of whom were among the first to call for a pricing floor, have continued to support the ever decreasing price cycle, perpetuating the effects to their own books of business.

At this point of the 2017 underwriting year, with the key Florida and U.S. renewals now behind us, the evidence is all pointing to continued softening ahead in the run-up to the all important January 2018 renewal season.

Traditional reinsurance capacity continues to remain at excess levels, while capital from the alternative and capital market continues to increase in volume.

KBW sees recent and new U.S. risk model releases as a key to the future softness of the market, with recent hurricane model releases certainly having helped to stimulate some rate declines, and other future releases expected to do similar.

The analysts note that reinsurance broker Willis Re said that there is an expectation that some upcoming risk model releases will result in lower overall expected losses for the risks featured, which of course tends to translate in some additional downward pressure on pricing.

This could be interesting and have potentially larger ramifications for the sector, in how it affects capital and capacity, as some reinsurers may find that if their PML’s are reduced across a number of core perils they may find the requirement to hold capital against those risks is reduced somewhat. That could free up capital for other means, pressuring pricing further or to be put towards mergers and acquisitions.

KBW does expect that the second-quarter results season will see disclosures of modest large losses should be enough to eat into some of the re/insurers core profitability, but these elevated catastrophe and non-cat weather losses, as well as a few man-made events, won’t be enough to erode capital levels.

So all this will do is ensure reported profits are lower and that the pressure on pricing remains just as forceful as before, hence along with the expectation of lower expected losses from upcoming cat model releases, KBW’s analyst team do not see any reason for the soft cycle to harden anytime soon.