It appears we’re heading quickly towards a familiar reinsurance renewals story, where the ambition to capitalise on rate increases and subsequent inflows of capacity are now serving to ramp up competition. As a result, market sources expect pricing at the January 2021 reinsurance renewals will not be as hard as forecast back in September or October. 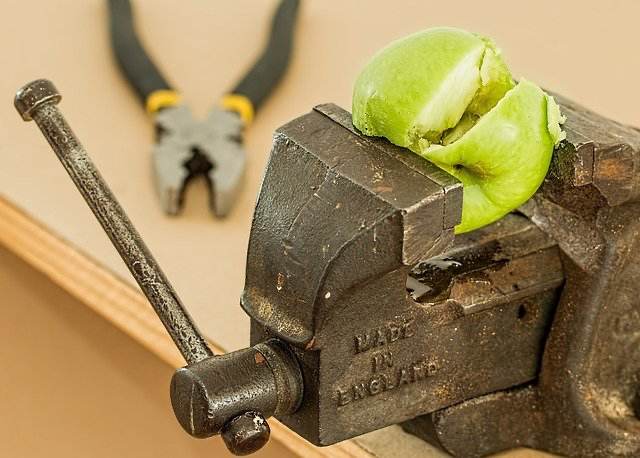 The January 2021 reinsurance renewals are looking entirely predictable, as the increasing volume of noise over the first true hard(ening) market opportunity, alongside the desire/need to improve profits, plus the ambitions to earn multiples on new capital allocations to the sector, are leading to increases in capacity and driving competition across the market.

For the 2021 renewals, a lot of the added capital is from the traditional side of the market and private equity inflows right now, although slowly and steadily insurance-linked securities (ILS) fund capital is also flowing again in some quarters, particularly catastrophe bonds and some collateralised reinsurance strategies, which promises to drive higher competition for renewal signings going forwards.

Back in September, when thoughts traditionally turn to the end of year renewals, the market was discussing an opportunity to put things right.

To reset rates at more sustainable levels, that could enable reinsurance firms to the deliver cost-of-capital beating returns they need over the long-term, with the underwriting side set to be the key driver as investment returns remain depressed.

But now, as the key stage of this renewal approaches, reinsurance rates have been talked up to such a degree that they may never reach the dizzying heights that had been forecast, sources tell us.

There is a faint and increasingly loud murmur of disappointment emerging from certain corners of the market, as experienced underwriters once again find that capital and competition may make their forward-looking 2021 portfolio projections inaccurate (or impossible to achieve) and cause some reassessment of the book they will actually underwrite at 1/1.

This murmur of disappointed voices has been building for the last week or two, as more evidence from the market suggests that reinsurance and retrocession rate increases are not going to be as significant as once hoped for, as the twin forces of capital and competition both ramp up their influence on the renewal outcome.

That’s not to say there aren’t going to be positive outcomes for many players.

Rates are definitely on the up and this is undoubtedly a reinsurance market that is in a state of firming at this renewal.

That means, for some, the ability to construct a higher performing portfolio of risk for 2021 and beyond.

We’re already seeing this in catastrophe bonds, with some cat bond fund managers having turned over significant chunks of their portfolio of older deals lately, in favour of higher-yielding new opportunities. Effectively resetting their return potential at a higher level.

In collateralised reinsurance and retrocession, the more selective and those ILS managers that have broader ambitions in terms of risk classes, as well as some in the lower-volatility bucket that are more conservative, are all constructing portfolios with better potential returns for the year ahead as well.

But for those who wanted the 20% to 30% price increases to deliver significantly better returns, or enable stable returns with significantly less risk assumed, the fact is, neither method is going to be as significant a difference as may have looked possible back in September, we’re now told.

Returns will be better, of course, it’s a firming market so they have to be.

As we explained before, the combination of better rates, tighter terms, in a market experiencing some dislocation and where gradually the quality of risk cessions are also improving, all suggest most ILS players will be able to deliver better returns in an average loss year.

But expectations have fallen over the last few weeks and part of the reason is capital inflows and the ramping up of competitive tendencies in the marketplace.

As a result, it will be interesting to look back, when the dust has settled and see whether there really was anything particularly “hard” about the January 2021 renewals at all, or whether they just turn out to have continued the firming seen at other recent signings.

We’re being told by sources that underwriters are becoming increasingly selective as the renewals near, with certain programs not offering the risk-adjusted rate increases that had originally been hoped for and in some cases were almost promised.

At the same time, we’re hearing of some significant moves to grab shares of programs, with the size, weight, influence, or the desire/need to deploy capital, all resulting in the pricing of some programs and layers looking less attractive than had been hoped.

We’ve also heard of some new capital being touted particularly cheaply by brokers, as some of the fresh raises in the sector are already exerting their lack of legacy and supposed efficiency as a start-up to get onto choice programs in the market.

Of course this is also typical, as new capital does often have to demonstrate its ability to be more efficient than perhaps it, or its backers, would have originally liked to.

All of which is, not actually softening the market, but it is said to be reducing, or moderating, the amount and trajectory of reinsurance and retro rate firming.

Meaning that the actual rates and pricing secured at the January 2021 reinsurance renewals are likely to be a little less exciting than had originally been hoped for.

The barriers to entry for new capital are now much lower.

The appetite of private equity investors to ride the next wave of reinsurance price increases has clearly demonstrated this, as too has the ability of some to raise that capital with seemingly nothing in the way of track-record, or even company infrastructure, to support its deployment to them.

Of course, that’s common in the technology world, where funding can be won on the back of a five slide presentation deck, by the right founders.

We now see this in reinsurance, where name and contacts perhaps have as much value as company infrastructure today, helping to attract new funds.

This has helped to moderate expectations on renewal rates it seems and while the major players appetites for growth in a firming, or hardening, market is also moderating rate increases, together the two are now set to deliver some dissatisfaction with the overall rate environment at 1/1.

One final point to add, is that for many rates have risen enough to whet their appetite for growth and are seen as sufficiently better to allow for more capital deployment.

As strategies and business models evolve and bifurcate in reinsurance, some that perceive their capital as lower-cost, or their business model as more efficient, will feel they can deploy capital at these rates and make better profits than some incumbents.

That’s also a benefit of having a clean-slate and no legacy and it’s clear some of the private equity funding flowing into reinsurance right now has been doing so with the idea that they can design something new, in terms of reinsurance businesses, that has the ability to be more efficient, lower expense and cost, so can underwrite through the cycle at these rate levels that are now less firm than forecast.

Industry dynamics mean something always gives. This time capital and competition seem to be the overriding forces, for now, making for a less hard market than had been expected, although it’s clear pricing is still set to be much more positive than a year ago.