ILS investors have had a significant reaction to two years of major natural catastrophe events where losses increased from initial estimates. Hurricane Irma and last year’s Typhoon Jebi have led to an “emotional reaction” according to Niklaus Hilti, Head of Credit Suisse’s insurance-linked securities (ILS) division. 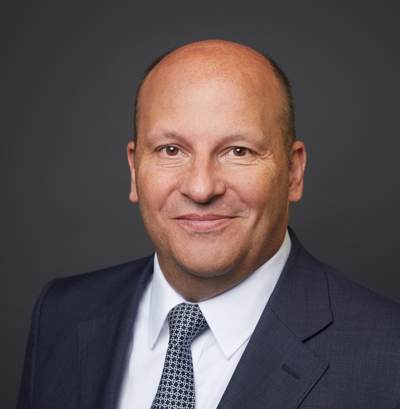 Speaking to Artemis at the Rendez-Vous de Septembre he said there was a feeling that all major events going forward will have similar issues.

“They believe this is now going to be the case, especially for investors who did not go through losses in the past. There is this sentiment where you have two of those creeps in two consecutive years and this doesn’t build trust.”

“Amongst all the losses we have had over the last 15 years in the business, I think the New Zealand earthquake was a challenging one, then Irma and Jebi,” he continued.

“But all the big losses like the Japanese [Tohoku] earthquake in 2011, which were much larger scale losses than Jebi, there was absolutely no problem with creep.”

As a result, he has seen investor appetite for ILS decline somewhat.

“You definitely feel that the enthusiasm has faded a little bit. From our perspective, it’s the combination of two loss years. Investors understand there are losses from time to time, but it’s more the fact they didn’t react according to expectations.”

Knowing there is collateral tied up in reserves until the final magnitude of events such as Jebi becomes clear has not helped with investor sentiment. “My feeling is that investors don’t really understand how much is how much is trapped,” said Hilti.

“The reason for that is that only ILS funds with side pockets are really transparent around how much capital is trapped and is not working. I still think this is not something you see across the industry, so that is why investors don’t see the extent of the trapped collateral.”

Referring to recent moves by the UK Prudential Regulatory Authority (PRA) and other regulators to introduce roll-over provisions, he said the implications of the new regulations could increase the inefficiency of collateral.

“I think it has a it has a statistical drag on performance… of course only in loss years.”

In terms of market pricing and the reaction to capacity contraction in the retrocession space, he said protection retro was no longer available. The view at Credit Suisse is that retro pricing will increase “significantly” in 2020 due to the shortage of capacity.

“The challenge around that is that maybe some reinsurers were designed under the assumption that protection retro is available. Now that it is not available anymore we would expect, probably in 2020, that this has some knock-on effect on the reinsurance side as well, because people cannot afford to have those risks on the book given that there is no hedge available.”

“But we also shouldn’t underestimate is that a lot of the reinsurance companies are very well capitalized and therefore don’t really need retro. I think that has changed over the last 10 years,” he added.