The inherent efficiency of an insurance-linked securities (ILS) placement reduces the ability of one or two large players to dictate price and terms, something that can be evident in syndicated traditional reinsurance transactions, and which Willis Towers Watson Securities says can work help to level the playing field between markets. 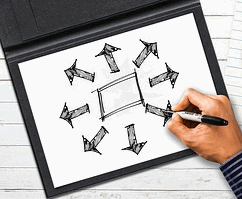 In the aftermath of 2017 catastrophe events and the impressive response of the ILS community, reinsurance market participants have noted the permanence of alternative market capacity and its willingness and ability to pay claims.

The increased sophistication and maturity of both the investor and sponsor base has been noted, alongside the greater understanding investors now have of the catastrophe, and increasingly broader insurance and reinsurance risk landscape.

According to Willis Towers Watson Securities’ (WTWS) Q1 2018 ILS Market Update, one explanation for why the ILS sector performed well last year and is positioned well for the future, concerns the fact ILS distribution can, in some cases, work against the “cartel-like behaviours of lead markets.”

“The “syndication” in syndicated traditional reinsurance placements and the true syndication in a securities placement actually differ to some degree. In a traditional placement, the ability of the lead markets to either support or not support firm order terms as well as their implied renewal rights gives the lead markets enormous market power to increase rates and squeeze out competition,” says WTWS.

WTWS notes that those supportive of the traditional placement process argue that lead players have proven their worth and value, which highlights the benefits of being a larger, more influential market participant, but also the value in long-term relationships.

Ultimately, large reinsurance companies have shown their ability and willingness to pay claims after an event, but the response of the ILS market to three major hurricanes, two powerful earthquakes and two devastating wildfires, shows how the capital markets is also ready, willing and able to provide similar or even improved claims-paying.

WTWS highlights this point in its recent ILS report: “On the contrary, ILS’s splendid behaviour at the January 1 renewal, in the face of reluctant reinsurers, proves the point: Assuming a similar or better claims-paying ability, it is the rate-on-line that determines the competitiveness of a reinsurer.

“By the way it operates, the ILS placement process is simply more efficient.”

During the placement of an ILS transaction, WTWS notes how the market speaks without the ability of lead markets to dictate terms and or price, and to hold up a deal. Firm order terms, as seen with traditional placements, don’t exist, and are replaced by risk spreads driven by supply and demand dynamics.

According to the broker, this means that over the next year investors will continue to allocate capacity to the ILS space, absent a true surprise loss.

“Finally, even more important, we will continue to see a trend toward true syndication with less and less market power for large leading markets. This will all put the reinsurance cycle on life support or worse,” concludes WTWS.

Of course the ILS syndication process as we see it today remains largely driven by human interaction, which means its efficiency is still limited compared to where technology could drive risk markets in years to come.

The adoption of open-platforms for risk transfer, with technology that can match demand and supply, bringing together the right risks with the capacity that has the right appetite for them, will change the syndication and placement model completely and will likely further reduce the influence of lead markets as a result.