The deceleration of third-party, or alternative reinsurance capital expansion in recent times is a reflection of a marketplace that is now growing in a healthier and more mature manner, according to Jerome Jean Haegeli, Group Chief Economist at reinsurance giant Swiss Re. 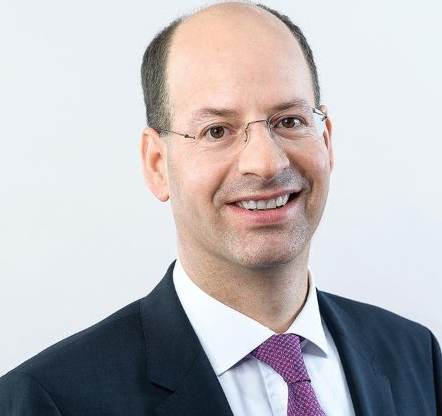 Following rapid growth over the last decade, the entry of alternative capital into the global re/insurance space has slowed on the back of consecutive, significant loss years for the risk transfer industry.

In the first half of 2019, the volume of alternative capital actually declined since the end of 2018, driven by caution from investors, and a mix of trapped and lost collateral.

From its inception, alternative capital has been utilised to cover the most extreme loss events, almost exclusively sitting at the top of reinsurance towers in some form or another, with a heavy focus on the U.S. wind space, which, remains at its core today.

While the market has expanded to other perils and regions and also moved down the tower, currently, its focus remains the property cat space for a variety of reasons that includes ease of entry, advanced modelling and therefore increased risk knowledge, understanding and risk assessment, which in turn drives more sound and adequate pricing.

Owing to its influence on the property cat space, most notably in the U.S. but also in parts of Europe and Asia and in particular Japan, participants in the insurance-linked securities (ILS) space suffered elevated losses for the first time after the events of 2017.

Furthermore, many ILS funds reloaded in time for the Jan 2018 renewals to try and take advantage of post-event rate rises but perhaps didn’t count another year of significant losses from the likes of hurricane Michael, typhoon Jebi, and the devastating California wildfires.

Additionally, the complexity of some of the events resulted in significant loss creep for ILS funds, which remains ongoing and continues to drag on quarterly returns.

In light of the ILS market’s recent slowdown, Artemis spoke with Swiss Re’s Chief Economist, Haegeli at the firm’s London office, about the continued evolution of the ILS sector.

“I think it is interesting the development that we’ve seen in 2019 after extreme, elevated catastrophe losses in 2017 and 2018 and what you’re seeing in 2019, as well, is that investors are now waking up,” he said.

“That alternative capital space is also a complex one, you need to be quite sophisticated in understanding the risks. And why do I say that? Well, because in 2017 and 2018 losses crept up and it led to now, in 2019, investors being much more selective in the capital as well as ILS transactions.

“So, I think in that sense the market is growing more healthy, more mature,” he continued.

As noted by Haegeli, institutional investors that operate in the sector are increasingly sophisticated and mature, and therefore understand that in the risk business losses are always a matter of when, not if.

And while investor appetite remains, trapped and lost collateral combined with a more cautious stance has resulted in a recent market decline, which Haegeli believes “is a sign that the market before was a little bit exuberant.”

Adding, “And, insurance risk can be very, very complex and that is probably also why some investors have been more on the sidelines and more cautious, which is probably also the right thing.”

Artemis met with Haegeli recently to discuss a recent sigma report that reveals an expectation of slow economic growth, continued insurance premium growth of 3%, and a warning that the lower for longer interest rate environment isn’t going away anytime soon.

In light of the dangerous and challenging low interest rate environment, Artemis was eager to hear Haegeli’s thoughts on whether this trend has had an impact on ILS demand.

“However, if you look at it, the alternative capital space is still about a $80 – $90 billion market so it is still a very small market. So, yes, the low interest rate environment definitely had an impact, it was a key driver of that, no question about that,” explained Haegeli.