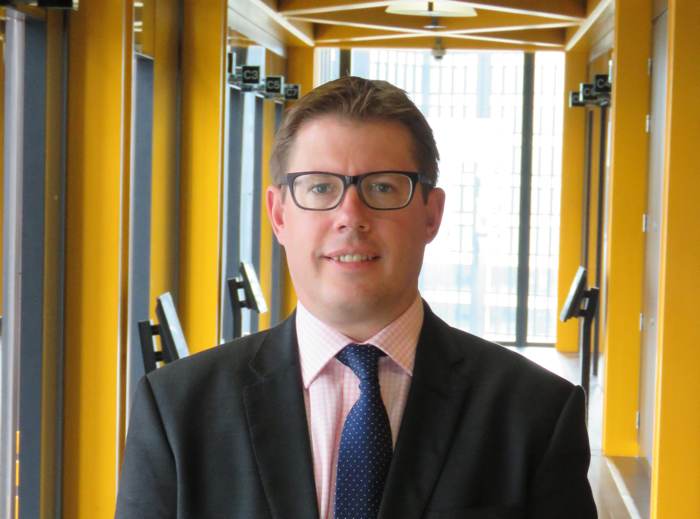 Talking to Artemis around the Rendez-Vous de Septembre, he said the change in economic outlook over the past 12 months is one factor among several that will maintain emphasis on the need to generate an underwriting profit.

“A year ago we’d seen interest rates rising in the US and we were seeing some coordinated global growth going on. But now it’s a much cloudier picture. Now it looks to me like we’re going to be in this low interest rate environment for even longer.”

The operating environment, along with two years of major catastrophe losses and performance reviews at Lloyd’s and other major carriers, including AIG, has resulted in an improved rating environment in primary insurance and reinsurance.

“The market has had to digest a lot of losses, so it’s only natural there would be a pause really and you’ve seen some rate adjustments in the lines and territories that have been most affected by losses,” said Van Slooten. “But it’s tended to be a more targeted response.”

A handful of big losses right near the end of the year in 2018 and a stock market correction put a significant dent in reinsurance company results, he added. “That’s why there is a lot of pressure coming from the investment community these days. They’re applying a lot of external pressure to management teams and that’s one of the reasons why I think you’re seeing there is quite a lot of discipline in the market in 2019.”

The Lloyd’s performance review, which mainly impacted primary insurance lines, targeted classes of business where profitability had been eroded over an extended period of time. “While there isn’t any area where Lloyd’s actually pulled out of the market, there has been quite a constraint of capacity being provided on some of those lines,” said Van Slooten.

“There’s a recognition in the low interest rate environment that you cannot afford to keep making losses on these lines of business year after year after year. It’s forced people to address underperformance.”

Meanwhile, the ILS sector has reached an “equilibrium point”, he said, with the sector going through a learning curve following two major losses years.

In particular, trapped collateral, a lack of meaningful rate increases in 2018 and un-modelled losses have concentrated the minds of investors.

“There is still quite a lot of collateral that is sitting in place on contracts where it is still not very clear whether ultimately there is going to be a loss or not. And that isn’t good for investors, because investors obviously want to be able to get their money out so they can redeploy it.”

“That combination of losses and investors being more circumspect about the models and potentially climate change and whether that’s had an impact has resulted in a lull in the ILS market, where it has kind of paused, but that’s only natural given the market has had to digest a lot of losses.”

Despite a strong performance by the industry in the first half of 2019, there is a lot of sensitivity around what happens during the last few months, according to Van Slooten. If there are significant large losses occur during the final two quarters it could see some investors pull back, he said.

“The industry was on course for some pretty reasonable results last year, but then you had the wildfires and a handful of big losses right near the end of the year. If we get another run of losses this year then some parties will be asking themselves, what is going on and do I really want to continue?”