The performance of insurance-linked securities (ILS) and reinsurance linked investment funds as measured by an Index of the market was negative in November 2018, as the impacts of California wildfires and strengthening of loss reserves drove the Index to a -3.68% return for the month. 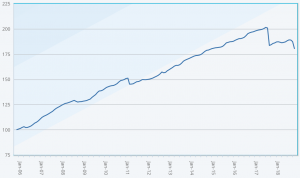 November is now the worst performing month of 2018 for the Eurekahedge ILS Advisers Index and follows a negative September and October, as the impact of 2018’s catastrophe losses reverberated around the ILS fund market.

As ever, performance is not equal across the 33 ILS funds tracked by ILS Advisers and included in the Index though, with a wide disparity of losses across the market depending on how high up the risk tower ILS funds underwrite and how exposed they were to recent loss events.

However, November saw only one of the 33 tracked ILS funds reporting a positive return for the month, reflecting just how severe catastrophe loss impacts have been. The only other month on record where just one ILS fund was positive was September 2017.

November’s performance (-3.68%) is the worst on record for the month since the Index began tracking ILS fund returns in 2006.

The year to end of November performance (-2.98%) is the second lowest since the Index began, falling behind only 2017 for negative returns.

It’s clear that the ILS fund market has faced its two worst years in succession, with 2017 and 2018 returns now resulting in a shake-out for some.

Stefan Kräuchi, Founder of ILS Advisers, discussed the November 2018 ILS fund performance with Artemis, explaining, “Pure cat bond funds as a group were down by -1.21% while the subgroup of funds whose strategies include private ILS decreased by -5.51%.”

The reason catastrophe bond funds were down in November was largely to do with the write-down in value of the wildfire exposed PG&E sponsored Cal Phoenix Re cat bond, as well as further write-downs to aggregate catastrophe bonds sponsored by the likes of USAA.

Private ILS funds, so those that invest in collateralised reinsurance, quota shares, sidecars and other arrangements, fared much worse though. However, even across those funds the performance was far from equal.

As a result, the gulf between best and worst performing ILS fund was stark in November 2018, at 43.23 percentage points, which is the widest gap in the history of the Index.

Pure catastrophe bond funds and those funds investing across the spectrum of ILS instruments were all hit by depressed cat bond prices, as the sell-off for liquidity purposes (which we discussed previously here) drove the market to negative performance for the month thanks to mark-to-market pressure.

Kräuchi said, “In sum, the majority of the funds recorded less than 5% of losses with a few exceptions going beyond 5%.”

He went on to explain that while liquidity remains a concern for some ILS funds that have been hit by trapped collateral, the cat bond sell-off has assisted in some cases.

The recent weeks have provided further evidence of the value of liquidity in ILS assets and the necessity for their to be some available in the market, to enable funds to recover cash when needed.

Following 2017, 2018 has again proven a severe year of losses for some in the ILS fund world, with losses, “somewhat out of many investor’s expectation,” Kräuchi explained.

In November the private ILS funds “experienced significant losses, especially from aggregate contracts where limits have been eroded due to previous nat cat events over the course of 2018,” continued Kräuchi, adding that these losses had a knock on effect to the January renewals, resulting in late signings and price increases in impacted areas of reinsurance.

Private ILS funds now trail pure catastrophe bond funds by a massive -8.20% on an annualised and year-to-date basis, reflecting where the majority of the catastrophe losses have fallen (on private collateralised reinsurance arrangements and in quota shares).

However, the impacts may not be over yet for 2018’s returns.

“We expect some funds to set up additional side pockets at the time they publish December NAV,” Kräuchi revealed.

As we explained earlier this morning there is an expectation of a small hit to some ILS fund strategies from the recent Sydney hailstorm as well, which may dent some ILS fund returns for the final month of 2018. 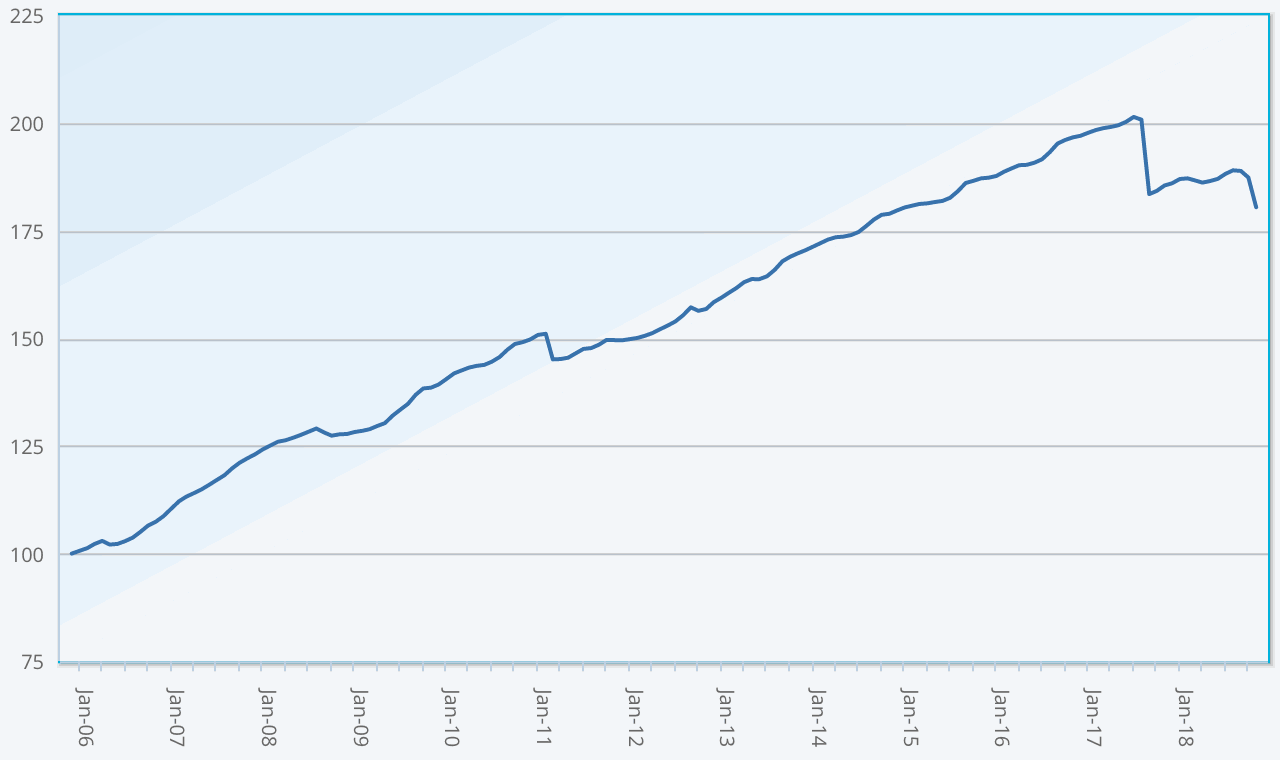