The insurance and reinsurance market loss from recent hurricane Nicholas is estimated to be around US $950 million, according to modelling analysis undertaken by catastrophe risk specialist Karen Clark & Company. 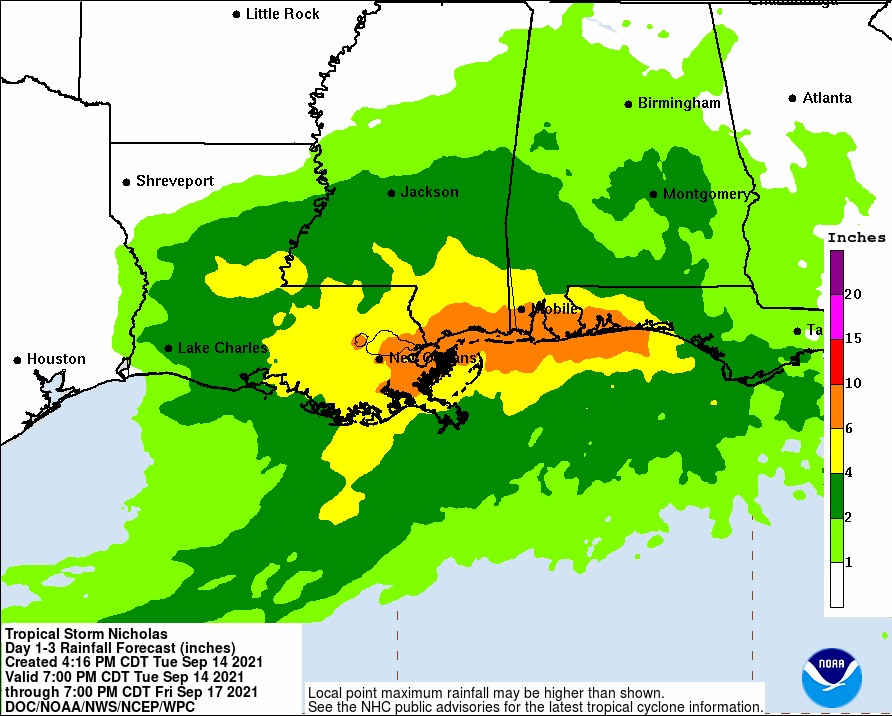 Karen Clark & Company (KCC) is again very quick to produce an industry loss estimate for hurricane Nicholas, a storm that only made landfall on September 14th.

As we explained the next day, BMS Senior Meteorologist Andrew Siffert explained that hurricane Nicholas could cause an insured loss similar to 2019’s tropical storm Imelda, at around $700 million.

Siffert was very close it seems, with KCC’s first estimate being for an industry loss of $950 million.

Hurricane Nicholas made landfall near Matagorda, Texas as a minimal Category 1 hurricane but soaked the region and into Louisiana as well.

The catastrophe risk modeller noted that Nicholas intensified more than anticipated on approach to the Texas coastline, feeding off the warm Gulf of Mexico waters.

Summarising the storms impacts, KCC said, “Hurricane-force winds were isolated to coastal areas, and most wind impacts were from tropical storm force winds. In the Bay City area near the landfall point, there were reports of structural roof damage, damage to exterior walls, and siding damage. Further inland, most impacts included low-level wind damage with more significant damage from downed trees. Over 500,000 people were left without power as a result of high winds and downed trees knocking down powerlines.”

As KCC only provides estimates for private insurance and reinsurance market impacts from catastrophe events, this does not include any NFIP claims estimate, and given Nicholas’s heavy rainfall there is likely to be an additional burden for that Program as well.