Catastrophe risk modelling firm RMS has issued its first estimate of hurricane Maria insurance and reinsurance losses today, putting the Caribbean economic impact at $30 billion to $60 billion and the insured loss in a range from $15 billion to $30 billion. 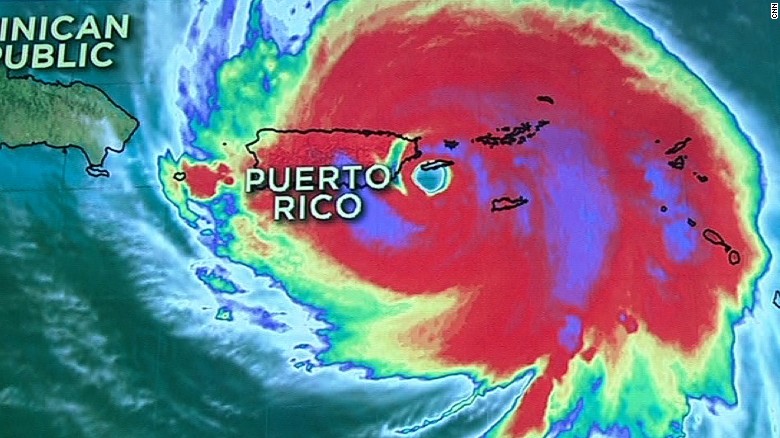 That’s significantly lower than AIR Worldwide’s $40 billion to $85 billion estimate of market-wide insured losses, in fact the discrepancy is so large as to be hard to fathom.

Analysts at Keefe, Bruyette & Woods said that they assume the difference is down to assumptions of insurance penetration rates in Puerto Rico, given that is where the majority of the losses are expected to come from.

Aside from Puerto Rico, Dominica is the other main source of loss in both risk modelling company estimates.

RMS’ estimate includes damages suffered due to wind, storm surge and flood, as well as some business interruption inputs as well from residential, commercial and industrial lines of business, but the vast majority of losses were caused by wind damage.

It’s to be expected that business interruption costs will grow, we’d imagine and it will be interesting to see where this loss ends up as a result.

KBW’s analysts said that the lower loss estimate from RMS should be seen as “an incremental positive for the reinsurers.”

Reinsurance firms have been fielding questions for the last few days, due to AIR’s high estimate of industry losses. They may get a quieter time now that this brings the mid-point of estimates down considerably.

“The Caribbean was hit hard by Maria, but Puerto Rico bore the brunt of insured damage,” commented Michael Young, RMS head of product management for U.S. climate models. “It may have avoided the worst impacts of Hurricane Irma at the start of September, which only glanced the island. However, with Maria, Puerto Rico suffered a direct and costly hit. But although there is over $500 billions of exposure on Puerto Rico, the insurance penetration rate is only around 60 per cent. Thus, significant amounts of property damage will not be insured, and this will limit industry losses.”

This comment does seem to confirm KBW’s thoughts that the difference in estimates will be down to insurance penetration assumptions.

RMS also said it discussed Maria’s impacts with insurers in Puerto Rico, who report that in areas of higher insurance penetration the structural damage could be more limited. As a result, RMS saids that the most catastrophic impacts could have been to regions of the island with very low insurance coverage.

RMS also warns of the potential for loss amplification, with electricity issues, water shortages and damage to infrasturcture all likely to exacerbate the eventual insurance and reinsurance market loss.

“RMS clients are reporting that structural damage on Puerto Rico of key industrial complexes is relatively limited,” added Young. “But the electricity shortages, significant infrastructure disruption, and possible labour shortages, are expected to amplify direct losses by almost 50 per cent, which is reflected in our estimate.”

There’s also the question of availability of workers for reconstruction, supplies and claims adjustors, all of which could raise the expense of the claims as Maria came so close behind other hurricanes this year.

The discrepency between the insurance and reinsurance industry loss estimates from the two leading catastrophe risk modelling firms is a clear demonstration of how difficult the task can be. It also shows that estimates do need to be taken as estimates, with the information that emerges over the weeks following a catastrophe helping to firm these numbers up into something ultimately more accurate.