Our latest on Florence can be found here. Hurricane Florence forecasts are increasingly pointing towards the possibility of a landfall somewhere on the U.S. east coast, with model spread now indicating anywhere the Carolina’s as the likely landfall spot, while intensity guidance still shows Florence regaining major hurricane status.

Florence has now regained hurricane Category 3 strength, having weakened from major category 4 hurricane status, and further intensification is in everybody’s forecast with hurricane Florence now expected to keep churning towards the United States over the coming days and become a major hurricane again along the way.

As a result Florence is now being closely watched by insurance and reinsurance firms, as well as insurance-linked securities (ILS) funds and investors, as some of the forecasts show a path that could cause significant impacts. 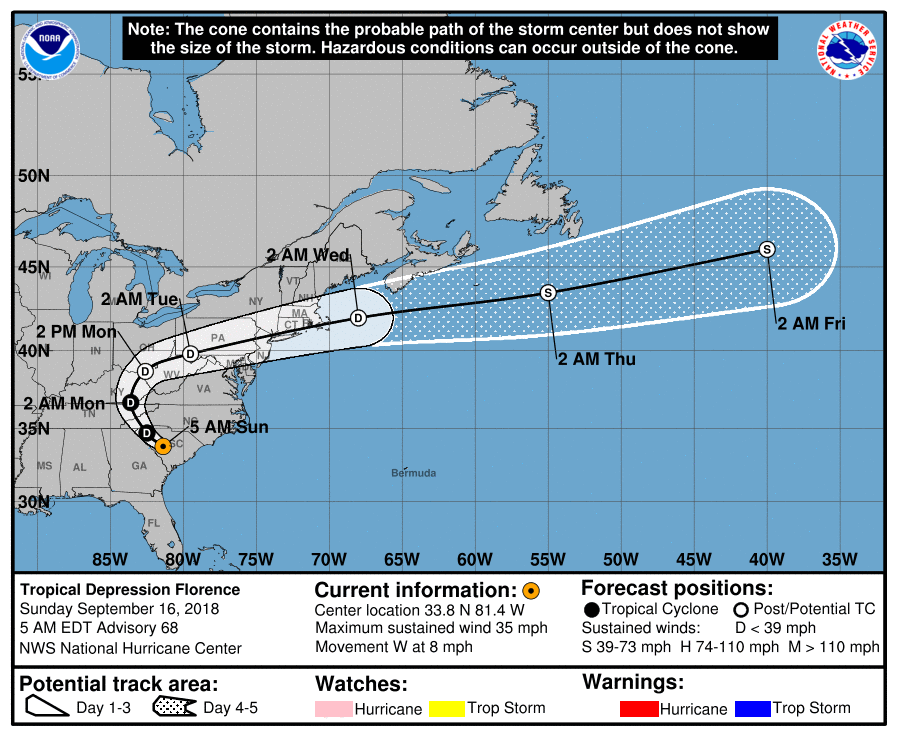 Spaghetti plots from hurricane forecast models and other weather forecast models show the likelihood of Florence making landfall in the United States is now significantly higher, with the cone narrowed on the Carolina’s.

GFS weather models and some of the hurricane forecast models show particularly bad scenario outcomes for Florence, involving a major hurricane landfall around the Carolina’s, followed by a curve north and up the coast slightly before heading back out to sea.

Any scenario like this could result in significant coastal property damage at the least and potential losses to the insurance and reinsurance industry, also with potential ramifications for ILS investments such as catastrophe bonds and other collateralized reinsurance products.

However, it must be stated that there remains a lot of uncertainty in the forecast for hurricane Florence at this time and it is too early to make portfolio decisions based on the current outlook, for the majority of people.

If or when hurricane Florence does make it to the U.S. coastline it could do so as a major hurricane, as intensity forecasts show Florence reaching a higher storm category again.

Most models point to at least a Category 3 hurricane Florence, with some suggesting a Category 4 storm. Given the way Florence intensified before it seems either are possible over the coming few days.

Currently Florence is forecast to remain a tropical storm for the next day or so, after which steady intensification back to hurricane Florence is anticipated.

The NOAA run National Hurricane Center said in its latest update, “Satellite data indicate that maximum sustained winds have increased to near 115 mph (185 km/h) with higher gusts. Florence is a category 3 hurricane on the Saffir-Simpson Hurricane Wind Scale. Further strengthening is anticipated, and Florence is expected to be an extremely dangerous major hurricane through Thursday.”

It’s far too early to speculate about potential industry losses for the insurance, reinsurance and ILS sector at this time, but by late Sunday or Monday a clearer picture of the eventual track hurricane Florence will take should have emerged.

Until then the industry will be watching Florence closely.

Separately, the industry and Caribbean region will also be watching now hurricane Isaac closely, which is currently heading towards the Leeward Islands and forecast to reach them at hurricane strength.

Isaac is approaching the area and the certainty in it passing through the islands at hurricane strength remains, but its eventual path beyond the islands still remains relatively uncertain.

The hurricane center said, “Maximum sustained winds are near 75 mph (120 km/h) with higher gusts. Additional strengthening is expected over the next day or two. Weakening is forecast to begin by the middle of the week as Isaac approaches the Lesser Antilles.” 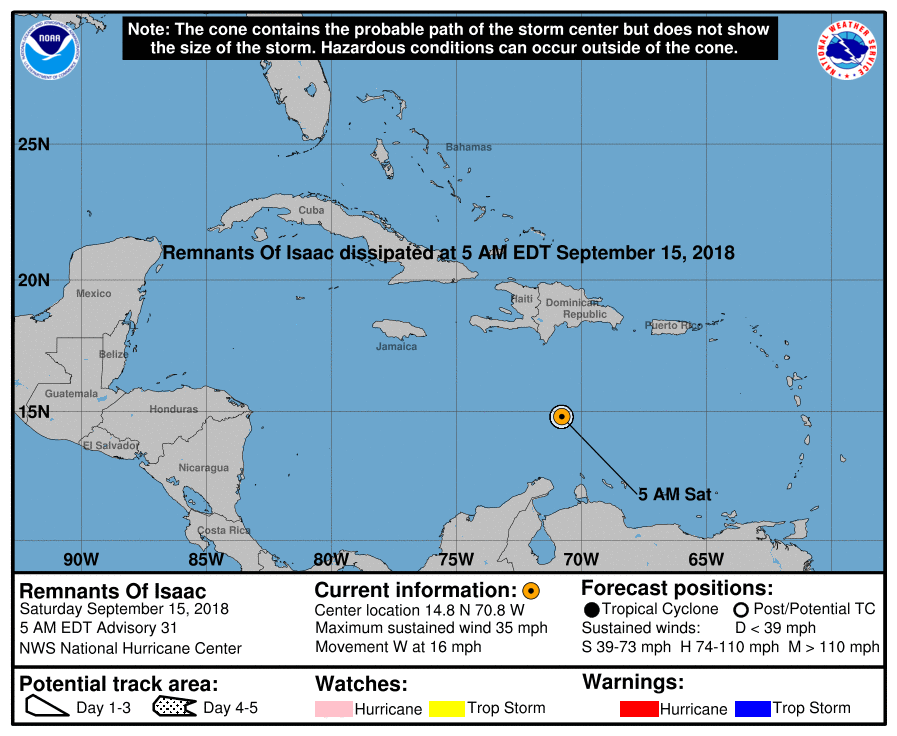 We’ll update you as the forecasts become more certain for both these storms and by visiting our 2018 Atlantic Hurricane Season page you can view our interactive tracking map for all these storms and more details on them.