Higginbotham to lead Swiss Re Reinsurance Asia as CEO

Russell Higginbotham has been appointed as the new CEO of Swiss Re’s Asia Reinsurance division and also Regional President, as the incumbent Jayne Plunkett is set to leave the company after almost 20 years. 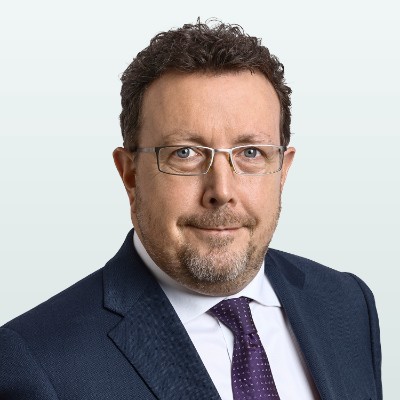 Asia is a key market for Swiss Re, where the firm is perhaps the largest trading reinsurance market and still sees considerable opportunity for expansion and future growth.

Swiss Re puts significant effort into its business development operations in Asia, as it looks to cultivate relationships at the highest level with governments, corporations and insurers, and underwrites both commercial risk insurance and reinsurance at scale across the region.

As a result, the reinsurer is pleased to have been able to fill the gap, opened up by the announcement of Jayne Plunkett’s departure from the firm, with an internal candidate, a sign of the strength in depth at the company.

Russell Higginbotham has worked at Swiss Re for almost 25 years in roles largely focused on reinsurance across the EMEA, UK, Australasian and Asian regions.

His current role at the firm is as CEO Reinsurance EMEA and Regional President, before which he led Swiss Re’s global Life & Health (L&H) Products Division. Prior to that, Higginbotham was CEO of Swiss Re UK & Ireland, CEO of Swiss Re Australia and New Zealand and he has also led the company’s L&H businesses in Japan and Korea.

He will take on the role as of July 8th when Plunkett steps down and departs from Swiss Re, subject to regulatory approval.

Walter B. Kielholz, Swiss Re Chairman, commented on the news, “Considering Russell Higginbotham’s experience across Asia and a very strong track record in the industry, we are confident that he is the ideal candidate to succeed Jayne Plunkett in leading our Asia business.

“On behalf of the Swiss Re Board of Directors, I would like to personally thank Jayne Plunkett for her contribution, engagement and dedication to Swiss Re for close to 20 years. Under her leadership, our Asia business continued to grow at a steady pace, and we’ve increased our focus on China. During her tenure at Swiss Re Jayne has had a successful career, during which she held various leadership roles with increasing responsibility. Prior to her current role she served as global Head Casualty Reinsurance and Head of Casualty Underwriting for Asia, where she focused on growing and developing our business in response to technological changes.”

← Older article July reinsurance renewals may not live up to expectations: Deutsche Bank