Gibson Re sidecar “not changing the recipe book” at R&Q: Spiegel

For Randall & Quilter (R&Q) Investment Holdings, the launch of its first collateralised reinsurance sidecar vehicle today is not about changing the “recipe book”, meaning the firm’s core area of focus in the legacy space remains, according to William Spiegel, Executive Chairman of R&Q. 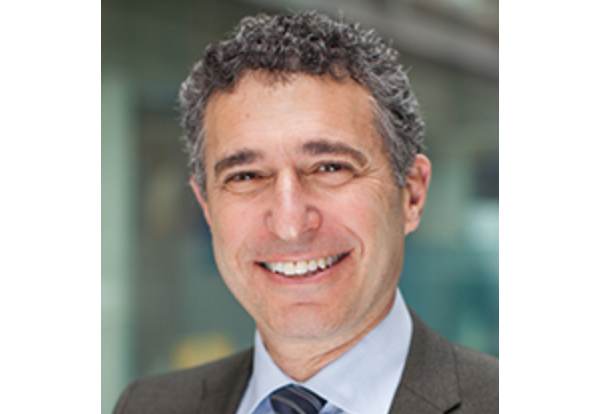 R&Q, the specialist non-life insurance and reinsurance legacy investor and program manager, announced the launch of a $300 million Gibson Re Ltd. collateralised sidecar vehicle today, which has been formed and capitalised by third-party specialist and insurance focused investors.

The legacy and run-off reinsurance space has been a competitive one in recent years, with players increasingly converging on the very large deal space, mostly with private equity investor backing.

R&Q has always adopted a differentiated strategy, with a focus on the smaller to medium sized legacy transactions and acquisitions and this is where the company intends to stay, Spiegel told Artemis in an interview today.

A sidecar is an initiative that R&Q has been exploring for more than two years, so today’s news is seen as a critical step towards embracing a new, capital-lighter business model for the firm.

Spiegel first explained some of the rationale behind launching Gibson Re.

“The legacy business, we’ve always said, was a specialty insurance business. It was balance-sheet intensive, and it required a lot of capital to grow, in a growing sector.”

R&Q sees a potential $1 billion of deals it could bid on and that is seen as capital intensive for a public-market, equity balance-sheet.

“That would require a lot of money to execute on transactions like that, so what we were focused on was the episodic nature of the business and the capital that’s needed to support the business,” Spiegel explained.

Adding that, “We are transitioning and simplifying our business, making it far more capital-light and a model that can be understood, by raising Gibson Re and focusing on origination, underwriting and claims management and putting capital in the hands of a much lower cost-of-capital.

“Which is groups of people that want access to uncorrelated risk. So this was the final stepping stone in making us largely a fee based business.”

It’s a significant change to the way the legacy side of R&Q’s business operates and one that may take some time to earn-out, but Spiegel feels can deliver a much smoother revenue stream.

“This is a very key part of our business model and instead of being episodic and upfront, we’ll now be managing and getting paid fees for at least six years, so any lumpiness will get smoothed out.

“But we have to go through the next few years, in order to put the capital to work, and then we’ll have a very smooth and predictable earnings stream,” he explained to us.

Importantly for R&Q and its shareholders, what isn’t changing is the way the company approaches the market and underwrites or acquires its legacy insurance and reinsurance deals.

Spiegel said that, “Our same underwriting standards need to apply, and they always will apply, because we owe it to our investors, and we have skin in the game. So, nothing is changing in the way we do deals.

“We tend to do fifteen to twenty deals a year. The limitation on our deals has been more capital than opportunity.”

Now, with the Gibson Re sidecar providing this additional capital, that limitation is reduced and R&Q has a new source of capital to help it in executing on its legacy deal flow.

“It’s really not changing the way we do things or the way we bid for deals. What it is changing is the form of our capital,” Spiegel said.

Adding, “I think it’s helpful to the public markets for us not to constantly be going and raising equity capital to support our growth. Which could be dilutive, it could be accretive, but it does require a reliance on the capital markets.

“We’ve increased our firepower and our ability to attract capital to deploy against the legacy market.”

R&Q has elected not to own its collateralised reinsurance sidecar vehicle, which is a little unusual as most sponsors tend to own the special purpose structure and the investors purely allocate their capital to it.

But in the case of Gibson Re Ltd., it has been set up by the third-party investors, along with a second Bermuda based company Gibson Ltd. as a kind of manager.

Spiegel sees this as strategically the right thing to have done for R&Q.

“It’s more efficient for us to put the 20% on our own balance-sheet, not own the sidecar. The sidecar is a separate entity owned by the investors but the relationship is a quota share basis, so any deal we do they will do as well,” he explained.

“That’s part of all of our deals. There should be no cherry-picking and all the deals will be done 80/20 and there will be no change in our underwriting and investment standards.”

The goal is clearly to turn Gibson Re into a sidecar that gets renewed to recapitalise R&Q’s legacy dealmaking firepower as and when needed, to ensure it can always have access to the funds to continue building out its legacy premium and investment portfolios.

Which is why Spiegel sees the sidecar as something permanent, a shift in the business model and one that should see R&Q increasingly reliant on third-party investor capital to support its legacy business.

He told us, “What I do see is that Gibson Re 2, is raised in three years, or however long it takes to put the money to work, and then Gibson Re 3, and it becomes a permanent part of our strategy of continuing to make us a capital-lighter business model.”

“But we need to do a good job,” he said. “This is not a strategy where, the market’s hard and let’s raise a sidecar. Both of our markets have secular growth and in a capital intensive business with secular growth you need access to additional forms of financing and that’s what this is.

“We hope this will be a permanent part of what we do going forward.”

We asked Spiegel whether R&Q has ambitions to tap into third-party investor appetite on the program management and fronting side of its business as well, given that is also fee income based and could also benefit from taking greater ownership of the reinsurance capital supporting those programs.

“I think there is an opportunity,” Spiegel said. “We are the paper for about $900m annualised of gross written paper today and we’ve made it clear to the market we should be at $1.75 billion in 2023.

“We have access to and control a lot of premiums, so is there a way to have a sidecar set up so third-party investors have direct access to the MGA’s we work with? There could be.

“That’s certainly something that’s on our mind but it didn’t have the same level of need, because we’re taking less than 10% and there’s a lot of quota share support, whereas legacy was all on our balance-sheet and it was very capital intensive.”

Getting over the drag of the public-market balance-sheet seems to have been key for R&Q in this transition and Spiegel feels the company’s shareholders should start to think differently about the company now.

Valuation of the business is clearly on Spiegel’s mind and his forecasts for the share price have been bullish historically. It’s going to be interesting to see how the market takes to this new model, given shareholders funds are now perhaps more important for the corporate side, than the underwriting side.

It may take shareholders a little time to come to terms with this, but the potential to lean on efficient capital market funding to support a growing legacy portfolio could come with rewards, as long as the business acquired and written is of high-quality and earns out profitably with no negative surprises.

But there is no temptation here to try and compete for the very largest legacy and run-off market deals, Spiegel said.

“I think if we wanted to we could. But we really like the niche that we’re in, which is the small to mid-sized deals where we have a big competitive advantage.

“If you look at who’s done deals over the last five years, we’ve done more than any other legacy firm and that’s because we do the small to mid-sized deals and we’ve got a good recipe book.

“One of the reasons investors supported us in Gibson is that we’re not changing the recipe book. So, this isn’t about let’s change the deals that we’re doing at all, it’s actually let’s do more of what we’re doing,” he remarked.

On the investor side, unsurprisingly Spiegel wouldn’t be drawn on naming the backers of Gibson Re sidecar, but he’s pleased with the names he’s secured as capital partners it seems.

Explaining that, “They’re very sophisticated insurance investors and that gave us great comfort because it was people that really understood the business. As an asset manager you’re always better off if your investors really understand your business.

“This is a very sophisticated group and we’re very happy to partner with them and hope they will grow with us.”

On the size of the sidecar, at $300 million, which was smaller than the initial sidecar proposals at R&Q had been contemplating, as we covered back in July, Spiegel said the capital raised was designed to match the business opportunities the company realistically believes it can win.

“We raised what we felt we could deploy. This wasn’t an AUM game at all for us. We’ve seen the demand for our capital and we sized this to take advantage of the opportunities over the next three years,” he said.

On the time it could take to deploy the capital, Spiegel added, “I’m hoping we can put the money to work faster, but that isn’t the goal. We might put it out equally over three years, we might put it all out at the end of the third year depending on where the opportunities are.

“Our acquisition approach is unchanged here, we raised what we thought we could invest.”

With the Gibson Re sidecar set to take an 80% share of all legacy deals that meet its requirements, while R&Q’s balance-sheet will get the remaining 20%, both sides will be motivated to ensure the profitability of the business acquired and underwritten.

Spiegel highlighted that the underwriting practices don’t change and neither does the investment side of this business, as legacy and run-off generates significant investable float.

That’s important he feels, commenting, “Everything is aligned. It’s all about alignment of interests, it has to be for the investors.”

Shareholders, analysts and new sidecar investors alike will be watching R&Q’s results closely going forwards, to see how this new strategy beds in and whether the earnings stream is indeed as smooth and predictable as Spiegel hopes for.