Florida’s property insurance reform Bill continues to make speedy progress through this week’s Special Session of the legislature, with it now having passed the Senate, as a largely party-lines vote approved the measures. 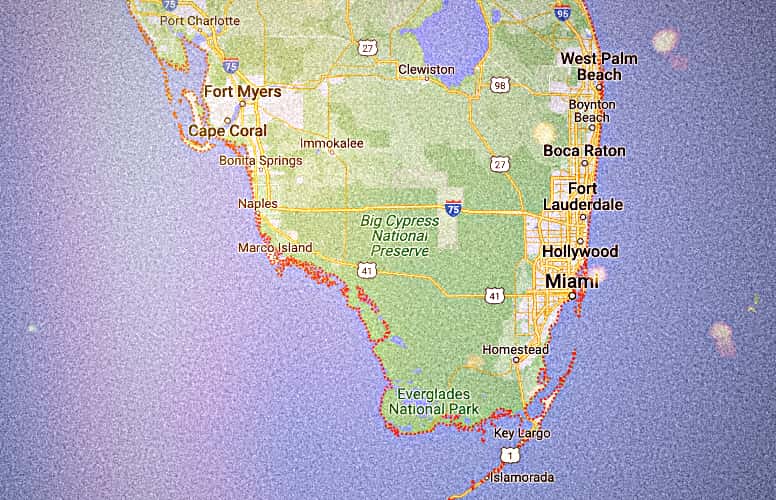 Identical House and Senate bills HB 1A and SB 2A, which are being considered by the Florida Legislature this week during Special Session 2022A, contain a wide-ranging list of property insurance reforms, some of which are considered to have the potential to be meaningful.

The bills are extensive, covering issues related to Florida’s property insurance market, the issues that have been causing litigation and fuelling fraud, as well as provisions for improving the reinsurance situation in the state with a further $1 billion taxpayer-backed layer below the FHCF.

Yesterday, we reported that the proposed bill had passed the Senate Banking and Insurance Committee unchanged, the first hurdle it faced this week.

Now, the Florida Senate has passed Senate Bill 2A as well, in a 27 to 13 vote that was in the main along party-lines, with just one Democrat approving the Republican brought bill, but two Republican senators voting against it.

There are some partisan concerns, in particular related to Florida Citizens and the fact the Bill would mean a policyholder must leave the insurer of last resort if a private market quote comes within 20% of the Citizens premium.

There are also partisan concerns over the elimination of one-way attorney fees and abolishing of assignment of benefits (AOB), two of the most important measures for the global reinsurance industry, as some lawmakers feel these are virtually eliminating the ability of policyholders to seek legal redress against their insurers.

The $1 billion of additional taxpayer backed reinsurance that the Florida Optional Reinsurance Assistance Program (FORA) will provide, if the Bill passes the House and is signed by the Governor, has been less controversial among lawmakers it seems.

However, in our discussions with the industry, reinsurance capital providers aren’t convinced this is sufficient to cover the gaps that will be left in Florida property insurers towers next year unless more can be done to rebuild reinsurer appetite for risk in the state.

In addition, given Florida’s personal property carriers saw their policyholder surplus decline by 23.5% by the end of the third-quarter of 2022, while their average combined ratio was very high at 147.5%, it’s possible that far more capital is going to be required by the sector, meaning a $1 billion layer of emergency reinsurance below the FHCF could prove to be a drop in the ocean at the next renewals, unless reinsurer and capital market appetites can be rebuilt.

“The legislation we passed today brings meaningful assistance for challenges facing constituents across Florida. The toll rebates for frequent commuters and property tax refunds for those whose homes are uninhabitable following recent hurricanes provide swift, tangible relief that will make a difference in the pocketbooks of Florida families,” Senate President Kathleen Passidomo (R-Naples) commented on all the measures debated and passed yesterday. “We know we can’t rebuild a hurricane-destroyed home or lower homeowners insurance rates overnight, but the reforms passed today lay the groundwork for long-term improvements that will give people a place to live while their homes are being repaired or rebuilt as well as structural, pro-consumer changes to our property insurance market that will stabilize the market with the goal of reducing rates over time.”

“With this legislation, we are trying to stabilize a market that is in freefall. Seven carriers have gone insolvent in the past two years, reinsurance is shrinking in the global markets as costs are going up, and Citizens Property Insurance is ballooning once again with more than 1 million policies holders, creating huge liabilities for taxpayers and the threat of assessment for all insurance policyholders. This is an environment that cannot sustain itself,” added Senator Boyd, Chair of the Senate Committee on Banking and Insurance, who sponsored the Bill SB-2A.

“Senate Bill 2A builds on the consumer friendly reforms we passed in May, working to curb rising rates and bring stability to the market for the benefit of consumers. We are striving to help consumers who have paid too much for too long for their insurance coverage so a few bad actors can make millions of dollars on the backs of hardworking Floridians. Forty other states have implemented what we have done here today, with no indication of problems, as over 75 percent of the litigation nationwide still comes from Florida. This is about consumer protection. This is about eliminating abusive lawsuits. This is about increasing opportunities in the market for more carriers to come down here and write policies, driving down costs for consumers.”

The Bill also passed to House panels on Tuesday, although there were discussions around how it puts more legal power in the hands of insurers than consumers, which is likely to be a contentious issue when debated.

Concerns about the potential for the Bill to increase insurance costs for homeowners are also likely to come to the fore and with the Bill’s supporters admitting it could take 12 to 18 months before any benefits, in terms of reduced homeowners premiums, become evident for Floridians, there are still no guarantees this Bill passes easily through the rest of this week. However, its progress so far is promising for those supporting the measures.

This Bill will be taken up on the House floor today. Update: The House duly passed the Bill.