Flat reinsurance & harder retro at 1/1, but 10%+ increases for mid-year renewals

The 1/1 2019 January reinsurance renewal may come out relatively flat, according to analysts at Morgan Stanley following discussions in Bermuda, but the market there is expecting better conditions as the year progresses with 10%+ price increases expected for the mid-year renewals. 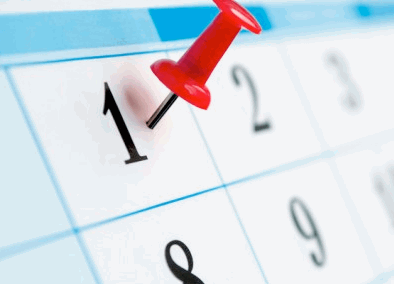 The analysts met with eight leading reinsurance firms in Bermuda in the last week and alongside the usual discussions on market conditions, losses, a potential retrocession capital crunch and ILS market trapped collateral, the outcome was that rates for January reinsurance renewals are not seen to be moving substantially yet.

Two consecutive years of major catastrophe losses have taken their toll on reinsurance and retrocession market capital (as we explained in this article recently), the analysts note, but the dynamics are not as clear-cut as you might expect, in terms of rate trajectory.

While the analysts say that retro capacity could be down 10% to 20%, although as we have explained some traditional markets stand ready to step in, the reinsurance market as a whole appears relatively unaffected by this for 1/1 renewals.

Of course the reason January reinsurance renewals are looking largely flat is the abundance of European programs being renewed and the appetite and ability of traditional reinsurers to soak this risk up at near expected loss levels of pricing, we would suggest.

This has not changed, despite the losses, and European renewals which are a large chunk of January business remain largely unaffected by rate changes and continue to be the domain of the major reinsurers.

That’s not to say there aren’t rate rises being seen, our sources suggest Lloyd’s renewals will be up and some specialty or casualty renewals too.

In retrocession though, the analysts note that the supply demand imbalance that is now evident means rates are increasing +15% to +20% in retro lines.

But the analysts explain, “However, higher retro price has not translated into higher reinsurance rate given the delayed impact. It has been a very late renewal season as majority of the reinsurance contracts are yet to be bound with 11 days left to the New Year. Early indications point to stable reinsurance pricing at Jan 1, with flat to down -5% for some European accounts and loss free clients while insurers with losses could see flat to +5% pricing.”

But optimism abounds for the mid-year renewals, when more loss affected reinsurance accounts will renew and the impacts of higher priced retrocession will have made their way through to reinsurers pricing decisions.

10%+ rate increase are forecast for the April renewals which are focused on Japan. While increases for the Florida and U.S. reinsurance renewals in June and July could be even higher.

Rising retro costs and large losses, plus adverse development from 2017, are the factors responsible for driving rates higher.

While the analysts also note that ILS capital could slow its growth following the losses, we’re already beginning to see initiatives that will drive more capital into reinsurance from third-party investors in 2019, such as the launch of Vermeer Re and new ILS fund manager Merion Square, as well as other significant initiatives we are aware of to target the retro space and to bring ILS capital closer to primary risks.

Of this, the analysts are cognisant, saying, “Longer term, we believe abundant capital, both traditional and alternative, will continue to pressure reinsurance industry returns. This, in turn, could support more industry consolidation.”

That continued pressure is guaranteed and likely to emerge through 2019, we believe.