Decoupling of reinsurance pricing and risk “less than ideal” – KBW

The decoupling of reinsurance pricing and expected reinsurance losses is “a less-than-ideal business model” according to analysts at Keefe, Bruyette & Woods, who feel that price hikes tend to be a reaction to losses, rather than being commensurate with a changing view of risk. 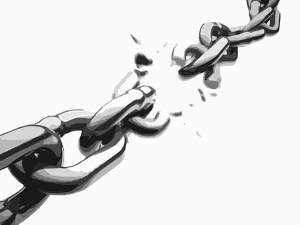 It’s a subject we’ve written about before, that reinsurance price rises tend to be more about being paid back, than an increase in the actual risk profile.

We’ve suggested before that reinsurers should seek to be sustainably compensated for holding the level of risk, over the long-term, rather than competing prices down, discounting for diversification, and then seeking large price increases when the worst happens.

Otherwise price rises can be less likely to persist, more likely to result in the peak and trough reinsurance cycle we’ve seen over the last few decades, and act as a kind of post-loss tax on clients, rather than being designed to compensate risk bearers for taking on an increasing amount of risk.

The analysts do see the prospects of rising rates as good news though, as reinsurance pricing has fallen so far in recent years.

But they worry that rate rises will “look much more like knee-jerk reactions than rational responses to changing loss propensities.”

As a result, KBW’s analyst team says that they attribute post-catastrophe loss reinsurance rate rises to “factors other than higher expected losses, such as recent losses or aggregated available capacity.”

There are, of course, reasons for rate increases other than pay back, including scarcity of capital, factors including the cost of making fresh capacity available at renewals closely following major events, costs borne by reinsurers for responding to complex losses, aggregation of losses and other aspects of doing business that do need to be paid for.

One of these factors is the collateral trapping in ILS and collateralized reinsurance markets, which means that an ILS fund manager can bear an additional financial burden post-loss, as events work themselves through and the collateral is either gradually unlocked, or goes to pay claims.

All of these factors can deserve payback of a kind, but perhaps reinsurance should be priced to consider some of these issues in the first place, so negating the need for peak and trough cycles and large price rises when the view of risk hasn’t really changed?

Of course we already believe the reinsurance cycle is going to be flatter going forwards, as capital and liquidity increases and the capital markets play a growing role.

In this new normal of risk transfer and reinsurance, pricing of risks is increasingly driven by the cost and efficiency of capital, plus the costs of doing business and the costs of losses.

It’s fair to ask whether pricing has been accurately reflecting the changed dynamic following the capital markets entry into reinsurance at all, given the increased efficiency, better access to underwriting and broader distribution of risks, which could have a significant influence on the ability to increase prices going forwards.

So it’s likely more important than ever that both reinsurers and ILS funds ensure they are compensated for taking on risks, as they may not get the payback they expect anymore.

If reinsurance price is decoupled from the risk it puts the sector itself at risk of a greater financial impact after the next major losses happen, with a shrinking ability to gain any significant payback.

So perhaps any price rises we see after recent catastrophe events may stick around for longer, resulting in a slightly higher pricing floor than we see today?

Or will we just see competition and excess capital result in a short pricing uptick, followed by another slow, steady decline in prices to the disappointment of reinsurance market participants?