Differences between estimates are again evident in the catastrophe risk modelling space, as Corelogic delivers a figure for hurricane Florence’s flood insurance industry losses that suggests the NFIP’s flood reinsurance program is still in the frame to be triggered. 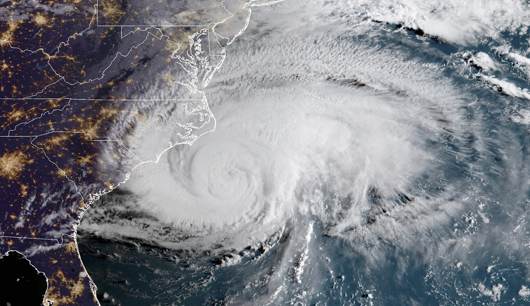 Earlier today we wrote that the industry loss estimate from RMS seemed to put the National Flood Insurance Program’s (NFIP) reinsurance program and cat bond in the clear, given the firm pegged the total market loss at $2.8 billion to $5 billion, including $800 million to $1.2 billion for the NFIP.

That estimate from RMS suggests there is no way that the NFIP’s $4 billion reinsurance program trigger would be reached, nor the $5 billion trigger point for the FloodSmart Re cat bond, but Corelogic’s assessment differs.

Corelogic puts the total insurance and reinsurance market flood loss from hurricane Florence at between $6 billion and $10 billion, across North and South Carolina and Virgina.

The uninsured flood loss is vast, by Corelogic’s reckoning, at $13 billion to $18.5 billion.

But the most interesting aspect of Corelogic’s estimate is that the firm suggests that the NFIP is facing claims in the region of $2 billion to as much as $5 billion from hurricane Florence, the upper end of which will put the NFIP flood reinsurance program in the frame and possibly even the FloodSmart Re cat bond.

In total, Corelogic’s figures imply an economic hit from hurricane Florence’s storm surge and inland flooding of $19 billion to as much as $28.5 billion, while the wind component is assumed only to be $1 billion to $1.5 billion.

While the NFIP figures diverge, with Corelogic’s estimate much higher than RMS’, the wind damage estimates differ in the other way, as RMS estimated that hurricane Florence’s winds caused between $1.3 billion and $2.6 billion of insured losses.

The divergence between these two estimates is so significant as to make it very difficult for the industry to know where the eventual market-wide loss will settle.

Fellow catastrophe risk modeller AIR Worldwide estimated an insurance and reinsurance industry impact of up to $4.6 billion (excluding the NFIP’s losses) for hurricane Florence, so sits somewhere in between.

Wherever the loss eventually settles the divergence in estimates once again highlights the differences between catastrophe risk models, drives home that they can only ever provide directional insights and makes it clear that in order to fully understand the true magnitude of a catastrophe event impact, the industry has to wait for the claims to be settled.

– Quota shares & retro the most likely source of ILS losses from Florence: Fitch.

– ILS industry recognised Florence would not be market-changing.