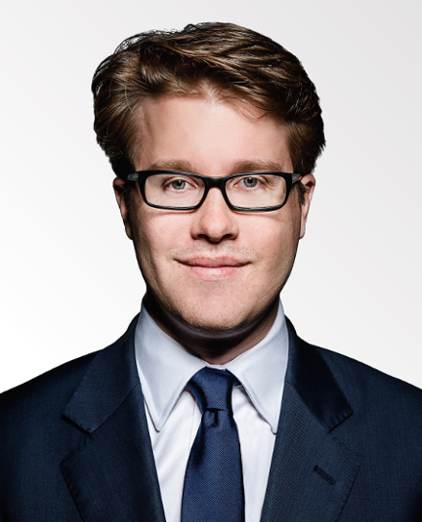 Following more than a decade without a major landfalling hurricane in the U.S., 2017 was certainly a turning point for cat bond performance and investor perception.

Hurricanes Harvey, Irma, and Maria all made landfall within just a few weeks, and, following the impact of the costliest wild fires ever recorded shortly afterwards, investors were reminded that in the risk transfer space, losses are always a matter of when and not if.

While catastrophe activity did fall in 2018 and 2019 when compared with the huge level of losses seen in 2017, loss creep and additionally new losses, most notably in Japan, added further pressures to an already challenging marketplace.

In light of this, Artemis spoke with Twelve Capital’s Steiger about demand for cat bonds and whether he sees any shift in preference within the asset class.

“We see solid demand for cat bonds from existing investors looking to top-up as well as from new investors entering the market. Given that spreads are now at multi-year wides whilst diversification possibilities within the cat bond market have been steadily improving, this should not come as a major surprise. The recent volatility in financial markets has shown us that adding a diversifying asset class, such as cat bonds, to a multi-asset portfolio makes sense for most investors and hence we expect to see more interest into cat bond strategies,” he explained.

Adding, “Another trend that we are seeing is a preference for simplicity and liquidity. The various issues in the collateralised reinsurance market, mainly around valuation, trapped collateral and side-pockets, have resulted in a shift of investor appetite in favour of cat bonds, at least for the time being.

“Ultimately, it is too early to tell if that is just a temporary shift in investor appetite or if that will result in a more substantial shift in the ILS market structure that persists over the coming years.”

As shown by the Artemis Deal Directory, catastrophe bond and ILS issuance has already surpassed $4.5 billion in 2020, with Q1 issuance on track to break all records at a hugely impressive $5.1 billion.

The impressive level of issuance seen so far in 2020 underpins the fact that despite the challenges of recent years, cat bonds have proven to be a robust asset class that was able to function throughout difficult times.

Steiger expanded on this, “Secondary market liquidity allowed for continued trading, there have been no panic sells, the valuation of NAVs continued without any major challenges and ultimately more capital has entered the market than was lost from the various events. Additionally, considering the magnitude of losses from 2017-2019, the performance of the cat bond market is impressive as many cat bond funds have delivered positive performance in every single year.”

Twelve Capital currently manages over $1.3 billion in liquid catastrophe bond strategies and the firm is set to reach a 10-year track record for the asset class later this year. Overall, Twelve Capital’s assets under management (AuM) stands at $4 billion as at December 31st, 2019 of which $1.7 billion is ILS.

Steiger told Artemis that the company is quite satisfied with the performance of its portfolios over recent years, despite its portfolios holding some names which defaulted in the aftermath of 2017 events.

“However, considering the magnitude of losses faced by the (re-)insurance industry, with 2017 being the costliest year on record, we believe that we generated a solid performance for our investors. Our recent success in raising additional capital for our cat bond strategies appears to indicate that our investors agree with that assessment,” continued Steiger.

As covered by Artemis at the time, Twelve Capital recently added roughly 38% to assets held in its UCITS catastrophe bond fund, taking the total to almost $550 million.

Interestingly, Steiger offered Artemis some insight around the investment process of Twelve Capital in cat bonds and how the Zurich-based investment manager has learnt from recent lessons.

“A cornerstone of our cat bond investment process has always been a deep analysis of qualitative aspects of each transaction, primarily from a legal and structuring perspective, together with cedant analysis. This qualitative framework has helped us to avoid some of the losses in the indemnity space, as we could not get comfortable with some of those structures. Pre HIM, it was very challenging to quantify our discomfort with some of these bonds, as there had been a sparse number of losses in the Floridian market in prior years.

“Now, after 2017 there is plenty of data available that allows us to also quantify certain aspects, which we could previously only assess on a qualitative basis. This is especially relevant for Florida and the situation with LAE/AOB, but it is also true for other perils, such as California wild fire, where we have been convinced for some years that standard vendor models are likely understating the risk of losses. So, as part of the lessons learned from recent years, we are now in a position to work with significantly more hard data to come up with a quantitative view of certain risks in the US.”

To conclude, Steiger offered some thoughts on the catastrophe bond sector more broadly, noting some of the challenges currently facing the asset class and what might be valuable to see within the ongoing evolution of the expanding cat bond and ILS space.

“Additionally, we believe that the recent issues in Florida with regards to LAE/AOB should be addressed more proactively by the industry. Unless that happens, cat bonds with complex indemnity structures will have a qualitative disadvantage compared to industry-index linkers.

“Lastly, cedents and brokers need to better understand that cat bonds are purchased by capital market investors. The worlds of reinsurance and capital markets are not always compatible, especially when it comes to instrument eligibility. Introducing undefined perils, such as “other natural peril”, which have little economic impact, might result in cat bonds becoming ineligible from a documentation perspective for certain investors. Also, brokers should ensure that cat bonds receive weekly valuation marks from at least three different brokers.

“These are small things which ultimately should have little to no impact for the cedant, but which do have a great impact for investors. For the cat bond market to continue its success story and to grow further, some improvement with regards to some of these structural issues is definitely needed,” he said.