Insurance industry losses from wildfires in California have hit $1.15 billion in September, with economic losses above $2 billion, and the figure will rise as the season peaks, according to analysis from reinsurance broker Aon Benfield’s Impact Forecasting unit. 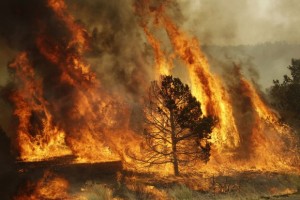 The peak of the California and western U.S. states wildfire season is only just beginning, but the toll to the insurance and reinsurance industry is rising steadily.

In September alone several wildfires impacted California; the Valley Fire, which occurred northwest of San Francisco, was the third-most damaging wildfire in the state’s history, killing four people and destroying 1,958 homes and other structures. Forecast economic losses from the fire were in excess of USD1.5 billion, according to Aon Benfield’s Impact Forecasting unit, with preliminarily insured losses estimated to be over $925 million from this one fire alone.

The Butte Fire, which occurred southeast of Sacramento and was the seventh-most damaging wildfire in Californian history, killed two people and is estimated to have caused economic losses of at $450 million, with insurance losses expected to be above $225 million.

Peak U.S. wildfire season in California only begins in late September and lasts through early November, but wildfires in 2015 have already caused more extensive damage and higher economic loss in the U.S. than in any other year since 2007, Aon Benfield explains.

Adam Podlaha, Head of Impact Forecasting, commented; “The severity of the September wildfires in California serves as a reminder of how costly the peril can be for the insurance industry. With insurers facing more than USD1.0 billion in claims payouts for the Valley and Butte fires alone, it makes it the costliest year for the peril since 2007. The peak of the California wildfire season is just beginning, and Impact Forecasting remains well suited to help our clients assess their risks given our brushfire model for the region.”

With California still officially in drought and much of the state extremely dry, this wildfire season is expected to be characterised by a high risk of wildfires developing. That could result in an escalation of insurance industry losses over the next few weeks, with a risk of some impact to reinsurance layers where they are in place.

It is worth pointing out though that the expansion of terms and prevalence of aggregate reinsurance deals could see any bundled, multi-peril catastrophe contracts finding that wildfires are qualifying towards an erosion of aggregate retention. That’s something that would likely only become clear later in the contract term.