Insurance and reinsurance firms located in Bermuda have paid a huge $19 billion of claims for losses caused by California or Australia wildfires and Japanese typhoons in just the last three years.

The California wildfires of the last three years and the Japanese typhoons of the last two have been some of the biggest events ever seen in those regions, resulting in the largest losses in each cases.

Bermuda’s insurance and reinsurance market responded to this, paying claims amounting to almost a fifth of the sectors capital and surplus to support these catastrophe affected regions of the world.

The Bermuda Monetary Authority (BMA) has aggregated claims data from the companies in the Bermuda market, including the special purpose insurers (SPI’s) that would account for some insurance-linked securities (ILS) activity, in the way of catastrophe bonds, collateralised reinsurance and sidecars.

The BMA explained that its survey found Bermudian re/insurers have been a “material contributor” to the recent wildfire and typhoon insured losses.

Despite these losses being material to the regions affected, they weren’t for Bermuda’s strong insurance, reinsurance and ILS marketplace, with only a minimal observed impact to capital and limit available.

You can see the results of the BMA survey below: 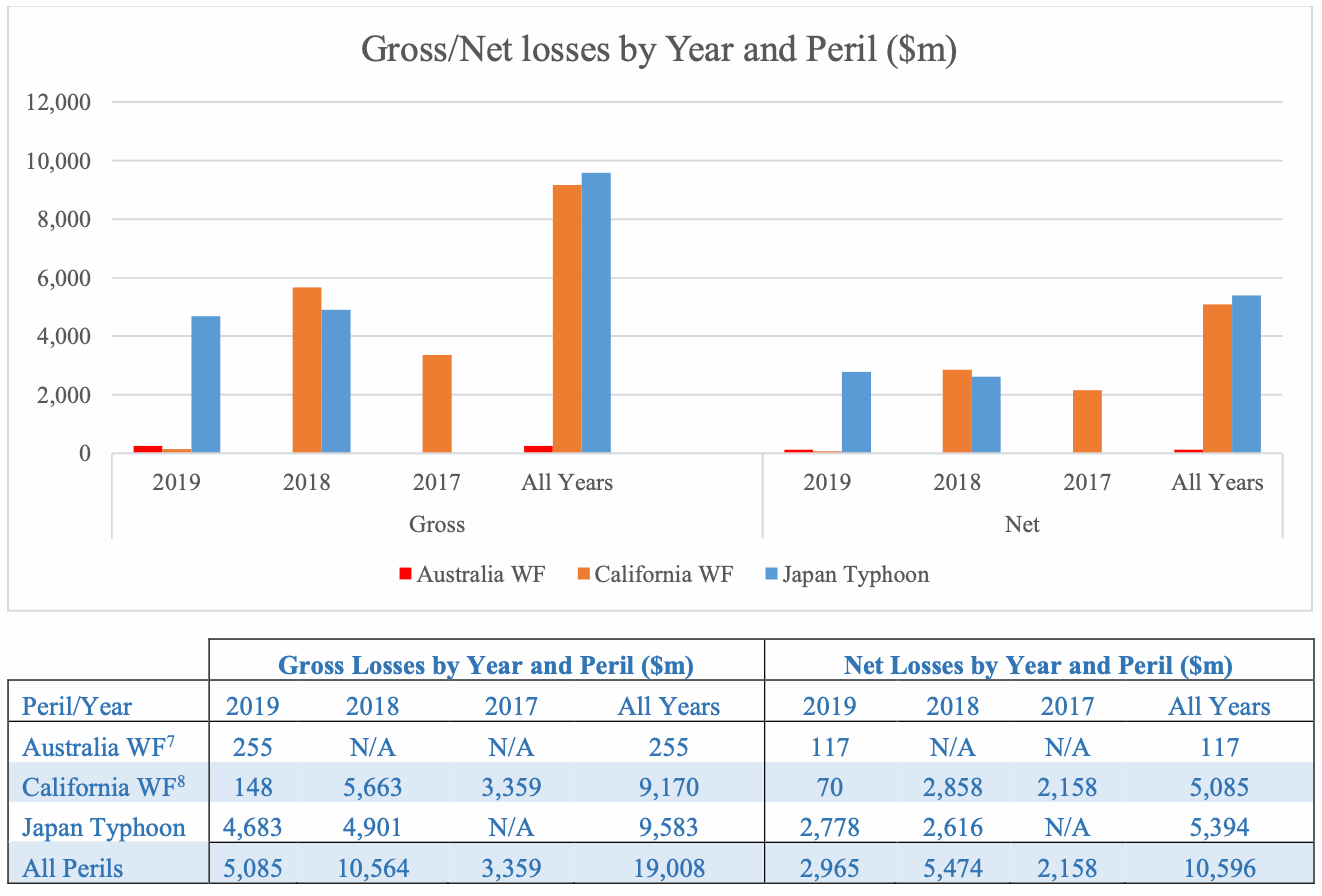 “From a solvency perspective, none of the surveyed perils have had material impact on the financial position of the Bermuda market,” the BMA explained.

On a gross basis, the largest single loss event for Bermuda’s insurance and reinsurance industry was Typhoon Jebi at $4.1 billion, followed by Typhoon Hagibis at $2.6 billion and the Camp Fire at $2.5 billion. On a net basis the order is the same.